‘The End of Science’ + Why No Warnings on Miralax for Kids?: ‘This Week’ With Mary + Polly 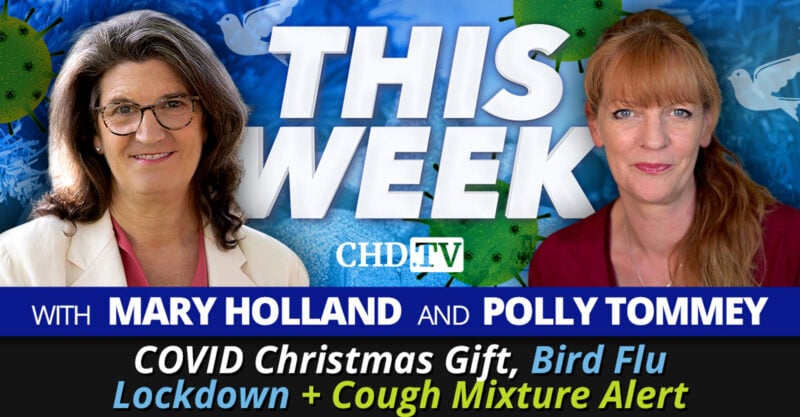 This week, Mary Holland, Children’s Health Defense (CHD) president, and Polly Tommey, CHD.TV programming manager, covered the latest headlines on COVID-19, Big Pharma and other issues, including news that based on a new preprint analysis by professor John Ioannidis, there’s no reason for anyone to live in fear anymore, regardless of age, as the risk of dying from COVID-19 is — and always was — minuscule across the board.

Polly and Mary also discussed how it’s becoming ever more clear that the most influential health authorities around the world are now blatantly lying to the public, given the current status of scientific and medical information.

Plus, an essay by Emily Oster, Ph.D., published Oct. 31 in The Atlantic suggesting we “need to forgive one another for what we did and said when we were in the dark about COVID” is fanning the flames of fury among those whose lives were destroyed by ad hominem attacks, de-platforming, delicensure, demonetization, demonization and debilitating vaccine injuries.

Also on tap this week: Rutgers Robert Wood Johnson Medical School has been selected as a clinical trial site for the global Pfizer-BioNTech research study to evaluate the safety and efficacy of the bivalent COVID-19 vaccines in children under age 5.