"Astronomical corporate profits confirm what corporate executives have been telling us on earning calls over and over again: They're making a lot of money by charging people more." 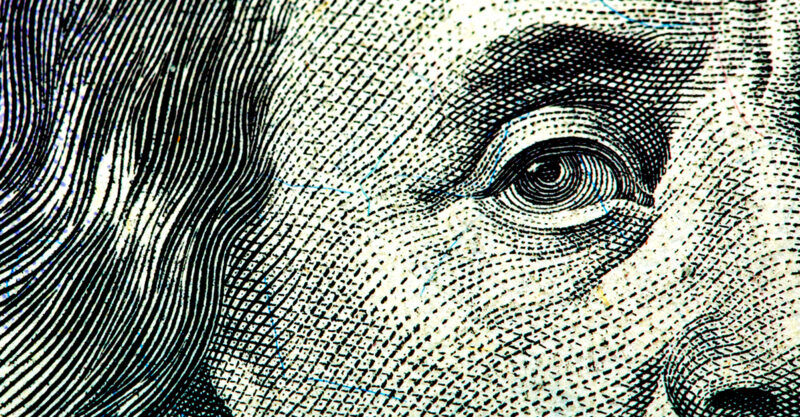 Federal data published Aug. 25 show that nonfinancial corporate profits in the U.S. surged to an all-time record of $2 trillion in the second quarter of 2022 as companies continued jacking up prices, pushing inflation to a 40-year high to the detriment of workers and consumers.

According to figures released by the U.S. Department of Commerce’s Bureau of Economic Analysis (BEA), corporate profit margins over the past three months were the widest they’ve been since the 1950s as ongoing price hikes pad the bottom lines of large businesses — and eat into the paychecks of employees.

“We can argue until the cows come home about the cause of inflation,” Chris Becker, senior economist at the Groundwork Collaborative, wrote in response to the new data.

“But we can’t lose sight of the basic moral point that it is outrageous that corporations are seeing skyrocketing profits while purchasing power for so many American households is declining.”

Bloomberg noted Thursday that “with household budgets squeezed by the rising cost of living, some firms have been able to offset any slip in demand by charging more to the customers they’ve retained.”

“Across the economy, adjusted pretax corporate profits increased 6.1% in the April-to-June period from the prior quarter — the fastest pace in a year — after falling 2.2% in the first three months of the year,” the outlet continued.

Rakeen Mabud, the Groundwork Collaborative’s chief economist, said in a statement that the “astronomical corporate profits confirm what corporate executives have been telling us on earning calls over and over again: They’re making a lot of money by charging people more, and they don’t plan on bringing prices down anytime soon.”

“Corporate profiteering continues in full force — and all of us are paying the price,” Mabud added.

“This data should be a wake-up call for policymakers. Megacorporations are a key driver of high prices — and we need bold action to rein them in.”

The BEA numbers came after oil companies, food giants and other major businesses reported record-shattering profits in the second quarter of this year as they take advantage of Russia’s war on Ukraine, the ongoing coronavirus pandemic and supply chain disruptions to drive up prices.

According to one recent analysis, the profits of eight top oil companies — including Chevron, ExxonMobil and Shell — are up 235% compared to last year.

“The glaringly obvious takeaway from this new data is that market power is a key driver of rising prices,” said Sarah Miller, executive director of the American Economic Liberties Project.

“Policymakers need to use this new information — which confirms what working families across the country know all too well — to attack concentrated corporate power immediately and aggressively across the board.”

“And it means banning large mergers, stock buybacks, and ‘payoffs for layoffs’ to help build durable market power for working people and consumers and level the playing field for small businesses and entrepreneurs.”

The newly enacted Inflation Reduction Act includes a corporate minimum tax, limited drug-pricing reforms and a small levy on stock buybacks, but experts say the measure by itself is unlikely to meaningfully curtail companies’ power to set prices as they please for the benefit of their executives and shareholders.

The Federal Reserve, meanwhile, appears poised to continue hiking interest rates aggressively in its bid to tame inflation, risking mass layoffs and a recession that would disproportionately harm ordinary people.

“While corporations enjoy record profits and CEOs get millions more in bonuses, workers are still waiting in vain for better working conditions and working families are still reeling from the immoral price-gougers who jacked up their expenses under the guise of inflation,” said Helen Brosnan, executive director of Fight Corporate Monopolies.

“Our politicians have a choice: stand up to corporate monopolies and their corrupting influence or stand by while they take advantage of working people trying to pay their bills,” Brosnan continued.

“Until then, it’s fair for voters to continue to wonder whose side you’re on, and whose interests you’re protecting.”