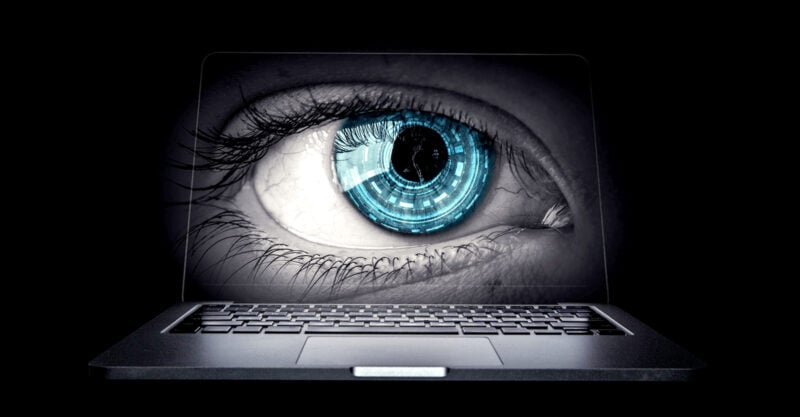 For generations, workers have been punished by corporate bosses for watching the clock. But now, the corporate clock is watching workers! They count this as progress.

Called “digital productivity monitoring,” it’s an integrated computer system including a real-time clock, camera, keyboard tracker and algorithms to provide a second-by-second record of what each employee is doing.

Jeff Bezos, boss of Amazon, pioneered the use of this ticking electronic eye in his monstrous warehouses, forcing hapless, low-paid “pickers” to sprint down cavernous stacks of consumer stuff to fill online orders, pronto — beat the clock or be fired.

So, they’ve been installing these unblinking digital snoops to watch their employees, even timing bathroom breaks and constantly eyeing each worker’s job performance.

New software with such Orwellian names as “WorkSmart” and “Time Doctor” has been plugged in to count workers’ keystrokes and — every 10 minutes — to snap pictures of workers’ faces and screens, recording all on individual scoreboards.

You are paid only for the minutes the computers “see” you in action. Bosses hail the electronic minders as “Fitbits” of productivity, spurring workers to keep noses to the grindstone and instilling workplace honesty.

Only … the whole scheme is dishonest. No employee’s worthiness can be measured in keystrokes and 10-minute snapshots!

What about thinking, conferring with colleagues, listening to customers, etc.? Nope — zero “productivity points” are awarded for that work.

For example, The New York Times reports that the multibillion-dollar United Health Group marks its drug-addiction therapists “idle” if they are conversing offline with patients, leaving their keyboards inactive.

Employees mostly call this digital management “demoralizing,” “toxic” and “just wrong.” But corporate investors are pouring billions into it. Which group do you trust to shape America’s workplace?

What makes a newspaper great? Many say it’s having fearless, street-savvy reporters. Some say it’s having owners and top editors with the integrity to shine the light of investigative journalism on the power structure’s avarice and abuses.

But, no, says Fred Ryan, top executive of The Washington Post. The secret to greatness, he barks to the Post’s journalists, is attendance.

A right-wing political functionary, Ryan was handpicked to be CEO of the legendary paper by Jeff Bezos in 2014, when the Amazon billionaire bought the Post.

But under Ryan’s stewardship, readership is in decline, which the former staff director for Ronald Reagan blames on sluggards who don’t spend enough time in the newsroom. So, he’s become the hall monitor, keeping tabs each morning on which reporters come to the office, measuring their productivity by attendance.

Having only been a corporate bean counter, never a journalist, Fred seems unaware that a good reporter’s real work is out on the beat, not sitting in front of a computer. No doubt he would’ve fired Bob Woodward and Carl Bernstein for being out of the office so often to meet with Deep Throat to uncover Nixon’s Watergate scandal.

In fairness, though, he apparently has a two-part plan to boost team spirit: (1) Eliminate 100 reporters and (2) judge the output of the remaining staff by counting the number of video conferences they attend each week.

But that’s hardly the totality of Ryan’s journalistic innovations. The big news is that, to boost readership, he’s hired not one, but two high-dollar public relations firms to create a cutting-edge “branding strategy” and advertising campaign for the Post.

Already they’ve come up with a spiffy new corporate slogan: “We don’t just break news. We break ground.” Wow — how great is that? (Never mind that some wags have changed the second line to, “We break wind”).

When overpaid corporate boneheads like Ryan substitute slogans and computer metrics for real solutions, they’re admitting that they are the problem; they simply don’t know how to motivate and manage a creative workforce. They should resign in shame.

Jim Hightower is a national radio commentator, writer, public speaker and author of the books “Swim Against The Current: Even A Dead Fish Can Go With The Flow” and “There’s Nothing in the Middle of the Road But Yellow Stripes and Dead Armadillos: A Work of Political Subversion.”