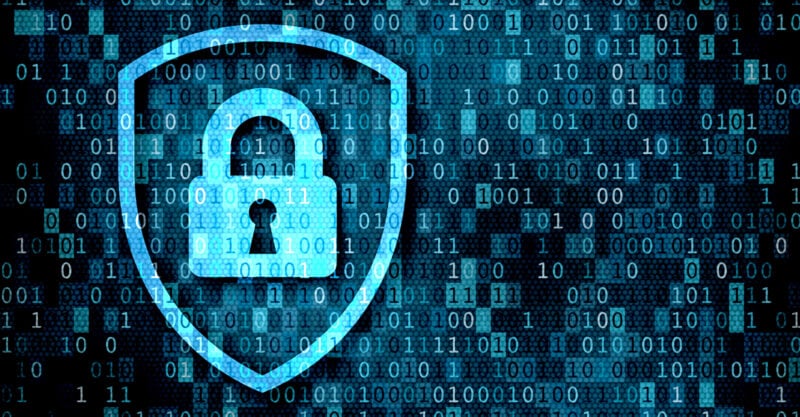 As the Federal Trade Commission (FTC) last week launched a long-awaited rulemaking process, progressive watchdog groups urged the agency to swiftly implement digital privacy measures that would shield internet users in the United States from the predatory data practices on which technology firms and other corporate actors rely for profit-maximization.

The FTC announced in June that it was considering new regulations to crack down on surveillance advertising, the sale of private information by data brokers, discriminatory algorithmic decision-making and other harmful operations.

With last week’s release of an Advance Notice of Proposed Rulemaking (ANPR) on commercial surveillance and data security, the FTC invited public comment “on whether it should implement new trade regulation rules or other regulatory alternatives concerning the ways in which companies:

Digital rights advocates from Free Press explained in a statement that “the role of the ANPR is to ask questions and seek comments, not draw conclusions.”

But the FTC’s notice acknowledges — citing evidence already available in filings, published news reports and petitions — that “companies’ growing reliance on automated systems is creating new forms and mechanisms for discrimination based on statutorily protected categories, including in critical areas such as housing, employment and healthcare.”

“The growing digitization of our economy — coupled with business models that can incentivize endless hoovering up of sensitive user data and a vast expansion of how this data is used — means that potentially unlawful practices may be prevalent.”

“Our goal today,” Khan added, “is to begin building a robust public record to inform whether the FTC should issue rules to address commercial surveillance and data security practices and what those rules should potentially look like.”

1. Firms track & collect data on Americans at a stunning scale—on our location, our health, what we read online, who we know, what we buy. @FTC is seeking comment on whether to issue rules aimed at commercial surveillance & lax data security practices.https://t.co/w4tvOhs4FV

Campaigners welcomed the FTC’s move, which was approved in a party-line 3-2 vote by the agency’s Democratic appointees — Khan plus Commissioners Rebecca Kelly Slaughter and Alvaro Bedoya, the latter of whom was narrowly confirmed by the Senate in May.

“With this first step towards a privacy rule, the FTC could help create an online environment that is free from unwanted surveillance and data harvesting,” Emily Peterson-Cassin, digital rights advocate for Public Citizen, said in a statement. “Online activities are a huge part of all our lives, yet our digital privacy rights and autonomy have never been adequately protected.”

“There is a long road ahead, and Big Tech will try to bend the rules in their favor,” said Peterson-Cassin. “Restrictions on the collection and monetization of online data strike at the heart of their exploitative business model, so the tech giants are right to be worried that accountability finally may be coming. The FTC should move this rule along as quickly as the process allows.”

“The FTC’s announcement is tremendous news, and a much-needed formal start to a proceeding that has been percolating for quite a long time now,” said Wood. “More than three years ago, Free Press Action helped lead the effort to refocus the privacy debate on corporate abuse of sensitive personal data that most impacts communities protected by civil rights laws.”

“We’re gratified to see the portions of Thursday’s FTC notice that zero in on the need for protections against these kinds of violations,” Wood said. “Chairwoman Lina Khan and her fellow Democratic commissioners Slaughter and Bedoya, who all voted the right way Thursday, likewise stressed the need for new rules that would protect people’s civil rights in our digital economy.”

The agency’s ANPR comes as members of Congress consider the American Data Privacy and Protection Act, which aims to establish a comprehensive framework for data privacy and security.

The House Energy and Commerce Committee approved the bill last month by an overwhelming 53–2 margin, and it could move to the House floor once lawmakers return after the August recess.

Khan, Slaughter and Bedoya “got it exactly right when it comes to the topic of ongoing legislative processes,” Wood argued.

“A strong bipartisan privacy bill has progressed remarkably far in the House,” Wood said. “If and when it passes, it could reshape the legal landscape and provide the agency with new mandates and powers. But the FTC still can and must move quickly to use the considerable authority it already has, not wait for Congress to pass something new when there is no guarantee that any bill will become law.”

“It’s high time for the FTC to establish clear rules against data practices that undermine civil rights and sabotage access to opportunities,” Wood continued. “Through an open and participatory rulemaking, the FTC can build a record of the harms and establish guardrails against discriminatory and extractive data practices that disproportionately harm people of color.”

Wood noted that progressives have spent years calling on Washington “to protect our personal data from misuse by big companies like Alphabet, Amazon and Meta, as well as smaller but no less nefarious data brokers.”

“These companies manipulate and exploit data for their own gain, and also allow bad actors to spread disinformation and deprive people of access to vital information about employment, voting, housing, healthcare and educational opportunities,” Wood said. “Now the FTC can move forward with a rulemaking that checks these abuses and affirms the integrity of online spaces for all.”

Josh Golin, executive director of Fairplay, said that his group is “particularly pleased that the FTC is asking the right questions about data-driven, personalized marketing to children and teens.”

Sen. Ed Markey (D-Mass.) also applauded the FTC for “working to give users the privacy protection they deserve” and called on Congress to pass the Kids Internet Design and Safety Act “to further protect young people online.”

We have reached a crisis point for children and teens’ well-being online. I’m glad to see @linakhanFTC and @FTC working to give users the privacy protection they deserve. Congress must also pass my legislation to further protect young people online. We must act now. https://t.co/Py7Kp8xJZg

Surveillance ads, Golin pointed out, enable marketers to use sensitive personal data collected on social media platforms to “target young people’s individual vulnerabilities, to entice them with entreaties based on their geolocation, and to even target them based on emotional states.”

“A leaked Meta memo showed the company bragging to advertisers that they could target teens at the exact moment they felt bad about themselves, and researchers were able to target ads to teens on Facebook based on their interest in dieting, alcohol, and gambling.”

“The internet plays an undeniably large role in the lives of children and teens in the U.S., from education to recreation and socializing,” Golin added. “Young people deserve to explore the digital world free from manipulative surveillance. We are hopeful that this process will create essential new safeguards for children and teens online.”