In an appearance on “RFK Jr. The Defender Podcast,” comedian JP Sears said any good joke is rooted in truth, but big-name comedians are now “narrative-based” rather than “truth-based.” 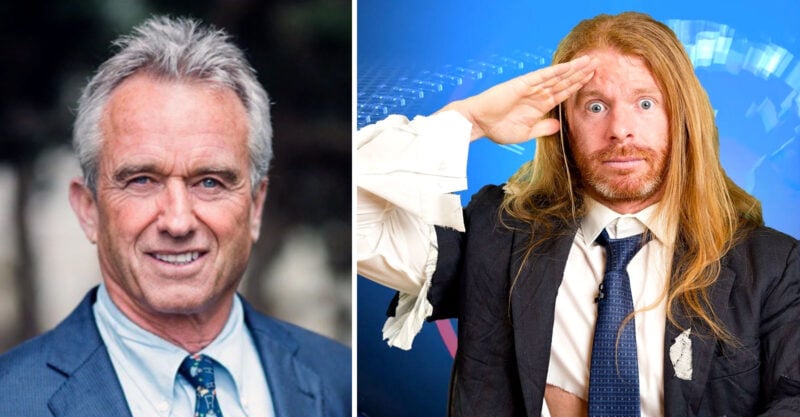 In an appearance on “RFK Jr. The Defender Podcast,” comedian JP Sears spoke with Robert F. Kennedy, Jr., chairman and chief legal counsel of Children’s Health Defense, about facing up to the Great Reset with humor and bravery.

Sears’ popularity has soared in the wake of COVID-19 mandates thanks to his cutting satire. His YouTube channel, Awaken with JP, has more than 2.3 million subscribers.

In a 45-minute discussion, Kennedy and Sears talked about comedy, the outrageous, transparent plans of the totalitarian elite and the importance of hope.

Kennedy joked with Sears, saying, “So the world is nuts, right? JP, is there any hope?”

“The world is nuts,” agreed Sears, but added, “there is hope, man. I think hope is a beautiful thing. And I think we have great reason for there to be hope.”

When COVID restrictions began in the spring of 2020, Sears said, he came to a realization:

“The biggest thing that changed in my life was an internal realization that freedom is my No. 1 value. I can’t take freedom for granted and I’ve got to do something about freedom in my own small way.

“So my professional landscape completely changed … now almost entirely my comedy and my content are about calling out corruption and standing up for freedom and giving the little guy a voice.”

“From the first time I saw you, you were a real symbol of hope to me,” Kennedy told Sears. As a student of history, Kennedy said, he has noted rebellious movements take hold when artists, comedians and musicians begin to find inspiration.

“You were really the first comedian to come out and start doing the job of comedians,” Kennedy said. It’s very important to make people laugh, he said, but another duty of comedians is to ridicule leaders and “accumulations of power.”

Before COVID and its restrictions set in, Sears was popular for his bits skewering what he called the egotistical nature of the health and well-being world.

He said he was aware of the corruption in Big Food, Big Pharma and Big Chemical, but the Great Reset opened his eyes:

“My world’s completely changed [since 2020] and I don’t like the corruption, but I would say [there is] some silver lining. My world’s changed for the better. I’ve gotten stronger as a person, I’ve connected to like-minded, like-hearted people like you … it’s kinda like we’re in the foxhole together.”

“Don’t tell the tyrants this, but I think the tyrants are strengthening the side of the good guys because the muscle can only be as strong as the weight is heavy. We all know Luke Skywalker needs Darth Vader.

“So I think these guys are helping people like you and I — and other people that are on team humanity — helping us realize strength.”

Kennedy and Sears also discussed the state of mainstream comedy.

“Any good joke is rooted in truth,” said Sears, but big-name comedians are now “narrative-based” rather than “truth-based.”

Kennedy agreed. “From Howard Stern to Jimmy Fallon to — you know, all of them — they’re not dissident forces anymore,” Kennedy said. “They are the king’s jesters.”

Sears agreed and attributed the shift to the comedians following the “the money trail” and not “the courage trail.”