On the “RFK Jr. The Defender Podcast,” author Hillary Johnson and Robert F. Kennedy, Jr. discussed the origins of chronic fatigue syndrome — and government agencies’ reluctance to fund research into the debilitating disease. 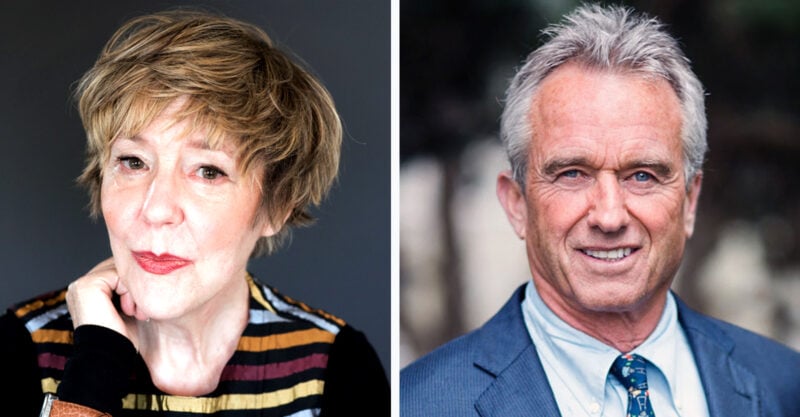 It’s no mystery that chronic fatigue syndrome (or myalgic encephalomyelitis [ME]) is a viral disease, according to Hillary Johnson, author of “Osler’s Web: Inside the Labyrinth of the Chronic Fatigue Syndrome Epidemic.”

“It’s not some ‘big stew’ or some combination of things that produces this extremely discrete disease,” she said.

Johnson and Kennedy discussed the origins of ME, which date to the late 1970s and early 1980s, around the same time AIDS emerged in the U.S.

From the beginning, experts commonly dismissed ME, with some disparagingly calling it “yuppie flu,” Kennedy pointed out.

He reminded listeners that when people first started taking notice of what came to be called chronic fatigue syndrome, which appeared mainly in women, some attributed it to “the incapacity of women to perform corporate-type jobs.”

Psychiatrists and public health officials “blamed this on women,” he said.

In the early 1980s, health experts wondered whether ME was a sort of “subset” of AIDS, or if AIDS was a subset of ME, because cases of the two diseases were “exploding simultaneously,” said Johnson.

She said the term “chronic fatigue syndrome” was coined by the Centers for Disease Control and Prevention (CDC) in 1988.

“It was a name that was really conjured to cover up the severity of this disease, which actually for decades prior to ‘88, was known ‘myalgic encephalomyelitis,’” she said.

One of the reasons ME was ignored, lied about and underfunded is that it is a disease of women, said Johnson.

“Certainly men do get this disease,” she said, “but statistically it’s very well known and documented that women get this disease in a ratio of … 3 to 1 [or] 4 to 1 … [it] could be [that] as many as 80% of people who suffer this disease are women.”

By conservative estimates, Johnson said, about 1% of the world’s population has ME.

“That is shocking and appalling — to think that one out of every 100 people is suffering from this absolutely devastating, disabling disease,” she said.

The term “chronic fatigue syndrome” was a sort of “corporate brand” the CDC created to obfuscate the severity of ME, said Johnson.

“This is very likely a transmissible infectious disease and it can be lethal. People do die of it. The morbidity is simply unknown.

Kennedy brought up the theory that polio vaccine contamination may have introduced a simian virus (SV40) into the population, causing an outbreak of ME. He also proposed the possibility that ME is caused by chemical exposures or vaccines.

“The problem with a disease like this is whatever’s causing it is almost certainly emblematic of a failure of government regulation,” Kennedy said.

But Johnson said she strongly believes ME is caused by a virus.

“You always have to come back to what is the most rational explanation,” she said. “The polio vaccine hypothesis has never really been proven … some people say, ‘oh, it’s a combination of toxins in the environment and stress’ … but not everybody with ME has been exposed to chemicals … not everybody with ME is under stress.”

These things “don’t add up,” she said.

She raised the possibility that AIDS patients with weakened immune systems may have picked up the virus that causes ME and “served as a vector to spread the ME virus into the general population.”

Plus, Johnson added, the only risk factors for ME that we know of so far are being human, being female and coming into contact with another person with ME.

Kennedy and Johnson agreed it is difficult to get funding for research into ME. This year, Johnson said, the NIH proposed to fund three scientists with only approximately $7 million for ME research. “Anything under like $10 million or $15 million at NIH is considered ‘fairy dust,’” she said.

The two also agreed the NIH is wasting money looking for genetic causes of diseases.

“Genes don’t cause epidemics,” Kennedy said. “You need an environmental toxin or you need a microbe.”

“There is a limited universe of what can be causing this, and we should identify those 20 or 30 causes and then eliminate them with science one at a time,” he added. “That’s what NIH ought to be doing.”