Information obtained through a Freedom of Information Act request reveals the Centers for Disease Control and Prevention identified hundreds of safety signals for the two most widely administered COVID-19 vaccines. 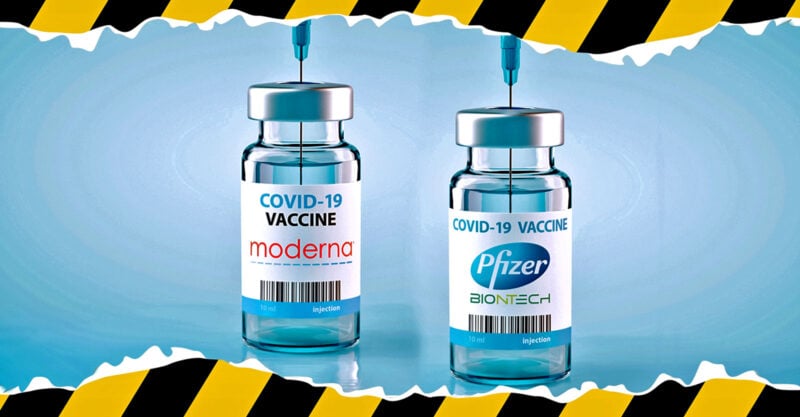 The Centers for Disease Control and Prevention (CDC) has identified hundreds of safety signals for the two most widely administered COVID-19 vaccines, according to monitoring results obtained by The Epoch Times.

Bell’s palsy, blood clotting and death were among the signals flagged through analysis of adverse event reports submitted to the Vaccine Adverse Event Reporting System (VAERS).

The CDC, which runs VAERS with the U.S. Food and Drug Administration (FDA), describes it as “the nation’s early warning system” for vaccine issues.

The CDC’s primary analysis compared the reports made for specific events suffered after receipt of a Moderna or Pfizer COVID-19 vaccine to the reports lodged following vaccination with any other vaccine, or all non-COVID-19 vaccines.

The type of analysis is known as proportional reporting ratio (PRR).

Safety signals mean a condition may be linked to a vaccine. Signals require further analysis to confirm a possible link.

The Epoch Times obtained the results through a Freedom of Information Act request after the CDC refused to make the results public.

VAERS is a passive reporting system that accepts reports from anybody, but most are lodged by healthcare professionals, who were told during the pandemic they were required to lodge reports if post-vaccination issues cropped up.

Reports do not prove causality or a link between an event and a vaccine. At the same time, studies show that the number of reports is often an undercount of the actual occurrence of post-vaccination events.

‘Onus is on the regulators’

The CDC and FDA said in operating procedure documents that officials would monitor VAERS to identify “potential new safety concerns for COVID-19 vaccines,” with the CDC performing PRR analysis.

The CDC has issued multiple false statements on the data mining, but ultimately acknowledged it did not start performing the monitoring technique until 2022 — more than one year after the Pfizer and Moderna vaccines were authorized.

A signal is triggered when three thresholds are met, according to the CDC: a PRR of at least two, a chi-squared statistic of at least four and three or more cases of the event following receipt of the vaccine being analyzed. Chi-squared tests are a form of statistical analysis used to examine data.

The results obtained by The Epoch Times show that there are hundreds of adverse events (AEs) that meet the definition, including serious conditions such as blood clotting in the lungs, intermenstrual bleeding, a lack of oxygen to the heart and even death. The high numbers, particularly the chi-squared figures, concerned experts.

For many of the events, “the chi-squared is so high that, from a Bayesian perspective, the probability that the true rate of the AE of the COVID-19 vaccines is not higher than that of the non-COVID-19 vaccines is essentially zero,” Norman Fenton, a professor of risk management at Queen Mary University in London, told The Epoch Times in an email after running the numbers through a Bayesian model that provides probabilities based on available information.

There was a probability of less than 0.5% that the rate of hepatic cirrhosis, for instance, was less following COVID-19 vaccination than non-COVID vaccination. For myocarditis or heart inflammation, in the 12- to 17-year-old group, the probability was close to zero.

The CDC’s results also showed that a much higher proportion of events after COVID-19 vaccination were serious.

For adults, for instance, the proportion was 11.1%, compared to 5.5% for after non-COVID vaccines.

Additionally, the proportion of deaths for adults was 15.4% after COVID-19 vaccination, much higher than the 2.5% after other shots.

“The onus is on the regulators to come up with some other causal explanation for this difference if they wish to claim that the probability a COVID vaccine AE results in death is not significantly higher than that of other vaccines,” Fenton said.

The CDC and FDA did not respond to requests for comment.

A CDC spokesperson previously told The Epoch Times in an email that the PRR results “were generally consistent with EB data mining, revealing no additional unexpected safety signals.”

The agency’s records office, in a letter accompanying the results, said that the results “generally corroborated findings from Empirical Bayesian (EB) data mining,” a method employed by the FDA.

The FDA has refused to release the EB mining results.

‘Should be taken seriously and investigated’

U.S. health officials have been cautious in tying adverse events, or side effects, to the COVID-19 vaccines.

But they have acknowledged that some side effects are caused by the Moderna and Pfizer vaccines — both of which utilize messenger RNA (mRNA) technology — including myocarditis and a related condition called pericarditis.

Some age groups are actually at higher risk of myocarditis and pericarditis after vaccination than after COVID-19 infection, leading a growing number of experts to warn against vaccinating certain people.

“We know that the signal for myocarditis is associated with something that is caused by the mRNA vaccines, so it’s more than reasonable to say that anything with a signal larger than myocarditis/pericarditis should be taken seriously and investigated,” Josh Guetzkow, an Israeli professor who trained in statistics at Princeton University and has been studying VAERS data during the pandemic, told The Epoch Times via email.

The CDC and FDA said in their operating procedures that safety signals would be “reviewed as appropriate.”

“The pattern or trend of PRR and data mining results over a period of time (e.g., several weeks) will be monitored before initiating a clinical review. Other factors, such as clinical importance, whether AEs are unexpected, seriousness, and whether a specific syndrome or diagnosis is identified rather than non-specific symptoms will be considered in determining if clinical review will be performed,” the documents stated.

If a clinical review was triggered, that would include reviewing reports and associated medical records regarding the adverse event, confirming time from vaccination to symptoms onset and other work.

The FDA recently revealed that out of four signals identified for older individuals after Moderna or Pfizer vaccination, three were ruled out with further analysis, but one — pulmonary embolism — continued meeting the criteria.

Pulmonary embolism was identified as a signal in the PRR analysis for individuals as young as 12.

The results of the analysis are in Excel sheets. The results can be downloaded from the links below. Tables one and two weren’t provided.