The Centers for Disease Control and Prevention never had an exit strategy from lockdowns and mandates but they eventually found one — in the form of a heavily footnoted and opaquely written reversal, published by the main bureaucracy responsible for the disaster. 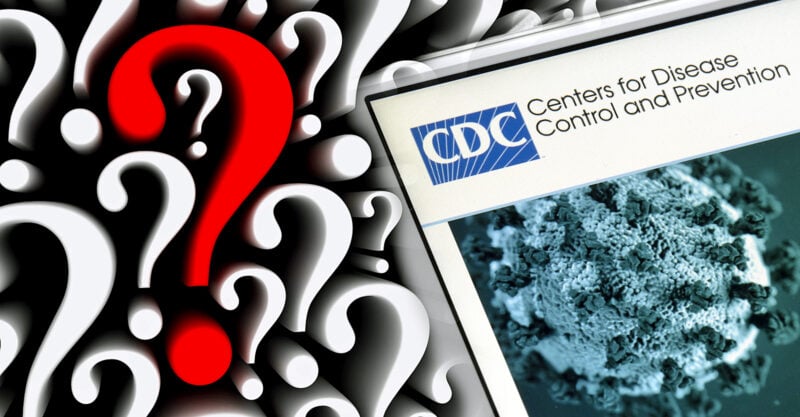 It was a good but bizarre day when the CDC (Centers for Disease Control and Prevention) finally reversed itself fundamentally on its messaging for two-and-a-half years. The source is the MMWR (Morbidity and Mortality Weekly Report) of Aug. 11.

The title alone shows just how deeply the about-face was buried: Summary of Guidance for Minimizing the Impact of COVID-19 on Individual Persons, Communities, and Health Care Systems — United States, August 2022.

It would have been fascinating to be a fly on the wall in the brainstorming sessions that led to this little treatise. The wording was chosen very carefully, not to say anything false outright, much less admit any errors of the past, but to imply that it was only possible to say these things now:

“As SARS-CoV-2, the virus that causes COVID-19, continues to circulate globally, high levels of vaccine- and infection-induced immunity and the availability of effective treatments and prevention tools have substantially reduced the risk for medically significant COVID-19 illness (severe acute illness and post–COVID-19 conditions) and associated hospitalization and death.

“These circumstances now allow public health efforts to minimize the individual and societal health impacts of COVID-19 by focusing on sustainable measures to further reduce medically significant illness as well as to minimize strain on the health care system, while reducing barriers to social, educational, and economic activity.“

In English: Everyone can pretty much go back to normal. Focus on illness that is medically significant. Stop worrying about positive cases because nothing is going to stop them. Think about the bigger picture of overall social health. End the compulsion. Thank you. It’s only two-and-a-half years late.

What about mass testing?

Forget it: “All persons should seek testing for active infection when they are symptomatic or if they have a known or suspected exposure to someone with COVID-19.”

What about the magic of track and trace?

What about the unvaccinated who were so demonized throughout the last year?

“CDC’s COVID-19 prevention recommendations no longer differentiate based on a person’s vaccination status because breakthrough infections occur, though they are generally mild, and persons who have had COVID-19 but are not vaccinated have some degree of protection against severe illness from their previous infection.”

Remember when 40% of the members of the black community in New York City who refused the jab were not allowed into restaurants, bars, libraries, museums, or theaters? Now, no one wants to talk about that.

Also, universities, colleges, the military and so on — which still have mandates in place — do you hear this? Everything you have done to hate on people, dehumanize people, segregate people, humiliate others as unclean, fire people and destroy lives, now stands in disrepute.

Meanwhile, as of this writing, the blasted U.S. government still will not allow unvaccinated travelers across its borders!

Not one word of the CDC’s turgid treatise was untrue back in the Spring of 2020. There was always “infection-induced immunity,” though Fauci and Co. constantly pretended otherwise. It was always a terrible idea to introduce “barriers to social, educational, and economic activity.”

The vaccines never promised in their authorization to stop infection and spread, even though all official statements of the CDC claimed otherwise, repeatedly and often.

You might also wonder how the great reversal treats masking. On this subject, there is no backing off. After all, the Biden administration still has an appeal in process to reverse the court decision that the mask mandate was illegal all along.

“At the high COVID-19 Community Level,” the CDC adds, “additional recommendations focus on all persons wearing masks indoors in public and further increasing protection to populations at high risk.”

The problem from the beginning was that there never was an exit strategy from the crazy lockdown/mandate idea. It was never the case that they would magically cause the bug to go away. The excuse that we would lock down in wait for a vaccine never made any sense.

People surely knew early on of the social, economic and cultural devastation that would ensue. If they did not, they never should have been anywhere near the control switches of public health.

Badges and bureaucracies do not terrify a virus destined to spread to the whole planet. And not one person with even the most casual passing knowledge of coronaviruses could have sincerely believed that a vaccine would magically appear to achieve something never before achieved in the whole history of medicine.

When the Great Barrington Declaration appeared on Oct. 4, 2020, it caused a global frenzy of fury not because it said anything new. It was merely a pithy restatement of basic public-health principles, which pretty much instantly became verboten on March 16, 2020, when Fauci/Birx announced their grand scheme.

The Great Barrington Declaration generated mania because the existing praxis was based on preposterously unproven claims that demanded that billions of people buy into complete nonsense.

Sadly many did simply because it seemed hard to believe that all world regimes but a handful would push such a damaging policy if it was utterly unworkable.

When something like that happens — and there never was the hope that it could work — the regime imperative becomes censorship and shaming of dissent. It’s the only way to hold the great lie together.

So finally, nearly two years later the CDC has embraced the Great Barrington Declaration rather than doing a “quick and devastating takedown” as Francis Collins and Anthony Fauci called for the day after its release. No, they had to try out their new theory on the rest of us.

It did not work, obviously. For the authors of the Great Barrington Declaration, they knew from the time they penned the document that it was a matter of time before they were vindicated. They never doubted it.

Dr. Rajeev Venkayya is widely credited with coming up with the idea of lockdowns while he was working for the Bush administration back in 2005. He had no training at all in public health or epidemiology.

He later marveled that it fell to him, a young desk-dwelling White House bureaucrat, to “invent pandemic planning.” Maybe he should have demurred that day that George W. Bush asked him to lead the charge to inaugurate a new war on pathogens.

Somehow his views gained converts, among whom was Bill Gates, the foundation for whom he worked for years. The rest is history.

In April 2020, Venkayya called me to explain why I needed to stop attacking lockdowns. He said that the planners need a chance to make their scheme work.

On the phone, I asked the same question over and over: where does the virus go? The first two times, he did not respond. I pressed and pressed. Finally he said there will be a vaccine.

It’s hard to appreciate just how preposterous that sounded at the time, and I said something along those lines: it would be a medical miracle never before seen to have a shot for a coronavirus that was sterilizing against wild type and all inevitable mutations, and to do it in a reasonable time so that society and economy had not completely fallen apart.

The whole approach was clearly millenarian at best and utter madness at worst. And here I was, in the thick of global lockdowns, on the phone with the architect of the whole idea, an idea that had reduced billions to servitude, wrecked schools and churches and sent communities and countries into complete upheaval.

I wondered at the time what it would be like to be Dr. Venkayya that day. After all this ended in disaster, would he take responsibility? His LinkedIn profile today says otherwise: he is prepared to “tackle current and future epidemic & pandemic threats as the CEO of Aerium Therapeutics.”

There never was an exit strategy from lockdowns and mandates but they eventually did find an exit nonetheless. It came in the form of a heavily footnoted and opaquely written reversal, published by the main bureaucracy responsible for the disaster.

It amounts to a repudiation without saying so. And thus does the great experiment in mass compulsion come to an intellectual end. If only the carnage could be cleaned up by another posting on the CDC’s website.

By the way, the Biden administration has extended the declaration of the COVID-19 emergency. And my unvaccinated friends in the U.K. still can’t board a plane to come for a visit.

All of this gives rise to the great question: what was the point? Maybe it was all a mistake and now it is gone forever but that’s unlikely. The intellectuals who pushed this project on the world have a view of the world that is fundamentally ill-liberal.

They differ among themselves on the details but the general approach is technocratic central planning rooted in deep suspicion of basic tenets of freedom.

How many people on the planet have now been acculturated to top-down control, socialized to live in fear, accept whatever comes down from above, never to question an edict and expect to live in a world of rolling man-made disasters?

And was that the point after all, to breed low expectations for life on earth and relinquish the soul’s desire for a full and free life?