In the U.S., state and federal health officials report increasing numbers of COVID breakthrough cases, including hospitalizations and death. 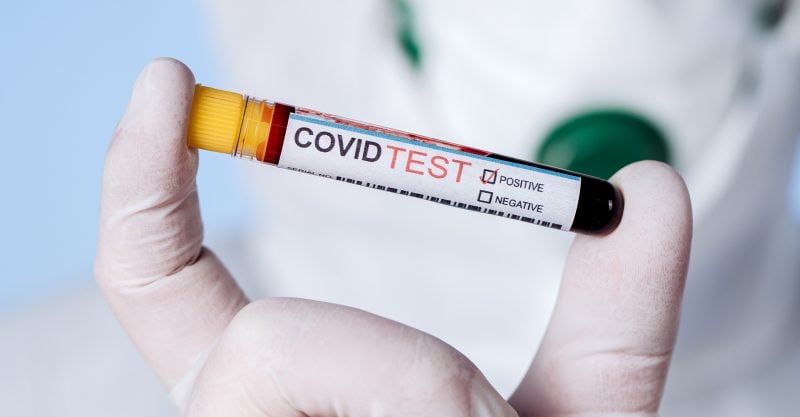 Nearly 30 people in Louisiana who were fully vaccinated against COVID died from the virus, according to the Louisiana Department of Health (LDH).

Dr. Joseph Kanter, LDH state health officer and medical director, said 27 people between the ages of 28 and 93 died with COVID more than two weeks after being fully vaccinated.

“These are people who died from COVID, from complications of COVID, despite being vaccinated because the vaccine is not 100% [effective] and people with weakened immune systems, people who are a little bit older, and some people for reasons we don’t really understand, might not mount a full immune response to the vaccine,” he said.

According to the LDH, 1,563 breakthrough cases have been reported. As of June 7, 94 fully vaccinated people were hospitalized statewide with COVID-like symptoms.

It’s unclear if the Delta variant is contributing to the sudden increase in COVID breakthrough cases in Louisiana.

According to the San Francisco Examiner, more than 7,550 breakthrough cases have been reported through June 23 among fully vaccinated Californians.

Most cases were minor, but 62 people died from COVID, according to the California Department of Public Health. California’s public health agency reported 584 fully vaccinated people had been hospitalized with COVID infection, but hospitalization status wasn’t available for 46% of post-vaccination cases.

On July 7, state health officials reported 2,013 new infections among all Californians, including 24 deaths.

At first, “I did not think of COVID,” said Choi. “I thought … OK, it must be that other flus and colds are coming out of the woodwork.”

As Choi’s fever progressed, he decided to get a COVID test and it was positive. His wife, also vaccinated, and their 2-year-old son also contracted COVID.

Nashville woman gets COVID, gets vaccinated, gets COVID again

Verity Rodrigues, 41, had COVID prior to being fully vaccinated with Pfizer’s vaccine in February. In May, the Nashville psychologist was diagnosed with COVID for a second time.

The historic scale of the COVID vaccination effort means thousands of people have contracted COVID after vaccination, Nashville Public Radio reported. The experience has become so common the CDC stopped reporting breakthrough cases unless a patient is hospitalized or dies.

Public health officials in Tennessee are doing random genetic sequencing of positive COVID tests to track variants, but have not determined which variants are responsible for the breakthrough cases.

As The Defender reported June 29, a new study in the UK showed 12 (or 29%) of 42 fully vaccinated people died after catching the Delta variant. In Public Health England’s technical briefing on June 25, that figure had risen to 43% (50 of 117), with the majority (60%) having received at least one dose.

According to The Wall Street Journal, almost half of adults in Israel infected in an outbreak of the Delta variant were fully vaccinated with Pfizer’s vaccine.

Chezy Levy, director-general of Israel’s health ministry, told state broadcaster Kan Bet that about 40% to 50% of new cases appeared in people who had been vaccinated, Haaretz reported.

Levy said a third of the new daily cases occurred in people who had been vaccinated. Though they are preliminary, the figures show the Delta variant may spread even in places like Israel where large portions of the population have been vaccinated.

In a recent analysis by the Israeli government, the Pfizer-BioNTech COVID vaccine appeared to be less effective against COVID infections caused by the Delta variant.

In a brief statement issued Monday, the government said as of June 6, the vaccine provided only 64% protection against infection. In May — when the Alpha variant dominated in Israel and the Delta strain had not yet spread widely — government data showed the shot was 95.3% effective against all infections, CNN reported.

The government added the vaccine was now only 93% effective in preventing severe disease and hospitalizations, compared to 97% reported in The Lancet in May. Underlying data and other details about the analysis have not been released.