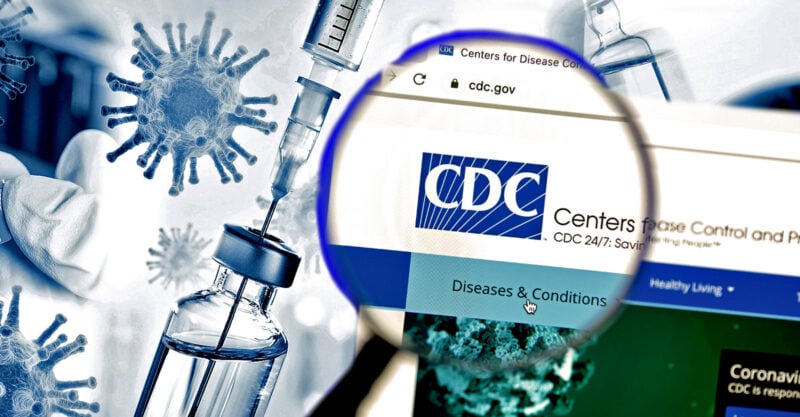 Newly obtained emails show the Centers for Disease Control and Prevention (CDC) made a false statement on COVID-19 vaccine safety monitoring in 2021, months before agency officials gave false statements on the matter to The Epoch Times.

The emails also show top officials in the agency discussing performing safety monitoring on a key database for myocarditis, a form of heart inflammation that has been linked to the vaccines from Pfizer and Moderna.

The CDC promised in 2021 in a set of operating procedures to perform a type of analysis called Proportional Reporting Ratio (PRR) on reports of adverse reactions following COVID-19 vaccination.

The reports are submitted to the Vaccine Adverse Event Reporting System (VAERS), which officials have described as “the nation’s early warning system” for post-vaccination adverse events. The CDC also said in an updated set of operating procedures in 2022 that it would perform the analysis.

The newly obtained emails show that an official falsely said the CDC does not perform PRR analysis to an editor in 2021.

John Gregory, a health editor at NewsGuard, wrote to the CDC on Oct. 19, 2021, asking for a comment regarding a claim that the CDC’s PRR analysis cannot accurately identify when a vaccine causes adverse events, one of the emails shows.

Their responses were redacted apart from a comment on NewsGuard. Sharan then wrote that she’d spoken to Gregory.

“I spoke to the reporter and explained that CDC does not do PPR analysis. The reporter is not going to pursue this any further!” she wrote, adding later that she meant PRR.

That contradicts the operating procedures, which state that the CDC “will perform Proportional Reporting Ratio (PRR) analysis” on VAERS reports.

“We let our published content speak for itself,” Gregory told The Epoch Times in an email when notified that the CDC does actually perform PRRs.

Kristen Nordlund, another CDC spokeswoman, forwarded the query to Sharan.

“Martha — thoughts on this one?” she asked.

“That’s a new one on me — proportional reporting ratios’ — I need to send this one to John,” Sharan responded.

Sharan later sent a statement about PRRs to The Associated Press and the Washington Examiner.

The Associated Press and NewsGuard never published stories on the topic. After The Epoch Times reported on contradictory statements from the CDC, the Examiner published an article about the developments.

Fichera, Sharan and Su did not respond to requests for comment for this article.

The emails were obtained by The Epoch Times and an independent researcher through FOIA requests.

“The CDC claims to be vigilantly and transparently monitoring the safety of COVID-19 vaccines, but when it comes to Proportional Reporting Ratio (PRR) analysis, the CDC’s broken promises, inconsistent statements, stonewalling, and double standards tell a different story,” Mary Holland, president and general counsel of Children’s Health Defense, told The Epoch Times via email.

“When asked about PRR analysis in connection with COVID vaccines — through FOIA, media, and congressional requests — CDC has made conflicting statements, some of them false. When confronted about the statements, the CDC claimed, essentially, that PRR analysis is not worth doing. And for the few months of PRR the CDC now says it has completed, the CDC has failed to make the results public, despite requests from multiple sources.”

“Children’s Health Defense calls on the CDC to do the right thing: do the analysis, and make the results available,” she added.

Timeline of CDC emails and statements. Some are being reported for the first time in this story, which continues below.

Several other messages add to the timeline of the CDC’s internal and external statements regarding PRR.

Two weeks after Andoh falsely told Children’s Health Defense that data mining is outside of the CDC’s purview, Bruno Viana, a CDC records employee, sent emails to Andoh about the response.

Viana quoted word-for-word portions of the letter that Andoh sent to the group.

The context of the emails is unclear.

An email to Viana requesting more information returned an away message. The CDC records office declined to comment, saying a new FOIA request would be necessary to obtain the information.

Another set of internal emails showed Su and Shimabukuro involved in responding to The Associated Press and the Washington Examiner.

“With the above background, I might suggest the following response,” Su said in one heavily redacted email.

“John’s edits look fine to me. Thanks,” Shimabukuro later wrote.

And other emails featured Su and Sharan talking to and about The Epoch Times’ queries, including a follow-up query noting that an initial response did not make clear whether the CDC had, in fact, performed PRRs.

Su was attributed with the false statement that the CDC had started PRRs in February 2021. One of the missives indicates the statement did come from him. That portion of the email is redacted, but the length of the text aligns with the actual response.

Clinical trials for the vaccines turned up no evidence of myocarditis, a form of heart inflammation, or a related condition called pericarditis. But real-world evidence of the conditions began emerging in early 2021.

After the Department of Defense, in the spring of 2021, said it identified myocarditis as a possible side effect of the vaccines, Dr. Rochelle Walensky, the CDC’s director, claimed that the CDC saw no signal for myocarditis after looking at its vaccine safety data.

“After hearing about these reports, we, again, looked back in our vaccine safety data, and we have not seen any reports of those. Those have since been reported to us, and so those investigations are ongoing,” she said during a press briefing, adding later, “We have not seen a signal, and we’ve actually looked intentionally for the signal in the over 200 million doses we’ve given.”

The CDC has declined to make public the results of that review. It’s not clear what systems the CDC reviewed.

“At the time of the director’s press conference, CDC did not have sufficient evidence to conclude there was a safety signal for myocarditis following mRNA COVID-19 vaccination. Continued surveillance subsequently detected a safety signal, and further assessment verified that signal,” Sharan told The Epoch Times in a recent email. The Pfizer and Moderna vaccines are both built on messenger RNA (mRNA) technology.

Shimabukuro wrote on May 13, 2021, to Su and Paige Marquez, another CDC official, with the subject line “PRR for myocarditis.” That email was entirely redacted.

“Are you saying…” Marquez responded. The rest of her email was redacted.

Shimabukuro’s next email was completely redacted, as was an email from Su apart from his signature.

“No Janssen,” Shimabukuro wrote next.

“Okay, thanks for clarifying!” Su wrote.

The exchange ended there.

Republished with permission from The Epoch Times.

Zachary Stieber is a reporter for The Epoch Times who covers U.S. and world news.