Ads promoting “green” and “clean” hydrogen are misleading the public — and the European Commission — about the industry plans for fossil-fuel based hydrogen. 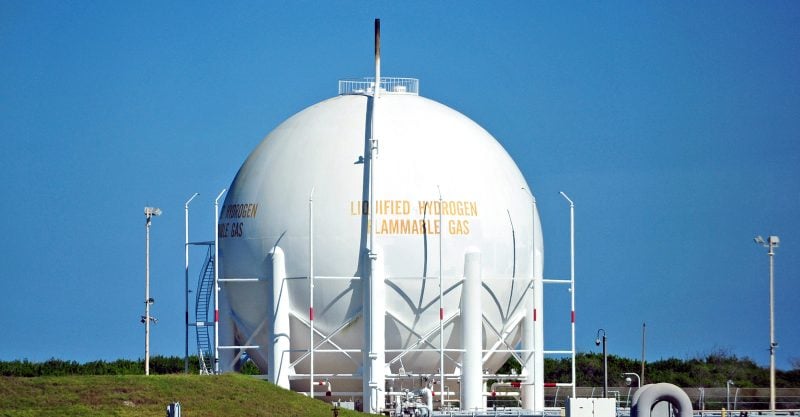 The recent deluge of pro-hydrogen stories in the media that tout hydrogen as a climate solution and clean form of energy can now be linked in part to FTI Consulting — one of the most notorious oil and gas industry public relations firms.

A new report, The Hydrogen Hype: Gas Industry Fairy Tale or Climate Horror Story?, released by a coalition of groups in Europe including Corporate Europe Observatory and Food and Water Action Europe, details the work of FTI to push hydrogen as a clean climate solution in Europe. So far it appears FTI is being quite successful in this endeavor. As the report notes, the “European Commission is most definitely onboard” with the idea of a hydrogen-based economy.

FTI Consulting’s previous and ongoing work promoting the fossil fuel industry’s efforts to sell natural gas as a climate solution were recently featured in an article by the New York Times.

Among FTI’s misleading claims which it defended to the New York Times was that the Permian region in Texas — the epicenter of the U.S. shale oil industry’s fracking efforts — was reducing methane emissions. This claim, however, was based on government data that did not include emissions for actual oil and gas wells, which are major emitters of methane emissions. FTI’s argument is easily disproved as methane emissions in Texas continued to break records in 2019.

And now FTI is taking the same approach for hydrogen as it has for natural gas — promoting it as a climate solution despite the evidence to the contrary.

Lobbying efforts for Europe to transition to hydrogen as a fuel source are led by The Hydrogen Council. According to the new report, The Hydrogen Council was formed in 2017 with members including Europe’s top fossil fuel producers such as Aramco (Saudi Arabia’s state-owned oil company), Shell, BP, Toyota, Honda, Microsoft, Total and many others in the energy and transportation industries. According to the new report, FTI consulting was directly involved in setting up The Hydrogen Council and the contact address for the council is even the same as FTI’s Brussels headquarters.

Kickstarting the green #hydrogen economy ⚡ @Shell_Nederland and its partners welcome @Equinor & @RWE_AG to the #NortH2 consortium.

While Shell is touting green hydrogen, this type of ad is considered greenwashing similar to Exxon promoting algae-based fuels. These are not viable economic solutions despite having the potential to achieve that status at some point in the future. Green hydrogen is currently expensive to produce and makes up only 0.1% of the existing hydrogen market in the European Union.

Ads from big oil companies promoting green hydrogen are misleading the public about the industry plans for fossil fuel based hydrogen because green hydrogen is currently prohibitively expensive and nowhere near being able to scale up to be a major contributor to the near-term energy markets.

If hydrogen is indeed a clean energy solution, why would major oil and gas companies be paying money to sell this concept to the public? The reality is that — just like methane (another so-called climate solution pushed by the gas industry) — hydrogen is being sold as green and clean by industry PR efforts but the reality is much different — and dirtier.

One of the main goals of the lobbying efforts to create a “hydrogen economy” in Europe is to sell the idea of utilizing existing gas infrastructure (e.g., pipelines) for hydrogen. Hydrogen gas can currently be mixed with methane and be transported by existing pipelines — which is a major selling point for hydrogen’s supporters.

However, there is a potential fatal flaw with this idea that has not been addressed.

Hydrogen can react with steel to make it brittle. A 2018 paper published in the journal Procedia Structural Integrity, found that “using pipelines designed for natural gas conduction to transport hydrogen is a risky choice” as doing so “may cause fatigue and damage the structure.” This is a widely known and researched issue with hydrogen and pipelines but is a fact that is being left out of the current public relations efforts.

The methane industry already has a pipeline explosion problem and hydrogen will increase those risks because it can make steel pipelines more brittle and susceptible to failure and gas leaks.

The concept of hydrogen being a clean fuel is also dependent on the idea that the unproven and costly technologies being touted for carbon capture for fossil fuels can be effective in producing low carbon and affordable blue hydrogen.

Perhaps the biggest reason green hydrogen isn’t a good choice to decarbonize the economy when compared to electrification is that producing green hydrogen would take enormous amounts of electricity — which can just as easily be used directly to electrify transportation and heating.

BloombergNEF has estimated that the electricity required to produce enough green energy to meet a quarter of the world’s energy needs would take more electricity than the world currently generates — plus $11 trillion in investment.

Amazing stat from ⁦@ChiefExecCCC⁩ to explain why converting all home heating to hydrogen would be “impractical”https://t.co/LXEfsJCWNi

In addition to being a possible bailout to the gas pipeline industry, the widespread adoption of blue or grey hydrogen would be a huge gift to the gas industry.

As noted in the new report, “Moving the economy to green hydrogen could put the gas industry out of business” which means if green hydrogen’s true potential as a fuel source was viable, it would decimate the existing methane industry.

“No one has any true idea what is going on here,” Ben Gallagher, an energy analyst for consultant group Wood McKenzie, said about green hydrogen. “It’s speculation at this point. Right now it’s difficult to view this as the new oil. However, it could make up an important part of the overall fuel mix.”

Pushing fossil fuel based hydrogen as a climate solution is a strategy by the oil and gas industry to delay the implementation of true climate solutions. It is based on the widespread continued use of methane and existing gas infrastructure instead of spending money to transition to the electrification of the European and global economy.

The natural gas (methane) industry is currently struggling financially and looking to hydrogen as a lifeline. Just this week, a major natural gas pipeline in the U.S. that was being built to export liquefied natural gas was cancelled because “current market conditions do not support the economic thresholds” that were required. In other words, it makes no sense to build new gas infrastructure — unless hydrogen can become a substitute for methane.

If hydrogen was truly the clean energy climate solution being pushed by the favorite lobbyists of the oil and gas industry, the lobbyists and industry would be fighting it like they fight real solutions such as solar and wind power.

Justin Mikulka is a freelance writer, audio and video producer living in New York. Justin has a degree in Civil...