According to a new study, children aged 2 to 17 viewed on average 830 ads each year for ultra-processed junk food linked to obesity and Type 2 diabetes — comorbidities that could increase their risk of getting severe COVID. 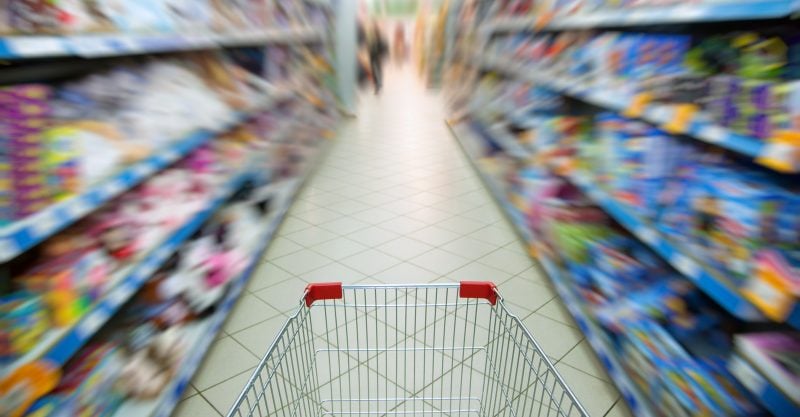 Children as young as 2 years old are being bombarded with ads for fast food, and Black and Hispanic kids are being hit the hardest, according to a new study.

Children aged 2 to 17 viewed on average two fast-food television ads per day, and up to 830 ads each year, according to Fast Food FACTS 2021, a report published by Rudd Center for Food Policy and Obesity at the University of Connecticut.

“Frequent and widespread exposure to fast-food marketing increases young people’s preferences for, and consumption of fast food, which is largely high in calories, sugar, fat and sodium.”

The ads, which promote high-calorie fatty foods, are part of Big Food’s massive advertising budget, which researchers say jumped more than $400 million between 2012-2019. The industry spent a total of $5 billion on advertising in 2019.

Dr. Jennifer Harris, senior research advisor at the Rudd Center and a co-author of the study, said:

“Fast-food consumption by children and teens has increased over the past decade, and fast-food advertising definitely plays a role in that rise.”

The Rudd Center study followed on the heels of new research published earlier this month in the journal JAMA Pediatrics linking ultra-processed food to rapid weight gain in children.

The 17-year study of more than 9,000 British children born in the 1990s found that kids who eat more ultra-processed food such as frozen pizza, packaged breads and sugary drinks are more likely to be overweight or obese as adults.

Dr. Eszter Vamos, a senior clinical lecturer in public health medicine at Imperial College London and an author of the study, said:

“This means that it’s not only the children who eat the most ultra-processed foods (that) have the worst weight gain, but also the more they eat, the worse this gets.”

The study authors said ultra-processed food is defined as food made from industrial formulations of oils, fats and sugar that are often made in a lab using flavor enhancers and food additives.

Ultra-processed food has low nutritional value and is “designed to be cheap, palatable, durable, convenient and appealing,” the study authors wrote.

Ultra-processed food, which is linked to Type 2 diabetes, heart disease, cancer and death in adults, is synonymous with fast food — the very food big corporations push on children with their big advertising budgets.

According to Dr. Joel Fuhrman, author of “Fast Food Genocide: How Processed Food Is Killing Us and What We Can Do About It,” fast food is anything that comes out of a bag or box, or which has a wrapper around it.

The study, published in May in the journal Pediatrics, included a sample of children with a mean age of 9.2 years — 48.9% were female and 21.4% were non-Hispanic Black. Researchers found the increase in obesity was more pronounced in patients aged 5 to 9 years and those who were Hispanic, non-Hispanic Black, publicly insured or lower income.

According to the Centers for Disease Control and Prevention, children with obesity, diabetes, asthma and other comorbidities are at increased risk for severe illness from COVID-19.