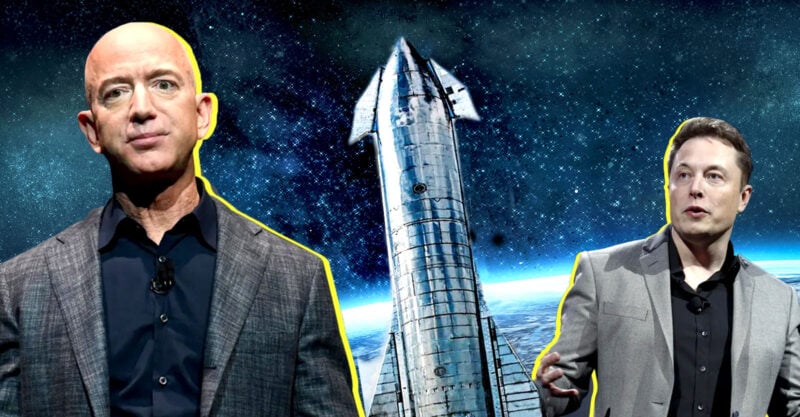 An outspoken critic of Bezos and billionaires in general, Sanders alleged Bezos and SpaceX founder Elon Musk were using NASA as “little more than an ATM machine” to fund their new space race.

Blue Origin spent almost $2 million on lobbying last year. The company has steadily increased its presence in Washington since 2013, with lobbying spending skyrocketing as Bezos and Musk vie for dominance in the space economy.

Blue Origin spent $560,000 on lobbying in the first quarter of 2022. Lobbying disclosures filed on April 20 show lobbyists homed in on “issues related to NASA” for several bills. Two lobbyists on the Blue Origin team are returning to the halls of Congress they once worked in.

Blue Origin’s Vice President of Government Affairs Megan Mitchell previously served as a fellow and senior adviser on space and aeronautic policy for Rep. Steve Palazzo (R-Miss.) from 2012 until she left to work for Blue Origin in 2015.

Mitchell also previously worked for the Federal Aviation Administration, an agency she lobbies on behalf of Blue Origin today.

Suslavich worked in both the House and the Senate during his tenure, although lobbying disclosures specifically note Suslavich does not lobby in the Senate given his recent position as the director of national security policy and senior adviser to Sen. Dan Sullivan (R-Ark.).

But he did lobby on behalf of Blue Origin in the House, where he worked from 2006 to 2015, on bills including the National Defense Authorization Act, Build Back Better and the appropriations bill alongside Mitchell.

Suslavich was also a former military legislative assistant to Rep. Don Young (R-Alaska), who passed away last month as dean of the House and the longest-serving member of Congress.

Blue Origin lost a $2.9 billion lunar landing contract to SpaceX this fall. The dispute over the contract was a messy ordeal that exemplifies the bad blood between Bezos and Musk in their government-funded ventures into outer space.

As OpenSecrets reported April 26, SpaceX spent $700,000 on lobbying during the first quarter of 2022. SpaceX spent a record $2.4 million on lobbying in 2021, exceeding their previous record spending in 2019.

One SpaceX lobbyist joined the Blue Origin team after almost a decade of working in Congress. Joseph Petrzelka most recently served as a legislative assistant for Sen. Dianne Feinstein (D-Calif.) from 2017 to 2021.

SpaceX PAC has given nearly $400,000 to federal candidates and committees so far this cycle.

The Blue Origin PAC has given more than $200,000 to federal candidates and committees ahead of the 2022 midterms, including contributions to politicians on committees the company seeks to lobby. This cycle, Blue Origin’s PAC contributed $10,000 to House Armed Services Committee Chair Rep. Adam Smith (D-Wash.).

The PAC has contributed evenly to Democrats and Republicans this cycle.

The Bezos family has also made several donations to the With Honor Fund, a super PAC that aims to elect military veterans to Congress.

Blue Origin and SpaceX are vying for dominance in the space economy amid an anticipated influx of federal spending on space security. Top Pentagon contractors including Lockheed Martin and Northrop Grumman are also hopping into the race.

Northrop Grumman CEO Kathy Warden told shareholders during first-quarter earnings calls that “space continues to be one of the fastest-growing defense budget areas with a 30%-plus year-over-year increase.”

But federal contracts are not the only potential boon for space entrepreneurs.

When Sanders called out both billionaires for seeking to use federal funds to finance their space ventures in an op-ed in The Guardian, he also warned that the companies stand to profit mightily from government-funded space exploration, as the 2015 Space Launch Competitiveness Act allows private companies to own any resources they find in space.

“The reality is that the space economy — which today mostly consists of private companies utilizing NASA facilities and technology essentially free of charge to launch satellites into orbit — is already very profitable and has the potential to become exponentially more profitable in the future.”

Taylor Giorno reports on the flow of money in American politics at OpenSecrets. She previously worked as a government contractor before moving on to research and writing about the military-industrial complex, foreign lobbying and international arms sales. 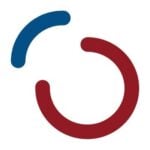 Nonpartisan, independent and nonprofit, OpenSecrets is the nation's premier research group tracking money in U.S. politics and its effect on elections and public policy.