A company that supplies tens of thousands of research animals — including dogs — to universities, drugmakers and the National Institutes of Health will close its Cumberland, Virginia, beagle breeding facility, but did not disclose what will happen to the remaining 3,000 dogs it’s still housing. 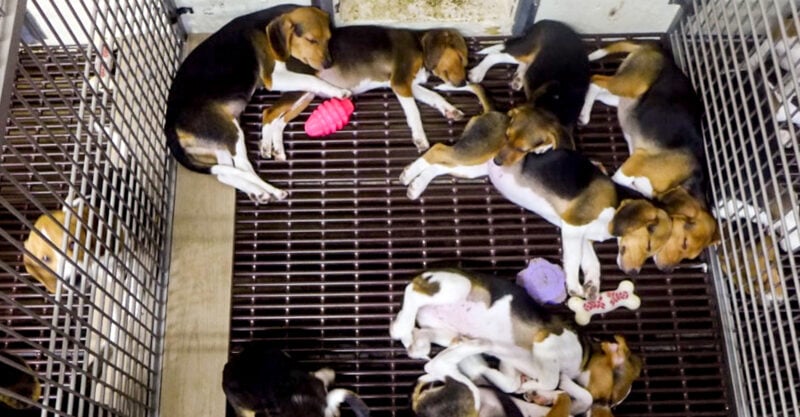 A company that supplies tens of thousands of research animals — including dogs — to universities, drugmakers and the National Institutes of Health (NIH) will close its Envigo beagle breeding facility in Cumberland, Virginia, Science reported.

In a June 13 statement, Robert Leasure, Jr., president and CEO of Inotive, said his company will close its “purpose-bred canine facility” due to the “growing cost of bringing the complex of several large buildings into compliance with the Animal Welfare Act (AWA).”

In April, the State of Virginia enacted a law that would prevent the company from selling any more beagles if it committed a single additional serious violation after July 1, 2023.

A month later, the U.S. Department of Justice (DOJ) sued Envigo — which Inotive purchased in November 2021 — for violating the AWA and seized 446 animals determined to be “in acute distress.”

Eric Kleiman, a researcher with the Animal Welfare Institute, told Science closing the facility is not enough.

“What of the over 40,000 animals at [Inotive’s] other sites?” Kleiman asked. “Given its shocking animal welfare record, we believe Inotiv’s license should be permanently revoked.”

John Sagartz, Inotiv’s chief strategy officer, said in a court hearing this week the company is taking the USDA’s concerns “very seriously” and is trying to resolve the issues. “Progress has been swift and dramatic,” Sagartz told the court.

But Amy Katherine Taylor, an animal crime investigator with the office of Virginia’s attorney general, said in an affidavit that during her inspection on June 8, dogs were packed 10 to an enclosure, the temperatures of the enclosures were 30℃ to 32℃ (86℉ to 88℉), there were empty or missing water bowls, food infested with insects and dogs standing in their own feces and urine.

According to Science, this week’s court hearing had lawyers for both the DOJ and Inotiv arguing over the disposition of the remaining 3,000 dogs.

Inotiv wants to sell the beagles to research clients, while the DOJ said it should only be allowed to give them away until the company is in full compliance with the AWA.

A temporary restraining order was put in place to prevent Inotiv from selling or giving away the dogs without prior signoff from either the lawyers for the DOJ or the judge.

The National Institute of Allergy and Infectious Diseases (NIAID), the division of NIH led by Dr. Anthony Fauci, has funded research that included experiments on beagles, though it’s not known if Inotiv supplied those dogs.

As recently as last month, the White Coat Waste Project released documents showing the NIH allocated more than $1.8 million taxpayer dollars to fund drug experiments on puppies, and that the NIAID had entered into a contract with a nonprofit organization to test the safety and efficacy of an experimental hay fever drug on dogs, rats and mice.

The news followed an October 2021 report, which came to be known as #BeagleGate, that described the NIAID-funded experiments in a Tunisia, North Africa laboratory involving 44 beagle puppies.

The experiments — costing American taxpayers $375,800 — involved locking the heads of beagles in mesh cages while they were bitten by sand fleas, as well as removing their vocal cords, allegedly so the scientists would not have to hear them barking.

The NIAID also performed experiments with the puppies by injecting them with lab-made variants of tick-borne bacteria before exposing them to hundreds of ticks that drew their blood for up to a week.

This went on twice a week for eight weeks before the puppies were eventually sacrificed.

There were even experiments done under Fauci’s watch in which beagles were injected with heartworm larvae and then euthanized so the larvae could be used in future experiments.

In his book “The Real Anthony Fauci: Bill Gates, Big Pharma, and the Global War on Democracy and Public Health,” Robert F. Kennedy, Jr., Children’s Health Defense chairman and chief legal counsel, detailed the cruel experiments the NIAID was conducting on beagles with funds from the American people.

According to an October 2021 report by The Hill, the White Coat Waste Project said the FDA does not require drugs to be tested on dogs, nor are the drug tests on dogs reliable. Even more, the experiments are a waste.

The report prompted a group of bipartisan legislators to demand answers from Fauci.

Rep. Nancy Mace (R-S.C.) led the efforts by writing a letter to the NIH saying the experiments were “cruel” and a “reprehensible misuse of taxpayer funds.” 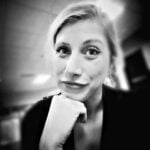