The U.S. Supreme Court on Monday dealt another blow to Bayer AG’s effort to defend itself against ongoing litigation over allegations that Roundup herbicide causes cancer, denying the company’s request for a review of a California trial loss. 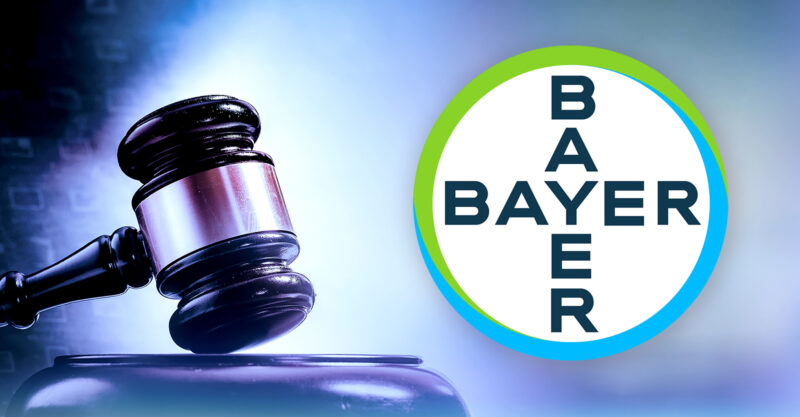 The U.S. Supreme Court on Monday dealt another blow to Bayer AG’s effort to defend itself against ongoing litigation over allegations that Roundup herbicide causes cancer, denying the company’s request for a review of a California trial loss.

In declining to take up the case, the court let stand an $87 million award won by Alva and Alberta Pilliod. The jury originally ordered more than $2 billion in damages for the married couple, but the award was later cut by the court.

Each of the Pilliods alleged they developed non-Hodgkin lymphoma after extensive use of Monsanto’s Roundup products.

Bayer inherited the liability for that case and tens of thousands of similar lawsuits when it bought Roundup-maker Monsanto in 2018.

The lawsuits allege that Roundup causes non-Hodgkin lymphoma and that Monsanto long knew of the cancer risks but failed to warn its customers.

The litigation began in 2015 after the International Agency for Research on Cancer classified glyphosate, the active ingredient in Roundup, as a probable human carcinogen with a noted association to non-Hodgkin lymphoma.

Bayer maintains that the weedkiller does not cause cancer and had hoped the Supreme Court would find that federal law supersedes state laws with regard to warning language on product labels.

But last week the Supreme Court also denied a request by Bayer to examine a separate Roundup cancer case in which plaintiff Edwin Hardeman was awarded $25 million.

The Virginia law firm representing the Pilliods issued a statement Monday applauding the Supreme Court’s decision not to take up the case.

The firm said in its statement:

“The Miller Firm is pleased that the U.S. Supreme Court has put an end to Monsanto’s effort to evade responsibility for the harm it caused Alva and Alberta Pilliod by its malicious conduct.

“The message from the jury and the courts is now loud and clear: Monsanto must stop profiting off the suffering of the Pilliods and countless others; and finally admit that Roundup can cause cancer.”

Bayer issued its own statement, saying while it was not surprised given the Hardeman case denial, it “respectfully disagrees with the Supreme Court’s decision.”

The company said the issue may surface again for Supreme Court consideration.

“There are likely to be future cases, including Roundup cases, that present the U.S. Supreme Court with preemption questions like Pilliod and Hardeman and could also create a Circuit split and potentially change the legal environment.

“Bayer continues to stand fully behind its Roundup products, which are a valuable tool in efficient agricultural production around the world. The company is confident that the extensive body of science and consistently favorable views of leading regulatory bodies worldwide, including most recently by the European Chemicals Agency’s Committee for Risk Assessment, provide a strong foundation on which it can successfully defend Roundup in court when necessary.”

The twin rejections by the Supreme Court came after another blow loss to Bayer by the 9th U.S. Circuit Court of Appeals. On June 17 the 9th Circuit panel of judges said in their ruling that the U.S. Environmental Protection Agency’s (EPA) 2020 assessment of glyphosate was so deeply flawed that the court was vacating the agency’s human health assessment of the weedkiller.

The court found that the EPA used “inconsistent reasoning” in finding that the chemical does not pose “any reasonable risk to man or the environment.”

The EPA failed to follow established guidelines for determining cancer risk, ignored important studies, and discounted expert advice from a scientific advisory panel in officially declaring that the weedkiller glyphosate was “not likely to be carcinogenic,” the court found.

Bayer has been attempting to settle outstanding cases, which at one point totaled more than 100,000 plaintiffs, since 2020. Several firms accepted settlements for their clients, but many others did not. Several new trials are scheduled in the next few months.

Bayer said Monday that since it has won the last four trials after losing the first three, it will “only consider resolving outstanding current cases and claims if it is strategically advantageous to do so.”