A New Test for Autism? Beware Scientists With Patents to Spare

Dr. Christopher Exley, a biologist and author of “Imagine You Are An Aluminum Atom: Discussions With Mr. Aluminum,” weighs in on news about a new test to diagnose autism and the science behind it. 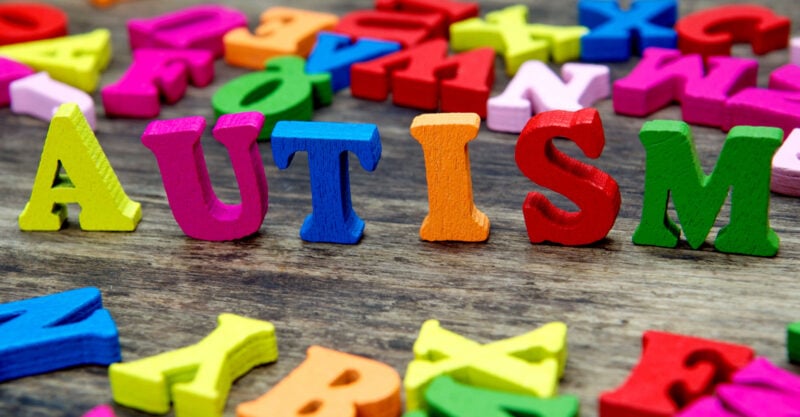 I was intrigued when a good friend alerted me to new research purporting to describe a “new and innovative” test for autism in infants.

Intrigued because the test, reported in mainstream media on both sides of the pond (and), relied upon the body burden of metals, including aluminium (Al). Well, could this be evidence to confirm our groundbreaking research on aluminium and autism?

I clicked on the link to the peer-reviewed published study and my initial intrigue and enthusiasm quickly waned.

The “tooth man” was back. Several years ago the lead author of the current study, Manish Arora, published a very similar paper in which the metal content of deciduous teeth was suggested to be a biomarker for autism.

Researchers have developed the first diagnostic test for autism that analyzes environmental exposure history — what researchers call the exposome — to aid in the diagnosis of autism spectrum disorder.https://t.co/CZ2UkhXd0m

The paper was riddled with methodological issues that were not addressed in peer review. The new paper is an order of magnitude worse. Let me try to explain without having to re-review the new paper in full.

The method described uses something called laser ablation linked to mass spectrometry. A single hair is placed upon a glass slide and a laser moves along the hair converting it into a plasma which is then analysed using mass spectrometry.

The plasma contains atoms of all elements, including metals, found in each increment of hair. Each element has a distinctive mass and so its presence in the plasma can be measured. All sounds pretty good so far.

Details of exact methods used are sketchy and not published anywhere in the paper. However, my next thought turned to the data. How much, for example aluminium, was measured in this process?

We are told that aluminium was one of the metals measured and that its content was increased in analysed hair from donors with autism.

I was unable to find any quantitative absolute data regarding metal content of hair. I noticed a reference to data where it is stated that data are expressed relative to sulphur, for example, this could take the form of 1 Al atom / S atom or something similar.

However, even such ‘normalised’ data are nowhere to be found in this paper. There are no raw data. All so-called data presented in the paper are the outcome of impenetrable algorithms that cannot be investigated or tested either now or during previous peer review.

Why is this point about raw data important?

All analytical methods are governed by quality assurance procedures and protocols. For example, every method has something called a limit of detection (LOD). This is the smallest amount that can be measured that can be proven to be statistically significant.

For example, in our seminal study on aluminium in human brain tissue we determined a limit of detection or instrument detection limit of approximately 0.1ppb.

There are no such data for any metal presented in this study. There is no validation of the mass spectrometry used to measure metal content of individual hairs.

We are told that metal content was measured per 6 hours of hair growth. So if hair grows at 1cm/month, as stated by the authors, then 6 hours of growth is equivalent to a fraction of a mm of hair. What does a mm of hair weigh? Perhaps one microgram?

How much aluminium would there need to be in 1mm of hair for it to be measured with statistical significance? These are the unknowns that have been conveniently ignored in this study.

When we measured Al in human brain tissue we required at least 200mg of tissue if the data we obtained were to achieve statistical significance. The weight of hair used in this study to generate data on metal content is 200,000 times lower.

My intuition tells me that they cannot generate meaningful data on metal content of a single strand of hair, perhaps about 40mg in weight, never mind on sub-mm lengths of hair.

However, I might be wrong and this is why we use quality assurance data for every analytical method and why they need to validate their data before it can be accepted or even believed.

Add to these issues that the hair is placed upon a glass slide (even the purest glass includes metal contaminants and even components) and that some of the glass will also be turned into plasma during the hair ablation process.

The authors acknowledge this as an issue but then go on to say that they have taken this into account again without providing any data to support their assertions. Method blank data are essential.

I would also question the use of sulphur content as a means of normalizing data.

Assuming that the sulphur content along a hair is constant, no data are presented to confirm this, then the mere fact that some metals are tightly bound by sulphur, for example, lead, while others, for example aluminium, are not will influence the distribution of metal in hair.

How did the authors take this simple chemistry into consideration in their impenetrable algorithms?

I am totally exasperated that research of this ilk is given media attention and even, apparently, a thumbs up from the  U.S. Food and Drug Administration (good recent track record on approving science!) when it is clear to anyone willing to look a little deeper that this ‘science’ is simply a patent looking for a home.

It is totally equivocal and worse highly confusing for the many who are looking for positive science relating to autism in infants.

Manish Arora, prove me wrong now that your paper has at last undergone some form of PEER review.

Dr. Christopher Exley is a biologist and author of “Imagine You Are An Aluminum Atom: Discussions With Mr. Aluminum.”