Sales of medically important antibiotics jumped 11% in 2019 compared with 2017, according to FDA data. The Natural Resources Defense Council says federal policies have failed to curb drug use in farm animals, and bold action is needed to address the growing antibiotic resistance crisis. 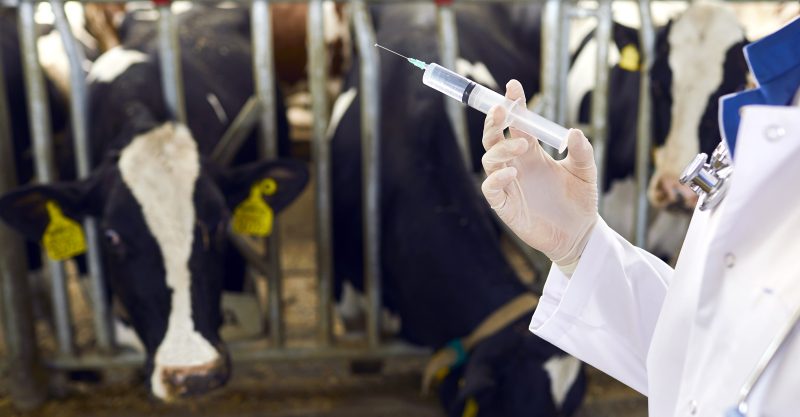 For two years in a row, sales of medically important antibiotics for use on food-producing animals in the U.S. have jumped upwards. Sales in 2019, according to FDA data, are 11% higher than in 2017, the year the FDA finished implementing Guidance #213, touted as “a significant change to how antimicrobials had been used for decades in food animals.”

The upward trend is particularly concerning given that antibiotic overuse is the major driver of another global health crisis unfolding quietly around us: bacterial resistance to antibiotic drugs. Resistance makes treatment of even common infections more likely to fail. That, in turn, puts many of modern medicine’s signature procedures at risk, such as transplant surgeries, kidney dialysis, chemotherapy, and more.

For far too long, the federal response to resistance has failed to comprehensively address the massive overuse of medically important antibiotics by the U.S. livestock industry. Sales of these precious medicines for livestock — often given to entire herds absent any sick animals — account for about two-thirds of overall sales including those for human medicine. The new FDA data only serve to reinforce our skepticism that current policies are adequate to curtail the growing resistance threat.

Medically important antibiotics are not rising for every sector. Sales for the chicken industry have been falling consistently for years, including a 28% drop from 2017 to 2019, thanks in large part to the leadership of chicken producers and major buyers in the restaurant industry.

Meanwhile, drug sales in 2019 for pigs rose nearly 28% compared to 2017, and those for cattle increased by more than 8% (see Table 1 below). The increase in sales cannot be attributed to increased animal production alone. Per kilogram of pig or cow under production, more of these precious medicines were sold for livestock use in 2019 than was the case two years earlier. Over that time period, in other words, the intensity or rate of antibiotic use rose by nearly 20% in pigs, and by 6.5% in cattle (Table 2, below).

As one of its chief priorities, the Biden Administration has vowed to lead an effort to rebuild and expand global capacity to quickly detect, respond to, and hopefully prevent future pandemic-scale health threats. The CDC warns that three in four novel infections — including pandemics such as COVID-19 — originate in animals before spreading to people, often via the food supply. These include “superbug” infections caused by bacteria resistant to multiple antibiotics, already called a slow-burning pandemic by some. And yet the U.S. has long lacked a system that can specifically track antibiotic use and resistance trends among what are some of the world’s largest, most antibiotic-intensive livestock industries. Given the global impact of U.S. meat production, this must be remedied.

We proposed immediate steps that Biden officials should take to better address the global drug resistance crisis, and the U.S. contribution to it. First, they should quickly establish a national target to reduce overall livestock antibiotic use 50% by the end of 2023, relative to 2009 levels. It is a modest, very achievable target for the U.S. In just eight years, from 2011 to 2018, 25 members of the EU collectively reduced livestock antibiotic use by 35%; and that was after they had already phased out antibiotics used for promoting growth in healthy animals prior to 2006. Under our proposal, U.S. producers would have nearly twice as long to meet a 50% use reduction target, but unlike EU producers they would get credit for the phase out of “growth promotion” antibiotics leading up to the FDA’s long-overdue ban in 2017.

Second, as part of the Administration’s pandemic preparedness planning, federal officials must make immediate investments to construct a robust U.S. system for tracking antibiotic use and resistance at the farm level. Since 2004, the non-partisan Government Accountability Office has repeatedly recommended building such a system, but no steps were taken to do so. Even if the rest of the world builds that capacity, there would be a large and potentially fatal gap due to the absence of comprehensive tracking within the enormous U.S. industries.

Strong national targets and robust systems to collect on-farm data and track antibiotic resistance have been critical to the success of several European countries in significantly reducing livestock antibiotic use. They offer the Biden Administration a clear and tested roadmap. It would be tragic to ignore their example, and thereby miss a window for doing what’s possible right now to help preserve the efficacy of life-saving antibiotics, and to protect modern medicine as we know it.