A sweeping report published Thursday by one of the world's largest conservation groups found Earth's vertebrate animal populations experienced an average decline of nearly 70% between 1970 and 2018. 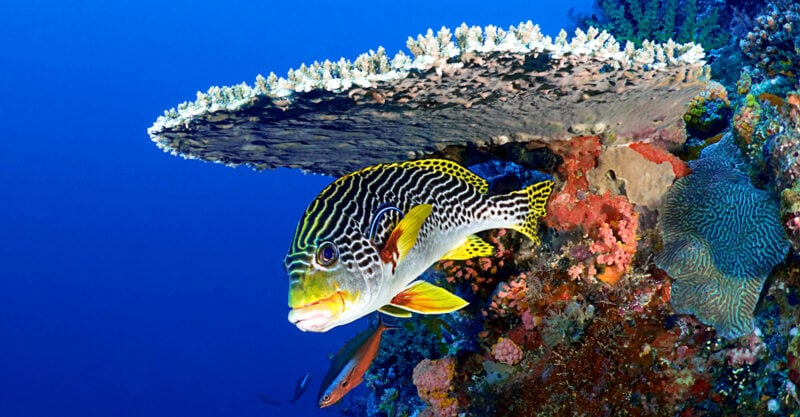 A sweeping report published Thursday by one of the world’s largest conservation groups finds that Earth’s vertebrate animal populations experienced an average decline of nearly 70% between 1970 and 2018, a staggering drop that experts attribute to the worsening climate crisis, pollution, the large-scale destruction of forests and continued human exploitation of wildlife.

The World Wildlife Fund’s (WWF) Living Planet Report 2022, which the group calls its most comprehensive study to date, estimates that tens of thousands of monitored mammal, bird, amphibian, reptile and fish populations have seen an average 69% decline in relative abundance over just a 50-year period, a blaring signal that the planet is in the midst of a devastating biodiversity crisis.

“The message is clear and the lights are flashing red,” states the new report, which examines nearly 32,000 species populations across the planet — from the oceanic whitetip shark to the Amazon pink river dolphin to Darwin’s frog — to spotlight what it describes as the twin emergencies of climate change and species decline.

“Climate change is having a dramatic impact on our natural environment,” the report notes.

“Some species are dying out while others are having to move where they live due to changes in air temperature, weather patterns, and sea levels. As well as being a direct driver of biodiversity loss, climate change also worsens the other drivers.”

WWF warns that animal populations in its freshwater Living Planet Index “have been hit the hardest, declining by an average of 83%” thanks to myriad factors, including pollution and massive species exploitation. Regionally, Latin America — home to the rapidly deteriorating Amazon rainforest — has seen the largest decline in average population abundance at 94%.

“These plunges in wildlife populations can have dire consequences for our health and economies,” said Rebecca Shaw, WWF’s global chief scientist.

“When wildlife populations decline to this degree, it means dramatic changes are impacting their habitats and the food and water they rely on. We should care deeply about the unraveling of natural systems because these same resources sustain human life.”

#BREAKING! Species population numbers have plummeted by 69% on average since 1970. 🚨
Nature is sending us an SOS: our life-line is in danger.💔
We need to turn things around – now. RT if you’re with us #ForALivingPlanet! #LivingPlanet #LPR2022 pic.twitter.com/LovbPvSwC5

As Vox’s Benji Jones explains, WWF’s topline figure of 69% average animal population decline “does not mean there are two-thirds fewer animals today compared to 50 years ago.”

“It’s not counting all the animals lost in each group and adding that up; it’s measuring the relative size of the decline in each population and averaging it,” Jones notes.

Still, WWF’s findings paint a dire picture of the global wildlife emergency as scientists warn Earth may be in the midst of a “Sixth Mass Extinction,” this one caused by the degradation of the natural world by the fossil fuel industry and other human activity.

The New York Times notes that some experts believe WWF’s report “actually underestimates the global biodiversity crisis, in part because devastating declines in amphibians may be underrepresented in the data.”

WWF’s report comes as world leaders are set to gather for the second phase of UN Biodiversity Conference (COP-15) talks in Montreal, Canada, to negotiate a global framework to mitigate and reverse the accelerating biodiversity crisis.

The first phase of the COP-15 negotiations ended in disappointment, with climate campaigners decrying world leaders’ lack of urgency in the face of plummeting species populations.

In a statement, WWF said the upcoming Montreal talks represent “a once-in-a-decade opportunity to course-correct for the sake of people and the planet.”

“The U.S. government can help ensure that COP15 and the emerging 2030 Global Biodiversity Framework are successful through its diplomatic engagement and by bringing new resources to the table to help developing countries protect their biodiversity,” the group argued.

“Doing so,” Roberts said, “would empower the federal government to drive greater progress in conserving and restoring nature, and send a signal to other countries that it expects other actors to do the same.”