How Air and Water Pollution Impact Our Brain

An under-researched field exploring the intersection of pollution and mental health is gaining momentum as evidence mounts that environmental pollutants damage every organ in our bodies — including our brains. 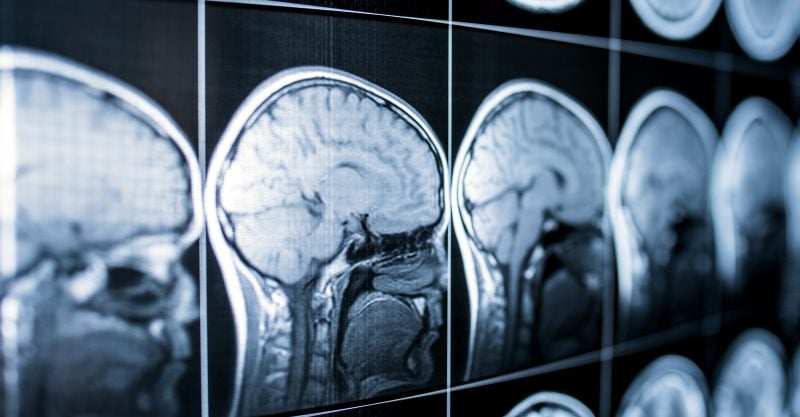 An under-researched field exploring the intersection of pollution and mental health is gaining momentum as evidence mounts that environmental pollutants damage every organ in our bodies — including our brains.

This guide explores the emerging science and offers solutions aimed at better supporting mental health in the face of these environmental challenges.

According to the American Lung Association’s 2021 State of the Air report, about four in 10 U.S. residents live in counties with unhealthy levels of air pollution. But what counts as “unhealthy” is based only on how pollution affects physical, not mental, health.

Scientists have known for a long time that air pollution damages the lungs, leading to conditions like asthma and lung cancer and that it can damage the heart as well.

Only much later, researchers discovered that air pollution also causes changes in the brain that increase the risks of mental illness, dementia, Alzheimer’s and learning problems. Even small increases in air pollution have been linked to depression and anxiety.

A large 2019 study of people in Denmark and the U.S. found people exposed to high levels of air pollution are much more likely to suffer from a psychiatric illness such as depression, schizophrenia, bipolar disorder or personality disorder.

A multitude of contaminants can end up in drinking water, and many drinking water systems in the U.S. and globally lack good systems to filter them out.

Pathogens, pesticides, fertilizers, heavy metals such as arsenic, mercury and lead and radioactive minerals like uranium are present in many water systems, and may have acute or chronic effects.

Recently, evidence has also come to light about the widespread presence of so-called “forever chemicals” in water: PFAS, or per- and polyfluoroalkyl substances.

We know that these common water contaminants and others are, collectively, associated with a long list of ailments, including cancer, neurological disorders, learning problems, thyroid disease, immune issues, fertility and pregnancy problems and birth defects, to name a few.

However, the effects of these and other pollutants on mental health have not been well-explored, if at all. But a body of research is emerging about how one common contaminant, lead, impacts our mental health.

It’s been known for decades that lead exposure early in life can cause cognitive and learning problems in children.

Now, researchers are gathering evidence that lead-exposed children are more likely to experience depression, schizophrenia and other psychiatric disorders when they become adults.

A recent review of scientific research found evidence that childhood lead exposure is a risk factor for psychiatric disorders like anxiety, depression and obsessive-compulsive disorders and neurodevelopmental disorders like ADHD, autism and Tourette syndrome.

A long-term study from New Zealand followed hundreds of people and found that those who were exposed to higher levels of lead as children were more likely to experience symptoms of mental illness as adults, including antisocial behavior, eating disorders, depression, anxiety, post-traumatic stress, substance abuse, delusions and hallucinations.

According to the Natural Resources Defense Council, between 2018 and 2020 more than half the U.S. population drank water from drinking water systems with lead levels higher than 1 part per billion (the level set by the American Academy of Pediatrics to protect children from lead in school water fountains).

Other pollutants and pathways

Researchers say that most research on pollution and mental health has so far focused on air pollution and heavy metals like lead. The mental health effects of many other categories and pathways of pollutants, like pesticides in food and plasticizers found in toys and personal care products like shampoos and lotions, remain largely unknown.

In addition, scientists don’t yet know much about the synergistic effects of exposure to multiple pollutants.

For example, if a family drinks contaminated water and also lives near several other pollution sources, such as a busy road, oil and gas wells and agricultural fields where pesticides are used, how might the combined exposure to these pollution sources create new or intensified mental health effects?

The unknowns leave millions at risk from one or more sources of pollution.

Advancing research on pollution’s links to mental health is a slow, often laborious process. Because the field is so new, funding has been hard to come by, and gaining access to relevant data poses another challenge.

Scientists have had to find creative workarounds, such as using available mental health data from previous studies or health information systems and matching it up with pollution data to find relationships.

In the U.S., there are big gaps in available healthcare data in part because of the lack of a comprehensive national healthcare information system. Instead, private insurance companies and healthcare systems often maintain this data.

In addition, not all states have robust systems for compiling and maintaining environmental data, making it difficult to get a complete picture.

As scientists continue to pursue answers, communities exposed to pollution remain at risk.

Our reporting found that those with the highest level of air pollution frequently face other hardships that negatively impact mental health — like poverty, crime and racism — and lack access to mental health resources.

Communities of color are often hardest hit. According to the American Lung Association’s State of the State report, for example, people of color in Pennsylvania were 61% more likely to live in a county with a “failing” pollution grade. This is far from unique to a single region.

At the same time, there’s a lack of awareness that air pollution may increase the severity of mental illness, and thereby substantially increase the social and financial burdens in communities already struggling with these other social and economic challenges.

Behavioral healthcare systems frequently aren’t aware of links between pollution and mental illness, failing to consider it in diagnoses and missing opportunities to help people protect their mental health.

When it comes to mental health care, researchers say there’s a need to raise awareness of these links, and to increase access to and funding for mental health services in communities disproportionately burdened by pollution.

As EHN highlighted in our series, state and federal agencies responsible for regulating pollutants in our air and water need to pay attention to this emerging field, consider how these substances affect the brains of children and adults and support additional research examining the intersection of pollution and mental health.

Political leaders and regulators at every level should also acknowledge the disproportionate burdens on low-income communities and people of color, and factor this into decisions about approving and regulating pollutants so that regulation and enforcement are equitable.

Below are ways to support mental health and push for solutions to these problems, drawn from Pollution’s Mental Toll:

1. Take care of your mental health.

If you’re in need of new tools to support your mental health, you’re not alone. There are resources available:

Connect with these national groups advocating for cleaner air: