Top Action to ‘Save the Planet’? Crack Down on Industry Money in Politics 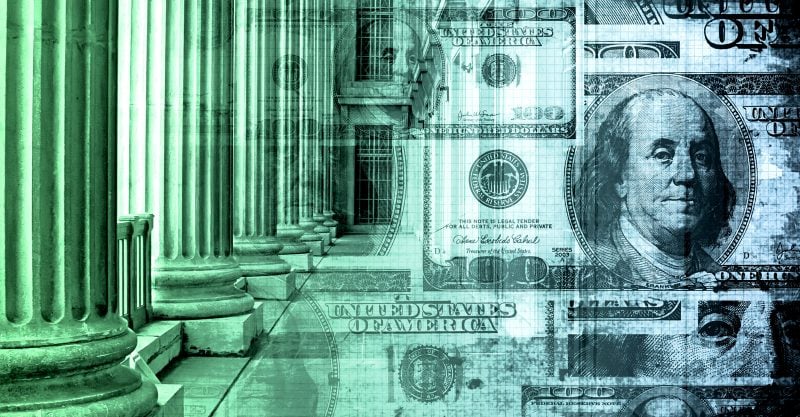 The Center for Biological Diversity last week called on President-elect Joe Biden to make good on his pledge to not “just tinker around the edges” of solutions to the climate and planetary crisis, releasing a report detailing 50 steps Biden can take without relying on Congress to address biological diversity, pollution, environmental injustice and the heating of the planet.

The group’s report — “The Last Decade to Save the Planet” — takes its name from climate scientists’ warning that greenhouse gas emissions must be slashed by 50% in the next 10 years in order to have any hope of limiting global warming to 1.5º Celsius by 2050.

The report focuses on five key areas in which Biden can make a lasting difference in how the U.S. government confronts the planetary emergency, as Congress did decades ago with legislation including the National Environmental Policy Act and Endangered Species Act.

The incoming administration must crack down on corruption and the influence of corporate polluters, address the climate crisis, protect environmental and human health from dangerous chemicals, restore abundant wildlife populations and strengthen safeguards for public lands, the report says.

The first step Biden can take to confront the climate and ecological crises, the report says, is to officially declare the crises national emergencies under the National Emergencies Act of 1976, a move that would immediately unlock emergency powers “that can hasten a just transition off fossil fuels.”

After making the declaration, Biden could reinstate the decades-old crude oil export ban which was lifted in 2015; create millions of jobs by ordering the manufacture of solar photovoltaic panels, installation hardware, batteries, microgrid, and energy efficiency hardware under the Defense Production Act; and redirect military funds toward construction of clean and renewable energy and smart-grid infrastructure projects on government properties.

“President-elect Biden said his administration wouldn’t just tinker around the edges, but instead would lock in progress no future president can roll back. Our recommendations are a roadmap for doing exactly that,” said Brett Hartl, government affairs director at Center for Biological Diversity. “By declaring that both the climate and extinction crises are true national emergencies and then acting accordingly, we can ensure our planet remains vibrant for generations to come.”

Another top priority for Biden must be revoking approximately 200 executive orders and unilateral environmental policies pushed through by the Trump administration, the group said. Starting just days after he took office in 2017, Trump ordered the expedition of environmental reviews to move destructive fossil fuel projects like the Keystone XL and Dakota Access pipelines forward; began dismantling two national monuments; and gutted protections for clean air and water.

“Because it would take too much time to uncover and understand the full extent of the damage caused by Trump’s political operatives, we recommend that President Biden order every federal agency to inventory every policy, guidance, and memorandum issued during the Trump administration within the first 100 days of his administration and repeal all of them without exception,” the report says.

In the section of the report detailing how Biden can protect human and environmental health without the approval of Congress, where Republicans are likely to control the Senate, Center for Biological Diversity recommends the president-elect phase out the 100 most dangerous pesticides; update limitation guidelines for toxic materials and plastics to eliminate water pollution, and require all EPA programs to consider the impact on endangered species when setting pollution limits.

“That’s something the agency has never done, but it would result in far more protective pollution safeguards across the board,” the organization said in a statement.

In the report, the group notes that the coronavirus pandemic has provided a stark picture of the devastating consequences of “recklessly exploiting wildlife.”

Among other recommendations, Center for Biological Diversity calls on Biden to implement a 100% traceability program at the U.S. Fish and Wildlife Service, for all wildlife trade. The coronavirus is believed to have “jumped” from animals to humans late last year, setting off the pandemic which has now killed more than 1.5 million people.

“Even before COVID-19, zoonotic diseases — those that jump from wildlife or domestic animals to humans — caused over two million deaths worldwide each year,” the report reads.

“The emergence of novel zoonotic diseases like COVID-19 continue to occur — and with more frequency — primarily because of the legal trade of wildlife. Most importantly, because a person who is infected by a zoonotic disease can now travel halfway around the world on an airplane in under 24 hours — less time than the incubation period of most diseases — it is critical to address wildlife trade everywhere it’s occurring.”

In addition to implementing a traceability program, the report says, Biden should use the Pelly Amendment to prohibit the importation of any products from countries which engage in illegal trade that “diminishes the effectiveness of an international wildlife treaty.”

“If the pandemic has taught us anything, it’s that we must fundamentally reset our relationship with wildlife and the natural world,” said Hartl. “If we protect the planet’s most imperiled species, we’ll take care of people too. Their protection will give us cleaner air and water and less risk of another zoonotic pandemic sweeping across the globe.”