ACTION ALERT! Ask for Investigation of Fraud and Obstruction of Justice in the Omnibus Autism Proceedings! 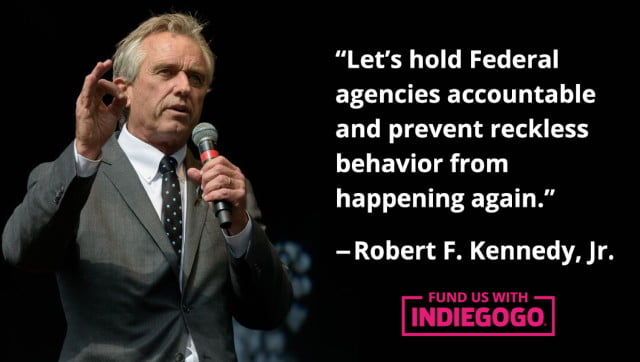 The Office of Inspector General (OIG) Michael Horowitz at the Department of Justice, (202) 514-3435, has sent the Kennedy/Hazlehurst petition to the DOJ Office of Professional Responsibility, Cory Amundson, Director, 202-514-3365.

We need your help! To keep the heat up and to make your comments known and on the record, please send an email to: OPR.complaints@usdoj.gov. (Even though the email address is for “complaints”— it can also be used for comments.)

As an American citizen, I am asking that you investigate the alleged fraud and obstruction of justice by DOJ lawyers in the Omnibus Autism Proceeding.  Please see the [House] [Senate] letter from Robert F. Kennedy, Jr. that was hand-delivered to the Chairman for details.  This is an issue that affects me personally as I am the parent of a vaccine-injured child.  The promise that Congress made to parents in the 1986 National Vaccine Injury Compensation Program (NVICP) legislation has not been kept.  Families of injured children must have recourse to compensation to provide the lifetime of care that many of these children require. [If you live in their state or district, add your personal information here.]

Misconduct, Mitochondria and the Omnibus Autism Proceedings: Kennedy News and Views article discussing the conduct of Matanoski and Ricciardella that Kennedy and Hazlehurst allege seriously undermines the decisions in the Omnibus Autism Proceedings. Thousands of children may well be victims of vaccine-induced brain damage featuring autism and of a shocking injustice of historical proportions. If true, the civil rights of thousands of petitioners have been violated. The decisions of the Special Masters in the Omnibus Autism Proceedings may now be invalid and strong arguments to re-open the proceedings could well have merit. Decisions on other vaccine injury cases and law, all the way to the Supreme Court, are thrown into question.