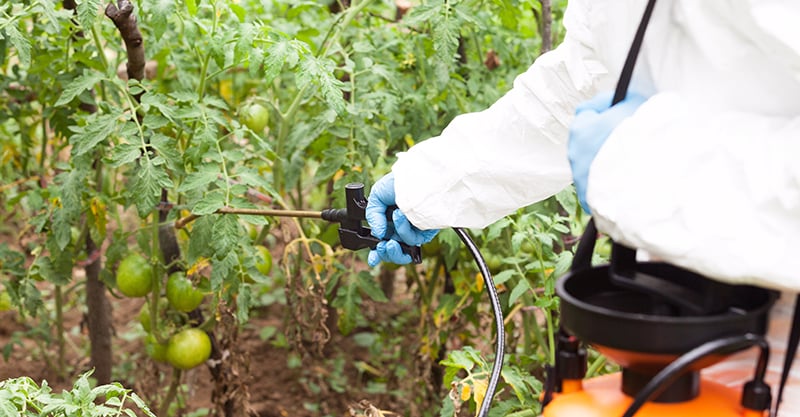 In Part I, “The Disturbing Increase in Colorectal Cancer in Young Adults,” we called attention to the steep rise in colorectal cancer incidence in young people in their twenties and thirties and discussed the risks associated with viral vaccines. In Part II, we discuss glyphosate as another plausible culprit in the colorectal cancer epidemic.

Gut bacteria play a pivotal role in shoring up brain health and overall health. This fact has become a widely acknowledged talking point in scientific circles as well as in the popular press. The reverse is also true—when diet or environmental factors produce gut dysbiosis (an imbalance of the microbes that reside in the gastrointestinal tract), the imbalance can “impact the pathologies of many diseases.”

Colorectal cancer has increased by 51% in Americans under age 50 since the mid-1990s, and researchers suggest that “early life exposures…may be contributing to the rise” in that age group. A leading hypothesis is that gut dysbiosis is playing an active part—perhaps by disrupting young people’s immune response and triggering overactivation of cell signaling proteins in the colon. Some researchers have even posited a “bidirectional self-feeding relationship” between the gut microbiome and colorectal cancer, with gut dysbiosis contributing to colorectal cancer growth and progression, and tumor growth in turn disturbing the gut microbiome.

Autism investigators have been at the forefront of research on the gut microbiome. They point to environmental toxins and antibiotic use as two influences that can shift the gut’s microbial composition in an unfavorable direction. Scientists attribute up to 85% of colorectal cancers to environmental and microbial factors. Glyphosate (the leading ingredient of Roundup) is both an herbicide and a patented antimicrobial. Could the upward trend in glyphosate usage that began roughly three decades ago have something to do, therefore, with the skyrocketing incidence of colorectal cancer in young people? Although recent court cases linking Roundup to cancer have focused mostly on other types of cancer such as non-Hodgkin’s lymphoma, the evidence that glyphosate wreaks havoc with gut bacteria has led many researchers to suspect that the answer is yes.

… and seven out of ten study participants had glyphosate levels above the limits of detection.

Glyphosate in the air and everywhere

These days, glyphosate exposure affects everyone, not just farmworkers. Newsweek reported in 2016 that the world is “awash in glyphosate,” with a fifteen-fold increase in Roundup use since the mid-1990s. American agriculture sprays glyphosate on at least 70 food crops. As a result, glyphosate residues are now rampant in the U.S. food supply, including in the processed Cheerios, Doritos and Oreos so frequently gobbled up by children and adolescents.

Studies have documented concerning levels of glyphosate in Americans’ urine and breastmilk. One study of U.S. adults found that average glyphosate levels in urine increased by a factor of thirteen over the two-decade period between 1993–1996 and 2014–2016—and seven out of ten study participants had glyphosate levels above the limits of detection. Mean levels of a glyphosate metabolite called AMPA measured approximately 36 times higher in the second time period. Moms Across America has reported high levels of glyphosate in three out of ten breastmilk samples tested.

Glyphosate and the gut

A variety of in-progress clinical trials are exploring the link between the intestinal microbiota and colorectal cancer. Completed studies have already shown that individuals with colorectal cancer “display instability in the composition of their gut bacterial communities when compared with healthy controls” and have elevated levels of unfavorable bacterial species. Several of these species exhibit “pro-inflammatory and pro-carcinogenic properties, which could consequently have an impact on colorectal carcinogenesis.” In fact, researchers suggest that measurement of these out-of-whack bacterial populations could have “potential value as a marker of colon cancer.”

The widespread and intensive use of glyphosate has exacerbated “distortions in microbial communities.” Researchers note that:

Shifts in microbial compositions due to selective pressure by glyphosate may have contributed to the proliferation of plant and animal pathogens. …[W]e hypothesize that the selection pressure for glyphosate-resistance in bacteria could lead to shifts in microbiome composition and increases in antibiotic resistance to clinically important antimicrobial agents.

Researchers Anthony Samsel and Stephanie Seneff have written extensively about glyphosate in a series of papers elucidating “pathways to modern diseases.” They note that in animals, glyphosate “has been shown to disrupt gut bacteria…, preferentially killing beneficial forms and causing an overgrowth of pathogens.” Overgrowth of opportunistic pathogens can lead to a breakdown of the gut lining and the development of “leaky gut” syndrome. Researchers describe “the loss of gut barrier integrity” as “an early event which contributes to chronic inflammation,” and they have observed both gut dysbiosis and a dysfunctional intestinal barrier in colorectal cancer patients.

… U.S. regulators allow a much higher “acceptable daily intake” of glyphosate than is permitted in other countries.

Far from sticking up for American consumers, U.S. regulatory agencies such as the Environmental Protection Agency (EPA) and Food and Drug Administration (FDA) have largely turned a blind eye to concerns about glyphosate safety. The environmental website EcoWatch reported in 2016 that although the FDA routinely tests foods for pesticide residues, it had never tested for glyphosate residues until that year; EPA critics believe that the agency “has been unduly influenced by the agrichemical industry.” EcoWatch also observed that U.S. regulators allow a much higher “acceptable daily intake” of glyphosate than is permitted in other countries.

In July, 2019, Children’s Health Defense filed a lawsuit against Beech-Nut Nutrition Company, asserting that the company’s labeling and marketing practices “deceive parents who seek to be mindful of what is contained in the baby foods they provide to their infants.” Independent laboratory testing identified multiple synthetic pesticides, including glyphosate, in Beech-Nut’s “Naturals” line of baby food. Children’s Health Defense and Chairman and Chief Legal Counsel Robert F. Kennedy, Jr. take the health of our most precious resource—our children—very seriously and are at the forefront of legal efforts to challenge fraud and free children from exposure to toxic chemicals.

The rising toll of colorectal cancer deaths in young people who are in the prime of life points to the urgent need to reset regulatory priorities and put people before profits. Glyphosate’s deleterious effects on the gut microbiome—just one of many problems associated with the herbicide—are one more nail in the coffin for a toxic product that is well past its use-by date.