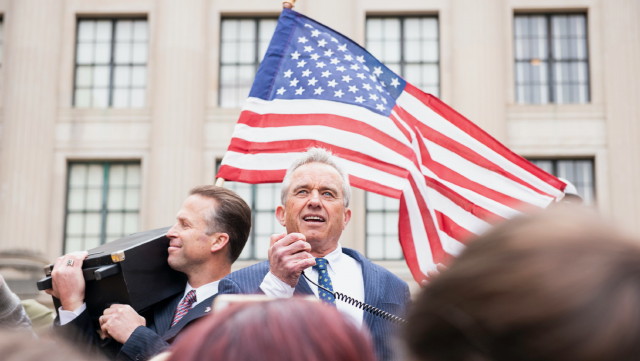 RFK, Jr. “This afternoon, New Jersey’s Republican Senator Declan O’Scanlon agreed to switch his “no” vote to “yes” in exchange for an amendment that will force poor children to vaccinate while exempting children sufficiently wealthy to attend private schools.”

Monday NJ legislators will vote on legislation on whether or not to repeal the religious exemption in NJ.

“So drop what you are doing and pick up your phone. Contact each of the Democrats who abstained from supporting Sen. O’Scanlon’s amendment today. Give them some love and then explain gently that the party of “My Body, My Choice” shouldn’t be revoking the choice of Americans to be free from government-coerced medical interventions, to exercise sovereignty over their bodies and of parents to make judgments over the best way to care for and protect their children.

We Democrats who are supposed to be—at long last—listening to women shouldn’t be aggressively censoring them. We Democrats, who proclaim our love for the Constitution, shouldn’t support the abolition of the right to jury trial for vaccine injured plaintiffs, the rights to education and religious liberty. We, who are supposed to be standing up for the individual against corporate domination, shouldn’t be turning our children over to pharmaceutical companies for mass experimentation with untested, zero liability drugs. We, who advocate equal treatment of rich and poor, shouldn’t be supporting legislation that forces the poor to vaccinate while exempting the wealthy.”

“Thank you for not voting on a bad bill! Reach out to each of the Senators below and ask them to retain ALL religious exemptions in ALL public and private schools.”