Overview: After All These Years, FDA is Still “Asleep at the Switch” 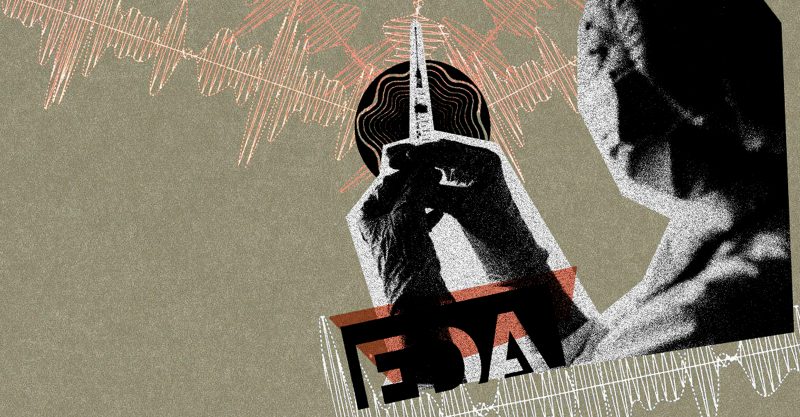 Background: Peter Patriarca, an FDA employee, admitted back in 1999, in a confidential e-mail obtained through FOIA, that, “… the greatest point of vulnerability on this issue is that the systematic review of thimerosal in vaccines by the FDA could have been done years ago and on an ongoing basis as the childhood immunization schedule became more complex.  The calculations done by FDA are not complex. I’m not sure if there will be an easy way out of the potential perception that the FDA, CDC and immunization policy bodies may have been “asleep at the switch” re: thimerosal until now”.

Since 1999, an entire generation of children both in the US and internationally has continued to be exposed to thimerosal – and it is time for this to stop.  Nobody should be exposed to a known neurotoxin.

An Ongoing Saga: On March 30th of this year, Robert F. Kennedy, Jr., and the Children’s Health Defense team met with the Director of the FDA’s Center for Biologics Evaluation and Research (CBER) Dr. Peter Marks, M.D., Ph.D. and his colleagues to discuss the agency’s ongoing refusal to ban thimerosal, a mercury-based preservative, from vaccines in the United States. CBER is the division of the FDA responsible for approving and monitoring the safety of all biological products, including vaccines, allergenic products, blood and blood products, and cellular, tissue, and gene therapies.

At the meeting, we presented a large amount of research showing the toxicity of thimerosal in humans, animals and cellular models, including at levels similar to those resulting from vaccine exposures.  We expressed our alarm regarding the total lack of adequate safety testing of thimerosal prior to licensure, especially given its current use in vaccines approved for infants and pregnant women and its worldwide use in millions of vaccines given to children, particularly in developing countries.  Dr. Marks promised to look over the studies and seriously consider our concerns.

Here is the correspondence that followed:

It seems ludicrous for one arm of the FDA, the Center for Drug Evaluation and Research (CDER), which regulates over-the-counter products to find that thimerosal and other mercury products are not generally recognized as safe and effective (GRASE) while CBER allows their widespread use in over 120 vaccines and other prescription products. In 1998, FDA issued final rules banning thimerosal and mercury product use in over-the-counter products.  Our goal at Children’s Health Defense is to extend that ban to all use of mercury in medical products both in the United States and worldwide.