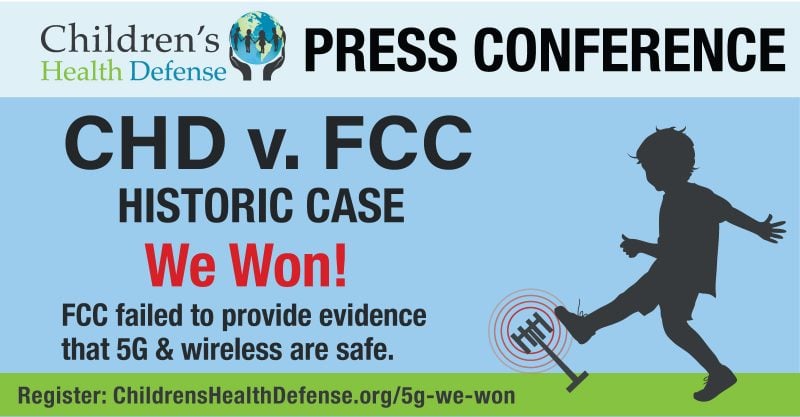 On Aug. 13, The U.S. Court of Appeals for the D.C. Circuit ruled in favor of the Children’s Health Defense (CHD) in its landmark case against the Federal Communications Commission (FCC) challenging the FCC’s decision not to review its health and safety guidelines regarding 5G and wireless technology. The court ruled that the FCC failed to provide a reasoned explanation for its determination that its current guidelines adequately protect against harmful effects of exposure to radiofrequency radiation and failed to review the extensive evidence – scientific evidence and evidence of existing sickness – that was filed with the FCC.

Read More in the Defender article: ‘Historic Win’: CHD Wins Case Against FCC on Safety Guidelines for 5G and Wireless