What’s In the MMRV Vaccine?

This is an excerpt from the insert for ProQuad, the measles, mumps, rubella, varicella (chickenpox) vaccine.  Every vaccine contains this document.

In the Description, the manufacturer (Merck) talks about WI-38 human diploid lung fibroblasts and MRC-5 cells.  The insert also states that the vaccine contains

“residual components of MRC-5 cells including DNA and protein.” 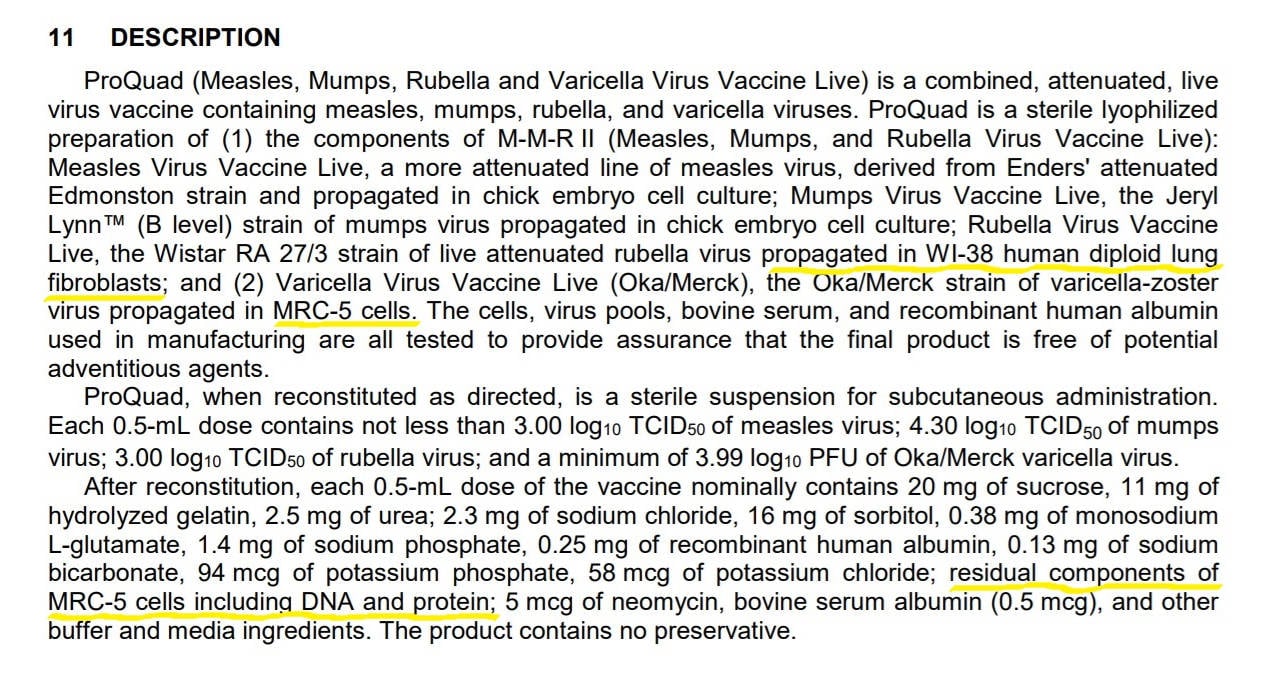 What are MRC-5 cells?

The MRC-5 cell line was developed in September 1966 from lung tissue taken from a 14 week fetus aborted for psychiatric reason from a 27 year old physically healthy woman.

“WI-38 is a diploid human cell line composed of fibroblasts derived from lung tissue of a 3-month-gestation aborted female fetus.”

The WI-38 cell line was developed in July 1962 from lung tissue taken from a therapeutically aborted fetus of about 3 months gestational age.