Are your children still yours?

Parents Should Be Allowed to Make Health Decisions for their Children

Parents have the responsibility and authority to make medical decisions on behalf of their children.  Why?  Because they love them.

But, the world has turned upside down.  Now, people you have never met are making health decisions for your children.

This may sound like a strange question, but are you still the parent of your own child?

The government has given these people the authority to make medical decisions for your child by deciding what medical interventions (vaccines) they must have.

It doesn’t matter if you agree or not.

It doesn’t matter that you know your child best.

It doesn’t matter that you love your child and want them to have a long and healthy life.

It doesn’t matter that the decisions you make will be in the best interest of your children.

None of that matters.

Parents have the responsibility and authority to make medical decisions on behalf of their children.  Since politicians, vaccinologists, and bureaucrats are now making some of the decisions, let’s meet your child’s co-parents.

But first a question: If vaccines were so great and so harmless and had no long or short term risk, why do they have to force people to take them?

Let’s be clear, the four people below were selected because they have been outspoken and public vaccine proponents.  There are others, but this is just a sample.

Are These Your Children’s Co-Parents?

Stanley Alan Plotkin developed vaccines in the United States during the mid to late twentieth century.  Dubbed the “Godfather of Vaccines,” he has worked on vaccines for anthrax, polio, rabies and rotavirus. He literally wrote the book on vaccines.  It’s called Plotkin’s Vaccines and it’s now in its 7th edition. 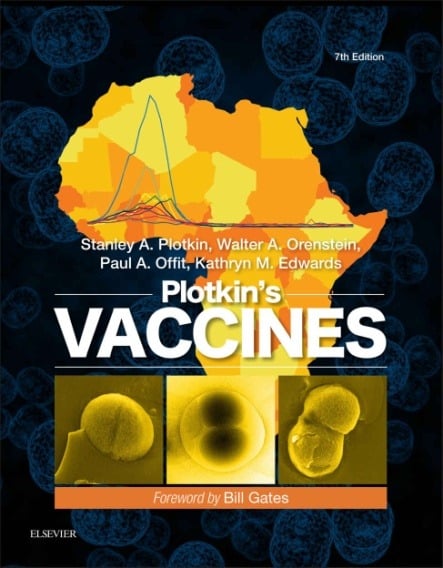 Here are excerpts of a video deposition that Plotkin gave on January 11, 2018.  In these excerpts you will learn what’s actually in vaccines:

This is the full deposition:

Between approximately the one hour and two hour mark, you can hear him discuss the millions of dollars he has received from vaccines over the years.

Samuel Katz, “there was no published peer-reviewed study”

Samuel L. Katz, MD is an American pediatrician and virologist whose career has been devoted to infectious disease research, focusing principally on vaccine research and development.

Katz has chaired the Committee on Infectious Diseases of the American Academy of Pediatrics (the Redbook Committee), the Advisory Committee on Immunization Practices (ACIP) of the Centers for Disease Control, the Vaccine Priorities Study of the Institute of Medicine (IOM), and several WHO and CVI vaccine and HIV panels. He is a member of many scientific advisory committees and boards including the NIH, IOM, WHO, St. Jude Children’s Research Hospital, The Burroughs Wellcome Fund (Chairman), and the Hasbro Children’s Foundation. He was Chairman of the Public Policy Council of the Infectious Diseases Society of America (IDSA) and currently co-chairs IDSA’s Vaccine Initiative.

This is from: “Shoot First and Ask Questions Later” Scientific Fraud and Conflict Of Interest In Vaccine Research, Licensing & Policymaking By Michael Belkin

“Another case suggesting scientific fraud is the still-existing 1991 ACIP recommendation that every newborn baby receive the hepatitis B vaccine in the hospital within hours of birth. Samuel L. Katz, MD, who instituted that policy when he was ACIP Chairman in 1991 has admitted they had no peer-reviewed, published studies showing that it was safe to give to newborns when the ACIP made that recommendation. (Katz is former Chairman Committee on Infectious Diseases of the American Academy of Pediatrics, former Chairman of the Public Policy Council of the Infectious Diseases Society of America).”

“When I asked Katz in the question/answer session after his April 12, 2000 NY/Cornell Medical School lecture on “Vaccines in the New Millennium” what peer-reviewed, published safety study he used when he was ACIP Chairman to recommend at-birth immunization of newborns in 1991 he answered: “you are quite right there was no published peer-reviewed study” (tape and transcript available). Newborns have negligible risk of contracting the hepatitis B virus, unless the mother is infected. That risk can easily be determined by a maternal blood test. No US vaccine had ever been mandated for newborn babies before. But Katz and the ACIP decided it was safe to vaccinate not-at-risk for hepatitis B newborns without any proper safety study.”

Katz is the co-inventor of the measles vaccine.  This is what he said when interviewed for the Oral History Project by Jeffrey P. Baker, MD, PhD between March 7, 2002 and June 13, 2002.  (The link has been taken down, but as of this writing a cached version is still available on Google).  In this excerpt, Katz is discussing the measles vaccine:

“Today it’s just Merck [Pharmaceuticals], but at that point, Parke-Davis [now a division of Pfizer, Inc.], [Eli] Lilly [& Company Limited], Wyeth [Laboratories, Inc.], Merck, Pitman-Moore [Pharmaceuticals, Ltd.] [absorbed into International Minerals and Chemical Corporation]. Companies that don’t even make vaccines anymore all seized on this. They saw that measles were something people wanted to have their kids avoid, and they saw this as a good marketing thing (emphasis added).”

Paul Allan Offit  is an American pediatrician specializing in infectious diseases, vaccines, immunology, and virology. He is the co-inventor of a rotavirus vaccine. He has been a member of the Centers for Disease Control (CDC) Advisory Committee on Immunization Practices.  Offit is a board member of Every Child By Two and a Founding Board Member of the Autism Science Foundation (ASF).  Offit is perhaps the most widely-quoted defender of vaccine safety.

According to a congressional investigation:

“At our April 6th autism hearing, Dr. Paul Offit disclosed that he holds a patent on a rotavirus vaccine and receives grant money from Merck to develop this vaccine. He also disclosed that he is paid by the pharmaceutical industry to travel around the country and teach doctors that vaccines are safe. Dr. Offit is a member of the CDC’s advisory committee and voted on three rotavirus issues, including making the recommendation of adding the rotavirus vaccine to the Vaccines for Children program.”

According to a CBS News investigation:

Offit was not willing to be interviewed on this subject, but like others in this CBS News investigation, he has strong industry ties. In fact, he’s a vaccine industry insider.

Offit holds in a $1.5 million dollar research chair at Children’s Hospital, funded by Merck. He holds the patent on an anti-diarrhea vaccine he developed with Merck, Rotateq…And future royalties for the vaccine were just sold for $182 million cash. Dr. Offit’s share of vaccine profits?

Offit’s personal or laboratory share has never been disclosed publicly, but typical intellectual property agreements in academic research allow for the inventors to share in up to 25% of institutional income.

Senator Richard Pan, is he a moron, a liar, or both?

Richard Juien-Dah Pan is an American Democratic politician who is currently California State Senate representing the 6th Senate district, which encompasses parts of Sacramento and Yolo counties. He is also a pediatrician. Pan sponsored a bill in California that removed vaccine exemptions from the law.  This meant that many children now have to be vaccinated against their parent’s will.

Here are five excerpts of his public statements about vaccines.  Each one is false.  Either he knows the truth and he is lying or he doesn’t know and, as a pediatrician, he is a complete moron.  Either way he should not be allowed anywhere near law making that affects other people’s children.

PAN SAID NO ONE HAS EVER DIED FROM THE MEASLES VACCINE.  THIS IS FALSE.

This is from The National Vaccine Information Center.  All the sources they cite are at the bottom of this page:

“As of May 31, 2019, there have been more than 94,972 reports of measles vaccine reactions, hospitalizations, injuries and deaths following measles vaccinations made to the federal Vaccine Adverse Events Reporting System (VAERS), including 468 related deaths, 7,127 hospitalizations, and 1,820 related disabilities. However, the numbers of vaccine-related injuries and deaths reported to VAERS may not reflect the true number of serious health problems that occur after MMR vaccination.

As of July 1, 2019 there have been 1,274 claims filed in the federal Vaccine Injury Compensation Program (VICP) for 82 deaths and 1,192 injuries that occurred after measles vaccination. Of that number, the U.S. Court of Claims administering the VICP has compensated 484 children and adults, who have filed claims for measles vaccine injury.” (source 1 below)

None of these things are happening. Therefore, vaccine safety is not taken seriously.

PAN SAID “VACCINES ARE NOT MADE FROM ABORTED FETAL CELLS.” THIS IS FALSE.

This has already been covered here.

The rubella and chickenpox portions of the measles, mumps, rubella, varicella (chickenpox) vaccine are both made from aborted fetal cells.

How do we know?

Because the manufacturer (Merck) tells us this.

In the Description, the manufacturer (Merck) discusses WI-38 human diploid lung fibroblasts and MRC-5 cells.  The insert also states that the vaccine contains “residual components of MRC-5 cells including DNA and protein.”

The MRC-5 cell line was developed in September 1966 from lung tissue taken from a 14 week fetus aborted for psychiatric reason from a 27 year old physically healthy woman.

“WI-38 is a diploid human cell line composed of fibroblasts derived from lung tissue of a 3-month-gestation aborted female fetus.”

PAN SAYS, THAT THE MOST DANGEROUS SUBSTANCE IN THE VACCINE IS WATER.  THIS IS FALSE.

This has been covered here.  Below is a list of vaccine ingredients from Wikipedia.

In what world is water more dangerous than acetone, fetal bovine serum, aluminum hydroxide, aluminum phosphate, polysorbate 80, 2-phenoxyethanol, monosodium L-glutamate, DNA from aborted fetuses and many many other chemicals?

PAN SAYS, “VACCINES ARE SAFE AND EFFICACIOUS.” THIS IS FALSE.

Pan man should resign out of shame for lying to his constituents.

According to JustFacts, he received $152,268.85 from the Pharmaceuticals & Health Products Industry. According to Follow the Money, he has received $1,310,598 from the health sector.

According to the Sacramento Bee, in one year, “Receiving more than $95,000, the top recipient of industry campaign cash is Sen. Richard Pan, a Sacramento Democrat and doctor who is carrying the vaccine bill.”

It’s a bad idea to share parenting with people who don’t know your child, don’t love your child, and have their own agenda.  The choice to vaccinate is yours.  Not theirs!

The conclusion is yours to write in your own homes with your own families.  Our families have already been destroyed by vaccines.  We wish you well.