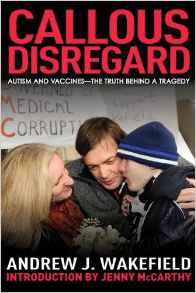 As Andrew Wakefield states in his prologue, “If autism does not affect your family now, it will. If something does not change—and change soon—this is almost a mathematical certainty. This book affects you also. It is not a parochial look at a trivial medical spat in the United Kingdom, but dispatches from the battlefront in a major confrontation — a struggle against compromise in medicine, corruption of science, and a real and present threat to children in the interests of policy and profit. It is a story of how ‘the system’ deals with dissent among its doctors and scientists.”