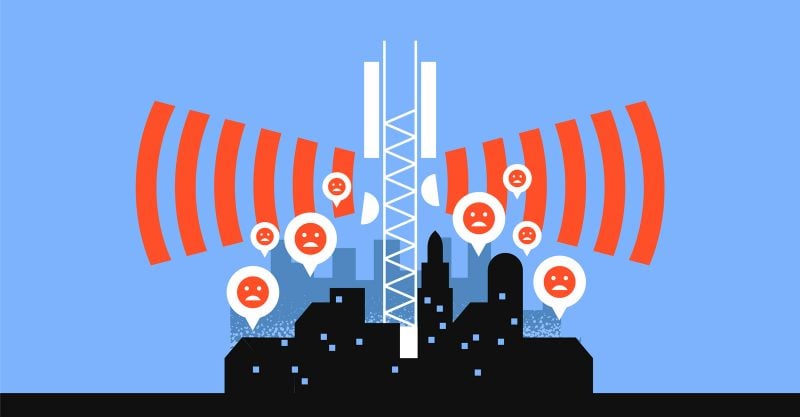 Washington, DC, Feb. 15, 2022 — On Friday February 11 a panel of the Court of Appeals for the D.C. Circuit denied a petition for review submitted by Children’s Health Defense and four families that challenged a 2020 FCC rule, Over the Air Reception Devices (OTARD). OTARD allows private wireless Internet providers to contract with a property owner and install antennas that provide Internet access to the local area without any notice or right to object by people opposed to the project. OTARD also preempts local zoning laws, deed and other property restrictions on wireless deployment. The FCC rule strips all remedies granted by any state law that “restricts” deployment of private carrier Internet facilities.

“Wireless radiation affects everyone,” said Children’s Health Defense president and general counsel Mary Holland. “Some estimates indicate that at least 10% of the population, and probably far more than that, is already sick from a condition known as electromagnetic sensitivity.” When exposed to wireless radiation, those with this condition experience a range of life-altering and sometimes life-threatening symptoms and effects, including headaches, sleep problems, heart palpitations, ringing in the ears, dizziness, nausea, and skin rashes, along with memory and cognitive problems. The CDC, Justice Department and Department of Labor have recognized this condition and the consensus is that exposure avoidance is the only effective management option: people must avoid being radiated, especially in their own homes.

The court agreed that the petitioners were being harmed, but it rejected the petition on largely technical grounds. It held that the health issues should be resolved in a different proceeding that had already remanded for that purpose in August, 2021. It also agreed with the petitioners that the FCC cannot pass a rule that would effectively eliminate rights granted by the Americans With Disabilities Act or Federal Housing Act, but it held that any conflict between the rule and the disabilities laws had to be litigated on an “as-applied” basis, not through a “facial” challenge to the rule.

The court ruled that the petitioners’ claims that the FCC lacked statutory authority had not been adequately raised at the Commission and were therefore not properly before the court. The court noted that the FCC’s action outlawing notice was “treading on thin ice” in terms of the First Amendment right to petition for relief from the government. Although the decision denied immediate relief, for the most part it merely indicated that the claims should be addressed in the FCC’s wireless emissions guidelines proceeding rather than in the context of the so-called OTARD rule.

“We are saddened and frustrated the court panel refused to vacate the rule, especially since it expressly recognized that entire families’ lives are destroyed when a provider puts a high-power antenna right next to their home,” said Holland. “The decision basically tells us we have to go back to the FCC and once again ask them to follow the science and basic biology even though the Commission has stubbornly refused to admit that its current emissions rules threaten public health and many people are now very ill. But we will do as the court directed.”

The court noted that people can file individual requests for relief under the ADA, FHA and, by implication, the Rehabilitation Act. “We hope this holding will convince several district courts to re-think their prior rulings that the FCC emissions regulations preempt statutory disability remedies,” commented Holland.

The decision also clears the way for those who lose property rights like restrictive covenants or whose homes are devalued by a nearby antenna to seek federal government compensation under what is known as the Tucker Act. “Children’s Health Defense hopes that this program is better managed than the fund that is supposed to remediate injuries people suffer when they have an adverse reaction to vaccines,” said Holland. “We will find out in the next year or so whether the FCC will finally recognize the unfolding disaster and put an end to it through emissions rules that recognize basic biology.”