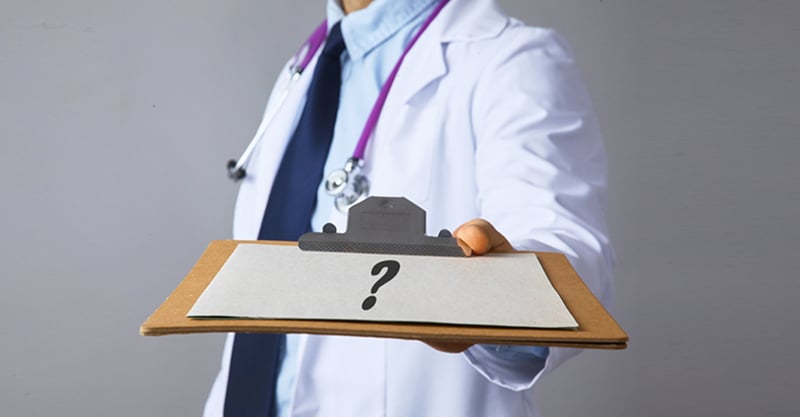 In 1986, Congress passed the National Childhood Vaccine Injury Act (NCVIA), a carefully crafted piece of legislation that gave vaccine manufacturers their dream come true: blanket immunity from liability for injuries resulting from childhood vaccines. Throwing a bone to the safety concerns of consumers, the Act also mandated that the Department of Health and Human Services (HHS) (via the CDC) develop and distribute educational materials to inform vaccine recipients and/or their parents about a given vaccine’s risks and benefits.

The NCVIA stipulated that doctors give out the appropriate materials—currently called Vaccine Information Statements (VISs)—“prior to every dose of specific vaccines,” including before “each dose of a multi-dose series.” Early on, government documentation emphasized the importance of giving VISs every time a vaccine is administered because “the health status of the child could have changed”—and as an example of changes in health status, the CDC cited children with “evolving neurological disorder[s].”

By 2005, however, researchers were calling attention to doctors’ frequent failure to give out VISs, while also noting that the physicians who did distribute VISs “rarely initiated discussions regarding contraindications to immunizations.” To rectify the situation, the same authors carried out a CDC-coordinated evaluation in 2007 and proposed revisions “that would alert the physician to the need to use the VIS.” Neither the CDC nor state-level officials endorsed the proposed revisions.

When it comes to their duty to educate, all signs indicate that doctors and the CDC are falling down on the job.

At present, few researchers are even asking whether doctors comply with their legal responsibility to not only distribute vaccine-specific VISs each time but also give recipients “an opportunity to ask questions about the vaccine.” Nor does anyone appear to be investigating whether health care providers check in with parents about changes in a child’s health status, or whether providers are aware of VIS updates. When it comes to their duty to educate, all signs indicate that doctors and the CDC are falling down on the job.

Post-NCVIA, researchers were quick to laud VISs as “revolutionary” tools for provider-patient education. However, the government has dumbed down the content and process requirements for the vaccine education materials several times since 1986. Currently, instead of the comprehensive 12-page pamphlets only offered for a short while in the early 1990s (which responded to ten very explicit NCVIA requirements), parents receive “concise” front-and-back one-pagers (or their electronic equivalent) that are only expected to cover four “general” areas: vaccine benefits and risks (brief descriptions), a “statement” about the National Vaccine Injury Compensation Program (NVICP) and “other relevant information.”

In 2008, the CDC also introduced “pediatric multi-vaccine” VISs, ostensibly to “reduce parents’ reading load” at doctors’ visits where children were routinely receiving as many as nine vaccines in one sitting. How did the agency collapse information from five separate VISs (for the DTaP, polio, hepatitis B, pneumococcal conjugate and Haemophilus influenzae type b vaccines) into a single two-page document? It eliminated “some ‘nice to know’ information” and condensed remarks about the NVICP and the Vaccine Adverse Event Reporting System (VAERS)—the two key resources important to know about in the event of an adverse reaction—down to the bare minimum.

Vaccine Information Statements typically list a handful of categories of people who “should not get” the vaccine. For most vaccines, this includes individuals who had a life-threatening allergic reaction to a previous dose of the vaccine or who are severely allergic to one of the vaccine’s ingredients. However, parents who want to know what a vaccine’s ingredients are (so that they can assess allergy risks) must take additional steps to find out, because the VISs do not list the ingredients. Instead, the VIS advises parents to “Ask your health care provider if you want information about vaccine components.”

Other categories of people who should not get vaccines, as per most VISs, include individuals with weakened immune systems (due to disease or medical treatments), women who are pregnant or “might be pregnant” (the CDC limits this caution to live virus vaccines and says it’s just fine to administer other types of vaccines to pregnant women) and other groups (depending on the vaccine).

In February, 2018, the CDC added a new “should not vaccinate” category to the VISs for the measles-mumps-rubella (MMR) vaccine, the varicella (chickenpox) vaccine and the measles-mumps-rubella-varicella (MMRV) vaccine: individuals who have “a parent, brother, or sister with a history of immune system problems.” Although this broadly worded caution was not present in previous (2012) versions, the CDC’s “what’s new with VISs,” dated October 12, 2018, says nothing about the change. Instead, the CDC simply tells health care providers that “updated VISs for…MMR, MMRV, and varicella have been posted.”

The change, seemingly slipped into the VISs without fanfare, raises many questions:

From medical school on, the health care system drums the message into doctors that they should focus on “parental compliance” and adherence to the childhood vaccine schedule. Moreover, a recent analysis of VISs notes that it is “the healthcare provider, rather than the parent, [who] will determine if the child is too ill to receive the vaccine,” particularly because many of the phrases found in VISs (such as “immune system problems”?) are worded in a manner that “may not be readily evident to a parent or patient.”

. . .the CDC gives physicians the green light to administer the vaccines to children who experienced fever, collapse, shock, or lengthy inconsolable crying within 48 hours of a previous dose, as well as to children with a family history of seizures, sudden infant death syndrome or neurologic conditions.

Unfortunately, the CDC seems most interested in making sure that health care providers do not defer vaccination and warns providers to avoid confusion about “conditions…commonly misperceived as contraindications.” For example, the CDC says that it is okay to administer vaccines to individuals who have mild acute illness or are convalescing; individuals with autoimmune disease; and preterm babies (to name just a few). The agency also proposes that providers use hospitalization “as an opportunity to provide recommended vaccinations.”

For the DTaP and Tdap (diphtheria, tetanus and acellular pertussis) vaccines, the CDC gives physicians the green light to administer the vaccines to children who experienced fever, collapse, shock, or lengthy inconsolable crying within 48 hours of a previous dose, as well as to children with a family history of seizures, sudden infant death syndrome or neurologic conditions. In short, what appears to matter most to the CDC is that health care providers use “every opportunity to administer appropriate vaccines.”

In response, parents need to remind providers that the NCVIA, flawed as it is, guarantees their right to ask questions and carefully weigh vaccine risks and benefits.