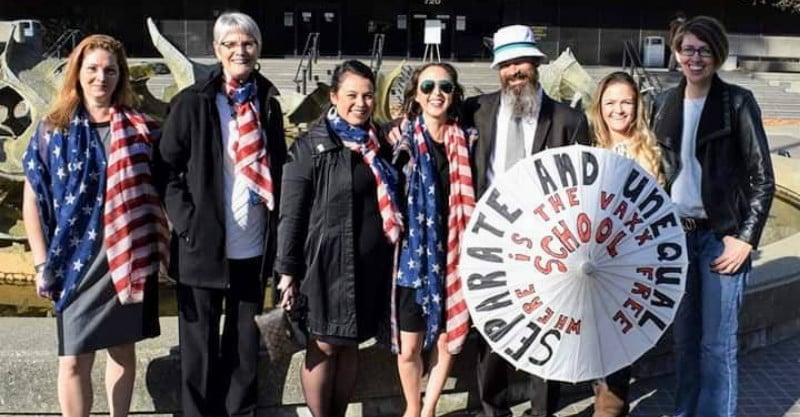 Seven parents were arrested on September 9, the 7th day of the 11-day Occupy of CA Capitol (9/3 to 9/13) in protest of SB 276 & SB 714 which removed the broad ME to vaccination resulting in the complete exclusion of the most medically fragile and vulnerable children in CA from all daycare and school.

All seven arrestees, along with supporters, were present at the Sacramento County Court on 11/22 where their attorney informed the six women that no charges were being filed against them for their actions on September 9. The official wording in their individual cases is “decline to file charges”. Mike Mattingly was the only one to stand before the judge as he was charged with one count of resisting arrest for his actions on September 9. His court date is on January 16, 2020 where he will be pleading not guilty.

Quotes by arrestees and their attorney on November 21st after arrest charges were determined:

“The first amendment exists to protect everyone. It exists to allow all of us to have an open discussion with each other and our elected representatives. It does not exist to protect popular messages of the time, as those are protected by being widely accepted. In order to have an open and constructive conversation we must allow opposing views to be heard and discussed even those that are not protected merely by being popular in the moment.” Attorney for Sacramento 7, Brandon Leibrock

“Bodily self possession is our most basic human right. What are we teaching our children if we allow that to be violated?” – Erin Massengale (arrested September 9 for being locked to Capitol entrance door)

“We can not allow other people to create a fear in us that causes us to withdraw from this fight. They win if we allow to this happen. We need to come together and show them we are mothers and fathers who will do anything for our children.” – Crystal Shreeve (arrested September 9 for being locked to Capitol entrance door) 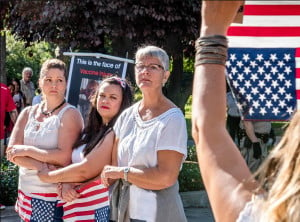 So we can make our own choices for our own healthcare and maintain bodily autonomy.” Carol Nelson (arrested September 9 for blocking one of the 2 driveways to the secure Capitol staff parking lot located under Capital building)

“There have been few times in my life, when I knew exactly what God was instructing me to do. I physically could not move, and I had no fear.” –Lauren Tremblay (arrested September 9 for blocking one of the 2 driveways to the secure Capitol staff parking lot located under Capital building)

“We hear so much about the “tipping point” in terms of change on the critical issues of vaccine injury and related human rights. I ask you all – how would it change your life today if you knew we were at “critical mass” for things to begin to tip . . . If you knew that the only thing that’s keeping the dominos all upright is all the folks who haven’t yet stood up publicly and said “I’m ready to show up and do this work with you?” – Lisa Jenkins (arrested September 9 for blocking one of the 2 driveways to the secure Capitol staff parking lot located under Capital building)

“Mamma knows the baby better than anybody else. Political attacks can’t stop this movement. We do not consent. I am an anti segregationist. Join the movement.” – Mike Mattingly (arrested September 9 for singing a song and vocally protesting the passing of SB714 on Assembly floor) 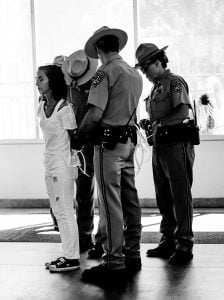 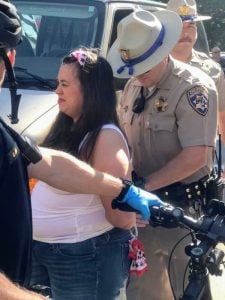 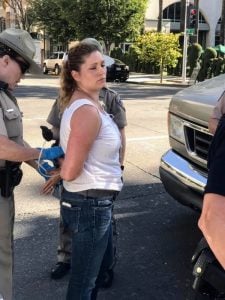 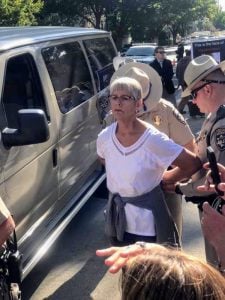 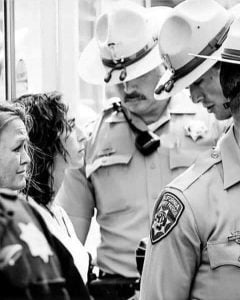 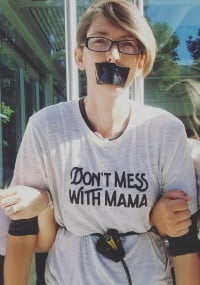 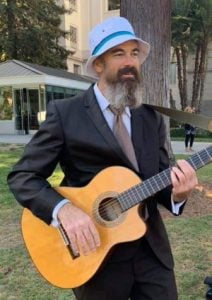 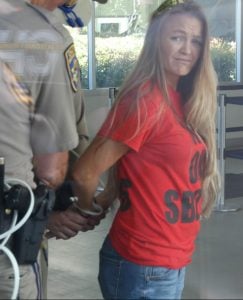