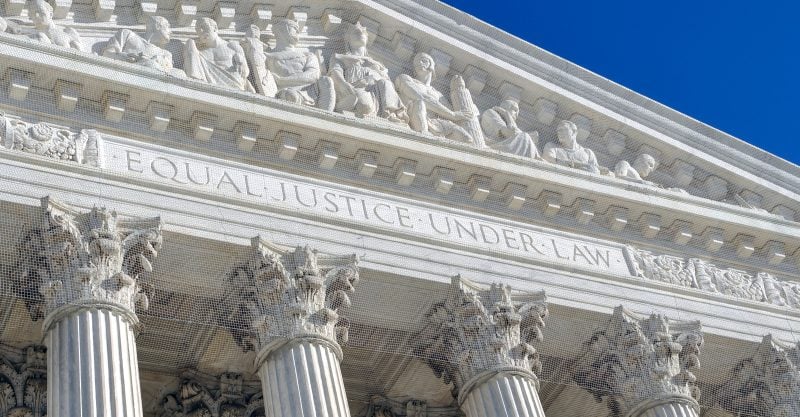 On Sept. 26, the Trump administration nominated Judge Amy Coney Barrett to the U.S. Supreme Court. At age 48, Barrett could serve on the court for decades if confirmed as expected.

Barrett doesn’t exactly have a lengthy past as a judge, so discussions around her nomination have largely focused on her stance on abortion, her association with the late constitutional law “textualist” Justice Antonin Scalia and her help installing George W. Bush as president in 2001.

But for three years, Barrett served on the 7th Circuit Court of Appeals in Chicago. Children’s Health Defense examines her record during that time, and the potential implications of her past rulings, in the realms of environmental justice and corporate influence, should she ascend to the Supreme Court.

Protect Our Parks, Inc v. Chicago Park District (2020) is one of the few environmental-related cases on which Barrett ruled. The decision, which allowed a private organization to seize 20 acres of an historic public park and build a $500 million private development, is telling, according to the League of Conservation Voters.

Barrett also allowed public wetlands to be privatized. In 2018, Orchard Hill, a housing developer, sued the U.S. Army Corps of Engineers over the right to build houses on a 13-acre stretch of Illinois wetland. The corps had designated the area off-limits for construction, citing the Clean Water Act to argue that the land counted as “waters of the United States.” Barrett joined the decision ruling in favor of the developer.

Further, an analysis from the watchdog group Accountable.US found that Barrett “faced 55 cases in which citizens took on corporate entities in front of her court, and 76% of the time she sided with the corporations.”

For example, in 2018, Barrett ruled in favor of Teva, a multinational pharmaceutical corporation, and against a woman who was forced to undergo a hysterectomy procedure following a faulty IUD.

And in 2020, she ruled against food delivery drivers pushing Grubhub for minimum wages and overtime pay. A reporter for Jacobin magazine wrote this about Barrett’s decision:

“Barrett’s August ruling in the overtime case is particularly significant: It comes as technology companies have been trying to use mandatory arbitration clauses to avoid better remunerating so-called gig workers. Those provisions often force worker disputes to be decided by private arbitrators handpicked by the companies, rather than in an impartial court of law.”

Big money seems to be rallying around the Barrett nomination. Americans for Prosperity, the influential, David Koch-founded group behind the tea party movement, posted a press release declaring a “full weight” commitment to “drive her confirmation to the court.” The organization  even boasts of setting up a webpage for the nominee at UniteforBarrett.com.

Koch Industries, the second largest privately run business in the U.S., is also one of the nation’s top polluters. The conglomerate’s climate pollution exceeds that of companies like Shell and Chevron, and it ranks 13th in terms of toxic air pollution.

Finally, with regard to COVID-19, Barrett co-authored the rejection to challenge Illinois Gov. J.B. Pritzker’s  COVID-19 emergency lockdown orders, signaling that the lockdowns, which have led to the permanent closing of 60% of U.S. small businesses and the exponential increase in Jeff Bezos and Bill Gates’s net worth, will continue unchecked.