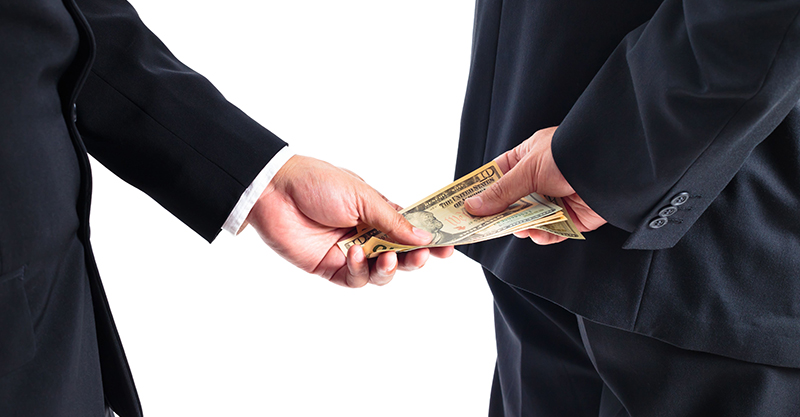 Children’s Health Defense Targeted by the AAP and IAC

In Part One of this analysis, we described how two highly biased non-profits—the American Academy of Pediatrics (AAP) and the Immunization Action Coalition (IAC)—have been attacking Children’s Health Defense and its Chairman, Robert F. Kennedy, Jr. for daring to counter false claims about vaccine safety. Yet the AAP, IAC and other non-profits such as Every Child by Two (ECBT) are among the leading actors propagating misleading assertions about vaccine safety. All three also are actively lobbying legislators to effectively jettison informed consent in favor of mandatory vaccines. (In Part One, we also discussed two vaccine advocacy coalitions: the 317 Coalition and the Adult Vaccine Access Coalition.)

In Part Two, we take a closer look at these three particular non-profits (AAP, IAC and ECBT), which were the focus of a trenchant investigation published in The BMJ in November 2017. The BMJ is an international peer-reviewed medical journal that takes pride in the dictum that “knowledge for healthcare professionals and patients should be independent and unbiased” [emphasis added]. The article’s author is Peter Doshi, BMJ associate editor, who takes this statement to heart by dissecting the funding sources and activities of three vaccine advocacy organizations and asking whether they are “sufficiently independent.”

Vaccine advocacy organizations like to pass themselves off as credible and independent sources of information. However, as Doshi immediately points out, the three dominant players (AAP, IAC and ECBT) all receive corporate funding from vaccine manufacturers as well as significant government funding from the Centers for Disease Control and Prevention (CDC). AAP is also intertwined with CDC through AAP’s representation on the CDC-based Advisory Committee on Immunization Practices (ACIP), the influential committee that meets several times annually to formulate childhood and adult vaccine schedule recommendations.

The light that Doshi shines on the vaccine advocacy organizations’ intentionally opaque finances is one of the article’s most significant contributions. Doshi shows that, over the past decade, CDC has been a “steady funder” of all three non-profits. AAP has received roughly $20 million from CDC since 2009, over a third of which ($7 million) was explicitly vaccine-related. The IAC received over $2 million in CDC vaccine-related funding over the same time frame, and a third of ECBT’s annual contributions comes from CDC.

Non-profits, regardless of their funding sources, have limits on the amounts they can spend on lobbying without losing their tax-exempt status. Nonetheless, as Doshi describes, the three vaccine organizations are not shy about engaging in major lobbying initiatives:

In 2014, the Office of the Inspector General (OIG) issued a report on the extent to which Department of Health and Human Services (HHS) grant-making agencies monitor grantees’ compliance with federal prohibitions on the use of grant funds for lobbying activities. The report’s overall conclusion was that although the sampled grantees were aware of the lobbying prohibitions, “limited methods exist to identify noncompliance” within the HHS’s 13 awarding agencies, which include CDC. In other words, the CDC is unlikely to know whether its grantees are misapplying some of their CDC funds toward lobbying activities. In the OIG survey and report, one of the respondents (a Chief Grant Management Officer) admitted that “A whistleblower or media contact would be the primary source of identifying a possible violation.”

Doshi reminds readers that “US federal law prohibits the use of CDC award money for lobbying, a prohibition that ‘includes grass roots lobbying efforts by award recipients that are directed at inducing members of the public to contact their elected representatives to urge support of, or opposition to, proposed or pending legislation.’” It is not possible to determine from the existing evidence whether the CDC’s relationship with AAP, IAC and ECBT “crosses a [legal] line.” However, it is clear that when these budget-conscious non-profits receive grant money from CDC, those grants free up other monies for lobbying purposes.

These groups are so strongly pro-vaccination that the public is getting a one-sided message that all vaccines are created equal…regardless of the circumstances.

In addition, Doshi makes it clear that the three organizations are incapable of critically appraising the CDC’s vaccine recommendations. A conflict of interest specialist interviewed by Doshi stated, “These groups are so strongly pro-vaccination that the public is getting a one-sided message that all vaccines are created equal…regardless of the circumstances. Reality is a little different.” A watchdog journalist told Doshi that the three vaccine organizations are “certainly not financially independent, and it would appear they are also not philosophically and intellectually independent, which is just as important—if not more so.”

Chinks in the safety narrative

The financial and other information uncovered by Doshi indicates that AAP, IAC and ECBT are key players in a well-funded and highly orchestrated campaign to drown out any and all dissenting voices on the topic of vaccine safety. Thus, the growing number of individuals, families, organizations and even countries expressing declining confidence in vaccine safety remains a thorn in their side. Moreover, the vaccine advocacy organizations cannot suppress the fact that the Vaccine Adverse Event Reporting System (VAERS)—actually touted by the IAC as “the nation’s frontline vaccine safety surveillance system”—represents the tip of the vaccine injury iceberg, capturing as little as 1% of vaccine-related adverse events. Even with vast underreporting, the U.S. government’s Vaccine Injury Compensation Program has paid out $3.7 billion dollars since 1988 to vaccine-injured individuals who have managed to prove (against great odds) their injury claims.

In 2011, Supreme Court Justices Sonia Sotomayor and Ruth Bader Ginsburg perhaps had these billions of dollars of vaccine injury payments in mind when they wrote a dissenting opinion to a Court decision (Bruesewitz v. Wyeth LLC, 562 U.S. 223) pertaining to the 1986 National Childhood Vaccine Injury Act that created the compensation program. In their dissent, the two Justices stated,

“The majority’s decision leaves a regulatory vacuum in which no one—neither the FDA nor any other federal agency, nor state and federal juries—ensures that vaccine manufacturers adequately take account of scientific and technological advancements.”

“Manufacturers, given the lack of robust competition in the vaccine market, will often have little or no incentive to improve the designs of vaccines that are already generating significant profit margins.”

The Justices’ prescient comments have only become more relevant in the years since the 2011 opinion. The time to open up vaccine safety to real scientific scrutiny and unbiased debate is now.

The time to open up vaccine safety to real scientific scrutiny and unbiased debate is now.