Why We All Don’t Get Sick in the Same Way 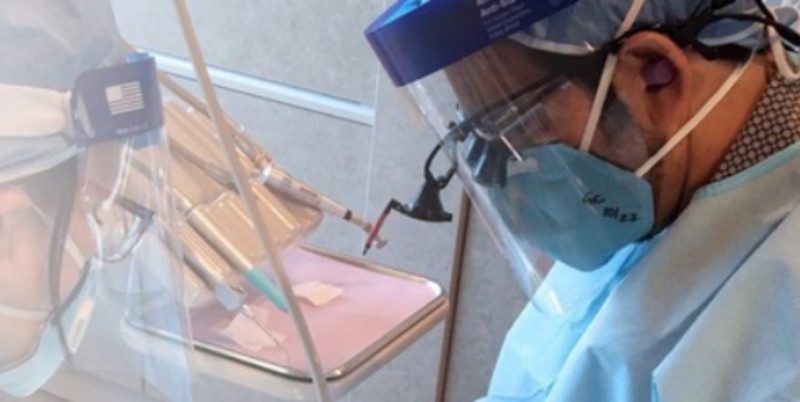 The Science Behind Dental Mercury and Other Environmental Toxicants

By Amanda Just and John Kall, DMD of the International Academy of Oral Medicine and Toxicology (IAOMT)

If everyone had the same reaction to environmental toxicants, these hazardous substances would probably be banned immediately. It would be obvious to everyone, as well as their doctors, that exposure to a specific toxic material results in a definitive outcome– the exact same illness shared by all of those who come into contact with the dangerous substance. However, research has demonstrated that individuals respond to environmental toxicants in a way that is unique to their own bodies.

This “personalized response” has been studied in depth in the case of dental mercury. In fact, examining the science behind dental mercury sheds light on the complex variability of environmental illnesses. It also offers hope that this newfound understanding can help heal the ailing state of 21st century public health.

What is dental mercury?

Often referred to as “silver fillings,” all dental amalgams consist of 45-55% metallic mercury. Mercury is a known neurotoxin.  Amalgams are still used for about 45% of all direct dental restorations worldwide, including in the US.

What are some of the health risks that have been linked to dental mercury?

Response factor #1: The form of the substance

Another reason for the wide-range of symptoms is that mercury can accumulate in virtually any organ. In the case of dental mercury fillings, an estimated 80% of this mercury vapor is absorbed by the lungs and passed to the rest of the body, particularly the brain, kidney, liver, lung, and gastrointestinal tract. The half life of metallic mercury varies depending on the organ where the mercury was deposited.

Symptoms of toxic exposures can take many years to manifest themselves. For example, the Occupational Safety and Health Administration (OSHA) recognizes that chronic diseases related to toxic exposures can have latency periods of 20-30 years or longer.

Allergies and hypersensitivities are yet another essential aspect of reactions to toxic substances. Since most patients are not tested for mercury allergies prior to dental amalgam exposure, as many as 21 million people could be unknowingly allergic to the mercury in their mouths.  However, this figure could be higher since metal allergies are reportedly on the rise.

In addition to the weight and age of the individual, as well as other existing health conditions, the number of amalgam fillings, gender, dental plaque, diet, consumption of milk or alcohol, and other circumstances can play a role in each person’s unique response to mercury. Another important consideration is the synergy between different toxic exposures experienced by the same individual.

Clearly, the precise way that a person’s body responds to an environmental toxicant is based on a spectrum of circumstances and conditions. The factors described in this article are only a fraction of numerous pieces in the puzzle of adverse health effects related to toxic exposures. The science behind dental mercury demonstrates that in order to fully understand environmental illness, we need to recognize that just as each toxic exposure is unique, so is each person impacted by such a toxic exposure. As we accept this reality, we also offer ourselves the opportunity to create a future where dentistry and medicine acknowledge that each patient responds to materials and treatments differently. We also offer ourselves the opportunity to use safer products that reduce the overall toxic burden in our bodies and forge the path to renewed health.

To read a more detailed version of this article, including citations and scientific sources of information, click here to visit the webpage from the IAOMT.

To mitigate mercury exposure during amalgam filling removal, SMART-certified dentists use protective gear for themselves and their patients. For more “SMART” removal recommendations, go to https://iaomt.org/safe-removal-amalgam-fillings/ and to www.theSMARTchoice.com