One Vaccine Size Does Not Fit All—and Researchers Know It 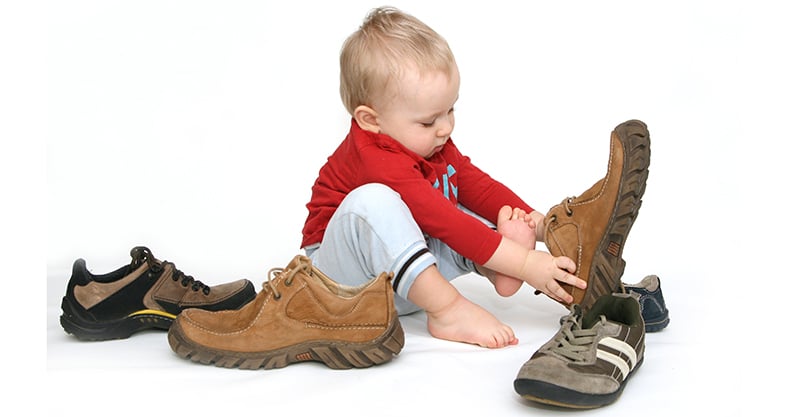 In 2014, a top Mayo Clinic researcher admitted something that rarely gets acknowledged: vaccines “work differently” for each of us. Investigating the potential relationship between demographic factors and people’s immune response to rubella vaccination, the researcher discovered that African Americans produce more rubella antibodies than other racial/ethnic groups and “maybe” only need “half the size dose [of vaccine] that we give to Caucasians.”

These “really important” findings have bombshell implications for vaccine delivery, vaccine design and vaccine safety. Although one might expect vaccine scientists to let the public know that current one-size-fits-all vaccine policies could be “adding…potential risk by giving [them] double what [they] actually need,” there is little indication that any such word has trickled down. Instead, U.S. legislators and public health officials are moving in the opposite direction, doubling down on strategies to make vaccination compulsory for all.

… research so often shows that individuals differ in their response to vaccines and in their overt susceptibility to vaccine-related adverse events.

The Mayo researcher, Dr. Gregory Poland, is a consummate vaccine insider who heads up his institution’s Vaccine Research Group, receives recurrent funding from the National Institutes of Health (NIH), serves as editor-in-chief of the journal Vaccine and chairs committees for vaccines being developed by Merck. In an interview with Scientific American in 2010, Poland made the surprising admission, however, that he “has never been fully pleased with the existing vaccine paradigm” because his research so often shows that individuals differ in their response to vaccines and in their overt susceptibility to vaccine-related adverse events.

How to explain the fact that at least one in ten individuals who receive the live attenuated rubella virus vaccine “never reach or maintain protective antibody levels”? Poland’s response to this puzzling question has been to devote massive funding and attention to mutations and other genetic factors. Occasionally, the researcher acknowledges that demographic, immunological and environmental factors also influence the development and “longevity” of post-vaccination immune responses. For example, when the Mayo researchers studied “why a range of immune responses occur” following measles vaccination, they found that in children who had received one dose of measles vaccine, measles immunity waned significantly more rapidly in asthmatic children than in children without asthma. Ditto mumps vaccination, which produced lower antibody levels in children with asthma compared to children with no asthma. By and large, however, the research group has remained focused on genetic determinants.

… genetics is just part of the immune-response story—and what causes the rest is a mystery.

Solutions that are no solution

Poland and colleagues offer several solutions to the vaccine effectiveness challenges posed by variable immune responses—and the vaccine safety challenges posed by vaccine adverse reactions. All of the proposed “solutions” come with some notable question marks. For example, Poland’s promotion of the concept of “vaccinomics”—individualized vaccination—relies on a cheery vision of people walking around with “their genome sequences stored on chips in their health insurance cards,” while doctors and their computers “scan the chips to determine whether the person’s gene sequences have been linked to vaccine side effects or weak responses.” This vision not only raises privacy concerns but also fails to address the fact that decades of genetics-focused research have not been able to account for more than about 40% of the variation in the way people respond to vaccines. Thus, “genetics is just part of the immune-response story”—and “what causes the rest is a mystery.”

Researchers who have been curious about the “mystery” have carried out studies highlighting the important role of environmental factors. One study looked at immune function before and after receipt of flu shots, finding that “genetics had almost no effect on how well individuals responded to the flu vaccine.” In contrast, environmental factors such as diet and past infections played a preponderant role. Emphasizing the importance of paying attention to the “dialogue” between genome and environment, the study’s lead author commented that “sequencing your genome is not going to tell you everything about your health.”

Considering the evidence that is accumulating about the dangers of aluminum and other adjuvants, it seems ill-advised to bombard weak-immunity individuals with more of the same.

The counterpart of the vaccinomics approach is the concept of “adversomics”—an individualized approach intended to predict susceptibility to adverse events and design vaccine strategies that minimize or eliminate serious vaccine-related reactions. While this sounds like a potential step forward, Poland and colleagues again focus most of their attention on genetics, hypothesizing that adverse reactions may be largely “genetically predetermined.” This stance ignores the critical role that environmental factors—including neurotoxic vaccine ingredients—play in triggering changes in gene expression (epigenetics).

Unfortunately, another of the Mayo researchers’ suggestions is to “boost immunity in those with weak or absent immunity following vaccination” by increasing the “targeted” use of vaccine adjuvants. Considering the evidence that is accumulating about the dangers of aluminum and other adjuvants, it seems ill-advised to bombard weak-immunity individuals with more of the same.

In the future evoked by Poland, providers would “look at somebody’s genes…[and] say, ‘You don’t need the vaccine. You’re not at any risk,’ or, ‘You need twice the dose of the average person or half the dose,’ or, ‘You’re at risk for this kind of side effect.’” This neat and efficient vaccinomics and adversomics scenario sounds, at first gloss, like it would have vaccine recipients’ interests at heart. However, it bypasses some of the most critical protections of all—the hard-won legal right to informed consent and the right guaranteed by many states to decline vaccination based on religious or philosophical principles. Will the public be willing to jettison these protections—walking around with their genome in their pocket or upping their injections of toxic aluminum adjuvants—in exchange for unproven promises of improved safety and effectiveness? Only time will tell.