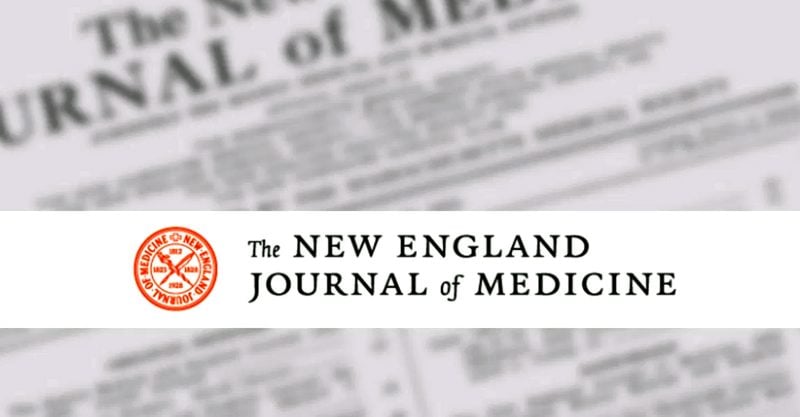 A new article in the New England Journal of Medicine (NEJM), which is known for being amongst the most prestigious medical journals in the world, argues that state governments need a “strategy” for deploying the coming COVID-19 vaccine.

Concerned that only 51% of U.S. citizens plan to get the vaccine, the three authors lay out a framework for lawmakers “to help ensure uptake of the vaccine when it comes available,” with a focus on “six trigger criteria” states should consider when deciding whether a COVID-19 vaccine mandate is necessary.

One condition is evidence that COVID-19 presents an “ongoing threat” to the state, explaining that the threat could be demonstrated by “sustained troubling trends in new cases, hospitalizations or deaths.”

They also suggest a “generous compensation program for people who have serious vaccine side effects.” The question of why state governments should mandate a vaccine it expects to induce  serious side effects is unanswered in the article.

The authors recommend states first introduce a voluntary vaccine provision and if that proves “unsuccessful” then impose a vaccine mandate. This is necessary since “principles of public health ethics support trying less burdensome policies before moving to more burdensome ones.” The voluntary vaccine provision period, however, “should be limited to a matter of weeks,” they write.

The authors move on to describe what a vaccination mandate might look like: each state will write its own legislation, but it might also be appropriate for the federal government to mandate that certain groups get the vaccine.

They argue that while it would be inappropriate for the state mandates to take the form of compulsory vaccination, noncompliance should incur “relatively substantial penalties.”

They discourage states from introducing criminal penalties, so as not to “invite legal challenges on procedural due-process grounds,” but do encourage penalties like “employment suspension or stay-at-home orders.”

Interestingly enough, while the authors discourage fines, conceding that they “disadvantage the poor,” they are at ease advocating for people to potentially lose their jobs unless they get the vaccine.

While the authors only lay out this possibility of penalties for people in “high-priority groups,” the determination of who is deemed high-priority would be left to the enforcing authorities, whoever that might be. This is especially disturbing when considering that the poor are more likely to be considered high-risk, in terms of contracting COVID-19.

The NEJM article concludes by noting the need for state policymakers to build “public trust,” so as not to “[raise] suspicion that profit rather than public health motives lay behind such proposals [to impose a vaccine mandate].”

“Vaccine manufacturers should stay on the sidelines,” they write.

This might prove difficult, considering the chief scientific advisor for the U.S. government’s quest of a COVID-19 vaccine, dubbed “Operation Warpspeed,” is Moncef Slaoui, a former executive at GlaxoSmithKline (GSK).

GSK is the world’s largest vaccine company by revenue, and was responsible for what the U.S. Department of Justice called the “largest health care fraud settlement in U.S. history” at the time. Slaoui currently holds about $10 million in GSK stock.

And while the three authors of the NEJM article didn’t disclose any financial interests, it’s significant that all three authors can be associated with the Gates Foundation — the self-declared “biggest funder of vaccines in the world.”

“This article is a revealing — and horrifying —  blueprint for Pharma’s imposition of mandates that could require hundreds of millions of reluctant Americans to submit to a risky medical procedure with poorly-tested, ineffective, zero-liability vaccines,” said Robert F. Kennedy, Jr., chairman of Children’s Health Defense. “The NEJM has once again confirmed its former editor Marcia Angell’s warning that this once renowned journal has devolved into a propaganda vessel for Pharma.”