Mercury and Lead: The Fallacy of “Safe” Levels 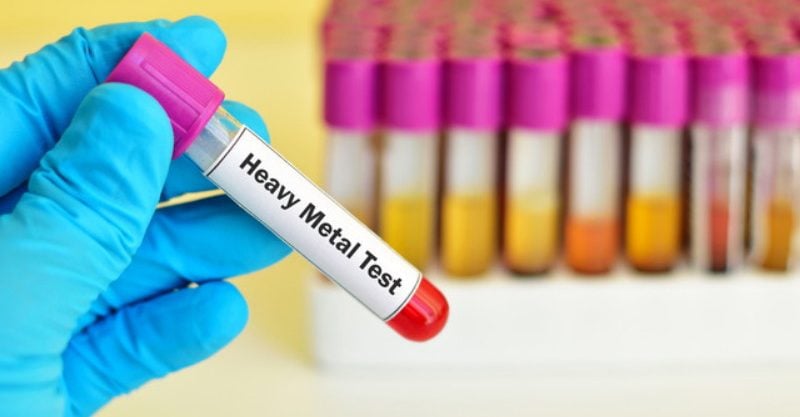 In our toxin-filled world, we often look to government agencies to tell us what levels of exposure we should consider safe or unsafe. If our exposure does not exceed an agency-determined threshold, we assume there is little cause for concern. How do regulatory agencies determine these thresholds? There is considerable evidence to suggest that safety limits are often arbitrary and do not accurately flag risks.

A new study published in Environmental Research by a group of researchers in upstate New York underscores this point. Lead author Dr. Brooks Gump of Syracuse University and coauthors call attention to problems associated with low levels of background exposure to lead and mercury, at concentrations notably lower than those deemed “elevated” by federal agencies such as the Centers for Disease Control and Prevention (CDC) and the Environmental Protection Agency (EPA).

The authors report on results from the Environmental Exposures and Child Health Outcomes (EECHO) study, an ongoing study involving African-American and white children (ages 9–11) in low- and middle-income urban neighborhoods. Although the EECHO study’s primary purpose is to investigate the influence of environmental toxicant exposures on cardiovascular risk indices, the Environmental Research paper focuses on interesting associations between environmental toxicants and neurodevelopmental outcomes.

The investigators initially excluded children with serious medical or developmental disabilities (as well as children taking medications such as Ritalin). Even with these exclusion criteria, the researchers found substantial levels of neurodevelopmental disorders in their sample. They rated more than one in six children as ODD (16%) or ADHD-inattention type (15%), one in nine (11%) as ADHD-hyperactivity/impulsive type, and one in twenty (5%) as Asperger’s/high-functioning autism.

The investigators found significant associations with hostile distrust, ODD behaviors, lack of emotional awareness, and emotional uncertainty correlating with increasing blood lead levels. These significant associations occurred in children with blood lead levels (0.19 to 3.25 micrograms per deciliter) well below the reference level of 5 micrograms per deciliter at which the CDC recommends initiating public health actions.

Gump and coauthors also measured heart rate variability (HRV) to assess parasympathetic (vagal) responses to acute stress. They explain that they included HRV because emerging research suggests that underlying differences in parasympathetic nervous system responses to acute stress may shape neurobiological susceptibility to environmental factors. After Gump’s research team added HRV measures to their statistical models as interaction terms, they found a statistically significant and “novel” relationship between blood mercury levels and ASD symptoms (especially social skills, attention to detail, and imagination) in the subgroup of children who showed sustained vagal tone during acute stress. This latter result matches findings from a 2003 study in which autistic children displayed an “excessively controlled vagal system” suggestive of “autonomic hyperarousal.” The authors point to the need for further research to elaborate on mercury’s role in triggering greater frequency of autism spectrum symptoms in children who exhibit atypical parasympathetic activity.

In a separate publication about the EECHO study, the authors explicitly note their assumption that “the majority of total mercury in whole blood was methylmercury via fish consumption,” adding that they did not carry out mercury speciation to verify their assumption. This is a notable limitation of the study, because measurement of blood levels of heavy metals assesses recent (or ongoing) exposure to heavy metals but is not an accurate method of determining whether the organs, tissues, or bones are storing these toxicants. Many US children still receive thimerosal-containing flu shots on an annual basis; these contain significant amounts of ethylmercury, which moves more quickly into tissues and organs than methylmercury.

The authors point to the need for further research to elaborate on mercury’s role in triggering “greater frequency of autism spectrum symptoms” in children who exhibit atypical parasympathetic activity.

Despite this oversight, the authors emphasize the importance of paying attention to low levels of background metal exposure because “background exposures…affect a much larger proportion of children.” This comment calls into question the relevance of “safety” thresholds for highly toxic substances. Just as Ralph Nadar once warned that some cars were “unsafe at any speed,” it seems clear that toxicants such as lead and mercury are unsafe at any level.