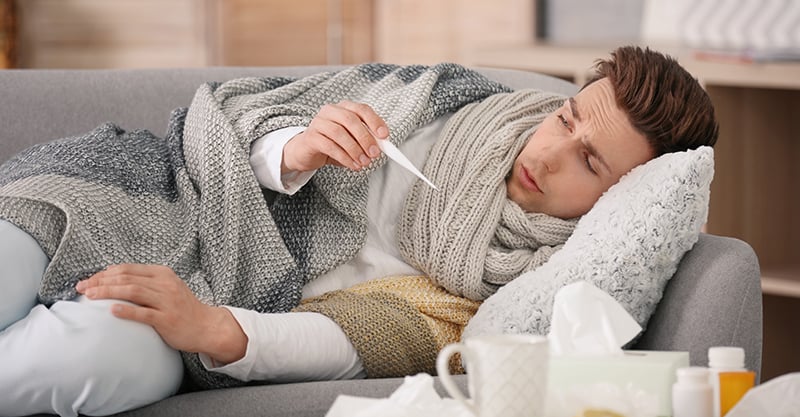 This is Part II of a two-part series on mumps. Part I discussed how mumps vaccination and the flawed mumps component of Merck’s MMR vaccine are fostering dangerous mumps outbreaks in adolescents and young adults.

It has been about five decades since the U.S. Food and Drug Administration (FDA) approved Merck’s first mumps vaccine. The company began launching combination MMR (measles, mumps and rubella) vaccines in the 1970s. Coincidentally—or not—an infertility crisis has been brewing over roughly the same time period, with dramatic declines in sperm counts and record-low fertility levels. However, few investigators seem interested in assessing whether mumps outbreaks in highly vaccinated populations of teens and young adults could be having long-term effects on fertility or other health indicators.

As described in Part I, childhood MMR vaccination has been an unmitigated disaster where mumps is concerned, deferring mumps infection to older ages and leaving adolescents and young adults vulnerable to serious reproductive complications. Public health reports show that the vast majority of mumps cases and outbreaks occur in youth who have been fully vaccinated with the prescribed two-dose MMR series, supporting a hypothesis of “waning immunity after the second dose.” FDA and Centers for Disease Control and Prevention (CDC) officials even admit that mumps outbreaks in the post-vaccination era “typically involve young adults,” and that vaccination is failing to protect those who are college-age and above.

Myopically, many vaccine experts have called for a third MMR dose—or even “booster dosing throughout adulthood”—even though the FDA’s and CDC’s own research shows that MMR boosters in college-age youth barely last one year. As alleged in whistleblower lawsuits wending their way through the courts over the past eight years, Merck presented the FDA with a “falsely inflated efficacy rate” for the MMR’s mumps component, using animal antibodies and other fraudulent tactics to fool FDA—and the public—into believing that the vaccine was effective.

When infection arises after puberty, however, mumps is no laughing matter, presenting an increased risk of complications such as hearing loss, encephalitis and inflammation of the reproductive organs.

Mumps after puberty is no laughing matter

Around the time that the first mumps vaccine came on the market, the 1967 children’s classic The Great Brain humorously depicted mumps infection in childhood as a mere nuisance. The book’s young protagonist goes out of his way to intentionally infect himself with mumps so that he can beat his two brothers to the recovery finish line—and he experiences no adverse consequences other than his siblings’ annoyance.

When infection arises after puberty, however, mumps is no laughing matter, presenting an increased risk of complications such as hearing loss, encephalitis and inflammation of the reproductive organs. About one in three postpubertal men with mumps develops orchitis (inflammation of the testes), which can damage sperm, affect testosterone production and contribute to subfertility and infertility. During a mumps outbreak in England in the mid-2000s, mumps orchitis accounted for 42% of all hospitalized mumps cases; the researchers attributed this outcome—which was the most common reason for hospitalization—to “the high attack rates in adolescents and young adults” that occurred “despite high coverage with two-dose MMR.” An analysis of a 2006 mumps outbreak in the U.S. reported that male patients were over three times more likely than female patients to experience complications, “due primarily to orchitis.”

An estimated 5% to 10% of postpubertal women will develop oophoritis (swelling of the ovaries) following mumps infection. Oophoritis is associated with premature menopause and infertility, but mumps-related oophoritis has garnered little notice.

Mumps infections are often asymptomatic or produce nonspecific symptoms such as fever, while cases of orchitis may present with no other mumps symptoms. Nonetheless, public health officials advise clinicians that orchitis is an instant cue to test for mumps virus, and testing often reveals elevated mumps antibodies. In a case report of MMR failure, British clinicians isolated a novel genetic strain of mumps virus from the patient’s semen two weeks after the onset of orchitis and found mumps RNA in the semen 40 days later; they also noted “the appearance of anti-sperm antibodies,” with “potential long-term adverse effects on the patient’s fertility.”

In 2017, researchers who reviewed 185 studies conducted in Western nations found that sperm counts had plummeted by 50% to 60% between 1973 and 2011—an average decrease of 1.4% annually. Commenting on this work, one analyst estimated that 20% to 30% of young men in Europe and North America have sperm concentrations associated with a reduced ability to father a child. Given estimates that as much as 40% of reproductive problems have to do with the male partner, there is agreement on the importance of “finding and eliminating [the] hidden culprits in the environment” that most researchers believe are to blame.

An estimated 5% to 10% of postpubertal women will develop oophoritis (swelling of the ovaries) following mumps infection. Oophoritis is associated with premature menopause and infertility, but mumps-related oophoritis has garnered little notice.

Merck has not evaluated either of its two MMR vaccines—the MMR-II and the MMR-plus-varicella (MMRV) vaccine—for their potential to impair fertility. Whether such testing would unearth direct effects on fertility (as appears to be possible with HPV vaccination in women) is thus unknown. However, mumps vaccination undeniably increases reproductive-age individuals’ risk of mumps infection and, in the process, increases the risk of fertility-altering complications. These facts alone should be attracting far more attention.

Unfortunately, because clinicians already tend to underdiagnose mumps infection and underestimate mumps complications, it is likely that they are failing to recognize possible vaccine-induced reproductive health consequences of mumps infection in their adolescent and young adult patients. In one university outbreak, “most physicians…did not suspect mumps,” and even when they became aware of the outbreak, “diagnosing mumps was not always straightforward.” Moreover, although differentiating between vaccine strains of mumps virus and wild types could provide valuable information, few clinicians have the capacity or inclination to perform testing of this type. A Japanese study of cerebrospinal fluid and saliva from patients with mumps complications found vaccine strain in nearly all of the samples and noted the information’s importance in helping determine whether the complications were vaccine-related.

Those who have sought to understand mumps vaccines’ poor performance point to a mixture of explanatory factors. These include waning immunity, the high population density and close quarters encountered in settings such as college campuses, incomplete vaccine-induced immunity to wild virus as well as viral evolution such that “the vaccine triggers a less potent reaction against today’s mumps viruses than those of 50 years ago.” However, some also quietly admit that individuals with “mild vaccine-modified disease” could be perpetuating the chain of transmission. This latter point ought to be raising questions about the logic and wisdom of administering further rounds of MMR boosters during outbreaks while ignoring the problems created by the doses already given.

… some individuals respond poorly to mumps vaccination and vaccine-induced antibody levels correlate poorly with protection from mumps infection, irrespective of the number of additional doses of mumps-containing vaccine they receive.

Most scientists appear to be either resigned to ongoing mumps outbreaks in vaccinated populations or actually accept periodic outbreaks as the cost of doing business. Publications by FDA and CDC researchers reveal these agencies’ awareness that some individuals respond poorly to mumps vaccination and that vaccine-induced antibody levels correlate poorly with protection from mumps infection, “irrespective of the number of additional doses of mumps-containing vaccine they receive.” Considering the effects on fertility, the generally abysmal track record of mumps vaccination and Merck’s fraudulent claims about efficacy, it is hard to fathom medical and public health experts’ complacency about current mumps vaccines and vaccine policies.