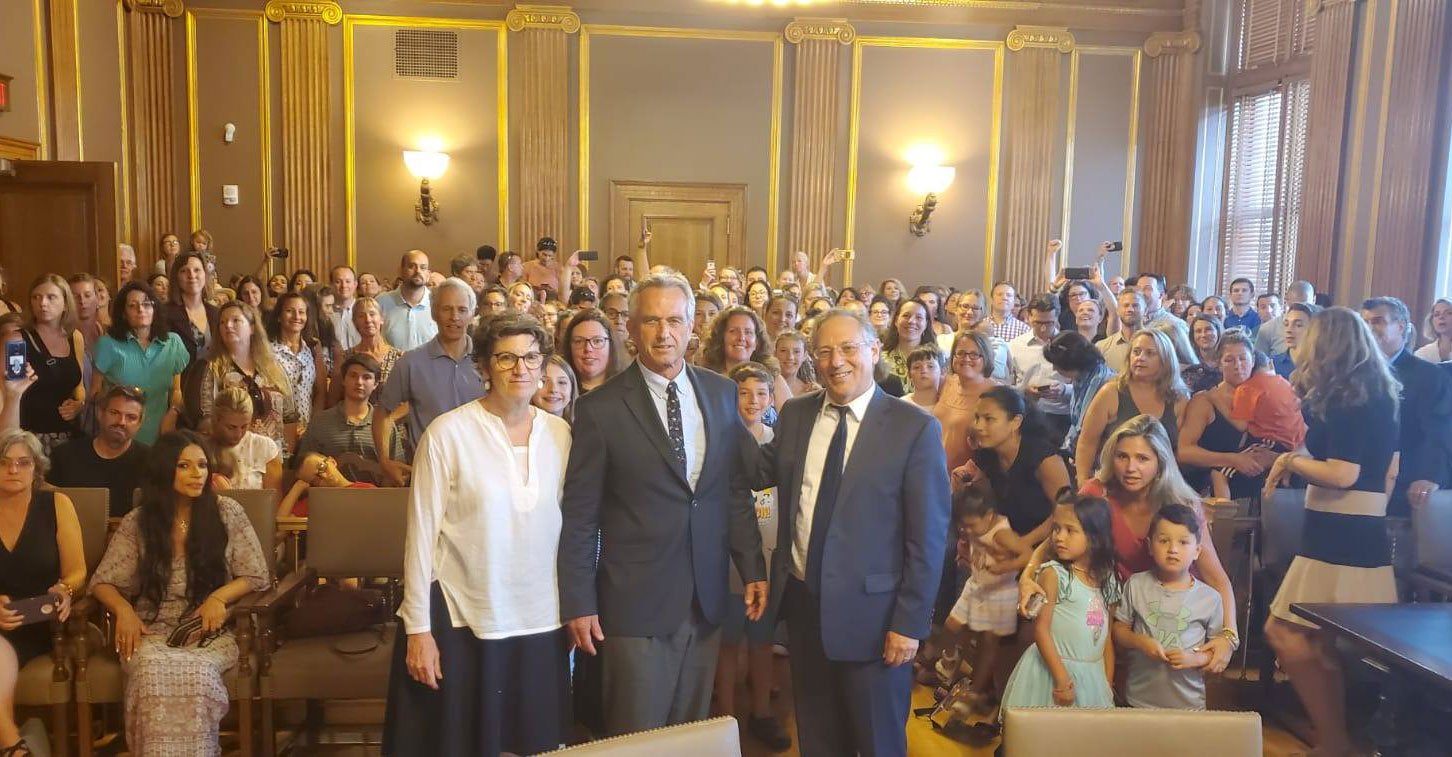 An online press conference will take place Thursday, July 30th at 10:00 a.m. ET with the legal team, doctors and several of the plaintiffs (parents and their immune compromised children who have been refused an education).

“What these families have gone through shocks the conscience,” said lead attorney Sujata Gibson. “Since August 2019, when the regulation took effect, thousands of immunocompromised children throughout the state have had their treating physicians overruled and been removed from school. These are the children we were supposed to be protecting through our school vaccine program. Instead, our policies are disproportionately harming our most vulnerable students.”

In powerful detail, the complaint describes how these families have sought and received multiple exemptions from licensed physicians and specialists, only to have them denied by school officials. This widespread practice of rejecting valid medical exemptions is especially bewildering as New York State repealed the religious exemption to vaccination in June 2019, arguing that it was to protect immunocompromised and medically vulnerable children.

“My child has suffered enough because of his health condition,” said plaintiff Jane Doe. “Why must he suffer school expulsion and ostracism too?” Robert F. Kennedy, Jr., Chairman of Children’s Health Defense, stated, “The right to a valid medical exemption from vaccine mandates has been federal law and policy for over a hundred years. New York State betrays children when it rejects exemptions from licensed, treating physicians in favor of the say-so of principals and superintendents.”

“Physicians who are on the ground, and caring for these medically vulnerable children, need to be able to defend children’s health without fear of professional and personal threats,” said Lawrence B. Palevsky, MD.

During the press conference, there will be an opportunity for lawyers to take questions from the media and our community of concerned citizens.