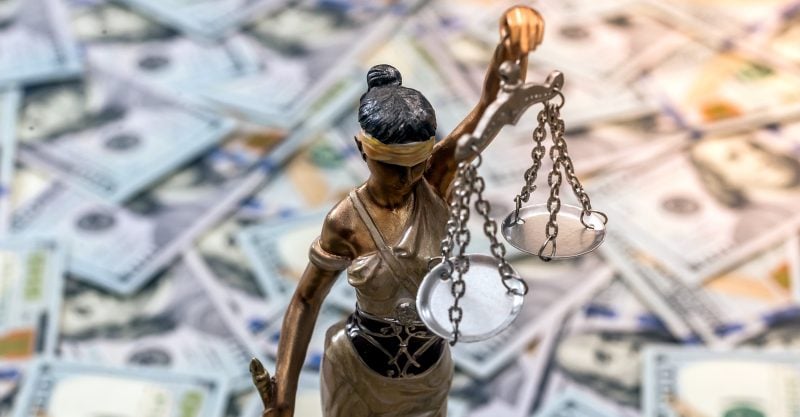 With lawsuits against major fossil fuel producers over climate damages on the rise, a new report and initiative examines how prestigious law firms are enabling climate breakdown. The student-led initiative, Law Students for Climate Accountability, calls for holding the legal industry accountable for profiting from work defending and lobbying for fossil fuel clients as the world faces what scientists say is a climate emergency. This campaign is emerging as industries ranging from finance to insurance are facing greater scrutiny in a rapidly warming world.

“Law firms write the contracts for fossil fuel projects, lobby to weaken environmental regulations, and help fossil fuel companies evade accountability in court. Our research is the first to expose the broad extent of firms’ role in driving the climate crisis,” Alisa White, a student at Yale Law School and a lead author on the report, said in a press release.

The 2020 Law Firm Climate Change Scorecard, as the report is titled, looks at the top 100 most prestigious law firms in the U.S. (known as the Vault 100) and grades them according to their work in service of the fossil fuel industry. According to the analysis, the top 100 firms “worked on ten times as many cases exacerbating climate change as cases addressing climate change; were the legal advisors on five times more transactional work for the fossil fuel industry than the renewable energy industry;” and “lobbied five times more for fossil fuel companies than renewable energy companies.”

Overall, per this scorecard, only four firms received an “A” grade while 41 firms scored a “D,” and 26 received an “F.”

The report summary calls out several of the firms graded “F.” The firm Paul, Weiss, Rifkind, Wharton & Garrison, for example, which represents ExxonMobil in climate liability lawsuits, “worked on as many cases exacerbating climate change as 62 other Vault 100 firms combined,” the report states.

Last winter Paul, Weiss faced protests from law students at Harvard, Yale, New York University, and the University of Michigan during recruitment events, with the students calling on the firm to drop Exxon as a client.

Paul, Weiss did not immediately respond to a request for comment.

These protests and the new Law Students for Climate Accountability initiative indicate that legal firms that refuse to drop major fossil fuel clients may start to face recruitment challenges. Young people are increasingly engaging in climate activism and leading the demands for change across all segments of society, including the legal field.

“All sectors of society are reckoning with their role in addressing climate change. It’s time for the legal industry to join them,” the report argues.

Law Students for Climate Accountability — a new organization of law students from across the United States committed to holding the legal industry accountable for its role in the climate crisis — said the scorecard offers law students a guide when considering job opportunities and also potentially puts pressure on law firms to consider more than just money in its work and clientele.

“My classmates and I came to law school to learn skills to work towards a future that is safer and more just,” Lily Cohen, a student at Harvard Law School and an organizer of the #DropExxon protests, said in a press release. “I hope that this scorecard emboldens firms to make decisions about people, not just profits.”

“The fossil fuel industry does everything it can to avoid responsibility for the massive damage it’s done to our planet,” Sen. Whitehouse said in the press release. “One of the strongest weapons in that fight is litigation carried out by some of the most established law firms in the legal world. It’s past time these firms reconsidered how they represent one of the most destructive industries in history, and there’s no reason law students should not consider this representation in deciding how to direct their careers. I applaud this important effort.”

Reposted with permission from DeSmog.