By Jeremy Loffredo In the face of a looming global climate crisis that threatens to extinguish all life on earth, hope often evades even the most optimistic of problem-solvers. What if we already had at our fingertips — or right under our feet — a shovel-ready climate solution? What if millions of people not only […] 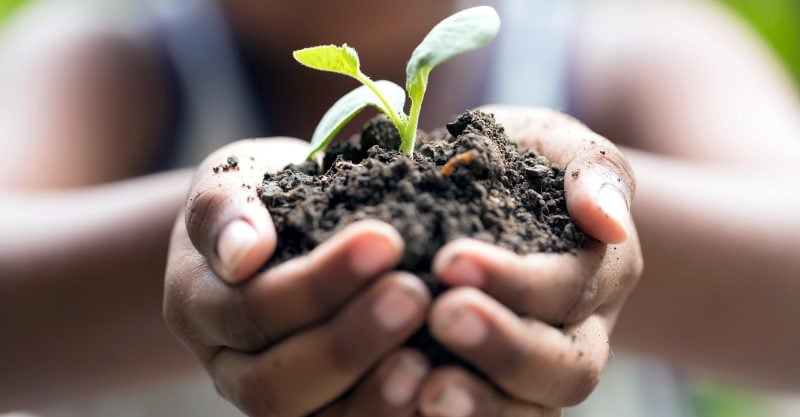 In the face of a looming global climate crisis that threatens to extinguish all life on earth, hope often evades even the most optimistic of problem-solvers.

What if we already had at our fingertips — or right under our feet — a shovel-ready climate solution? What if millions of people not only knew about this solution, but could also actively help advance it?

“Kiss the Ground,” a new documentary, injects hope into the climate crisis conversation by shining a light on how the way we treat soil, including how we grow food, offers a pathway to drawing down excess carbon from the atmosphere and putting it back in the ground, where it belongs.

The film, now showing on Netflix, aims to enlist and deploy an army of soil-solution climate activists by delivering an easy-to-digest crash course on soil and climate science to a mainstream audience.

“We thought, what if we could train thousands, if not millions, of new advocates,” said Finian Makepeace, co-founder of Kiss the Ground, a nonprofit that serves as an online educational hub for regenerative agriculture.

“People who hear about this and are interested in it, instead of having to spend all of their time doing the research on their own, we could train them to be proficient advocates, and how to clearly communicate the ideas to target audiences,” Makepeace told Children’s Health Defense. “Once someone grasps the significance of rebuilding soil, through farming and ecosystem restoration, they can have a new understanding of the whole system of land.”

Actor Woody Harrelson, who narrates the film, tells viewers, “Soil has the unique ability to sequester carbon out of the atmosphere.” It’s a solution “as old as dirt,” Harrelson says.

For the first time in 12 years, global warming made the list of debate topics during a national U.S. presidential debate. Yet as is more often than not the case, the candidates  focused exclusively on investments in renewable energy. Absent from the conversation? How much industrial agriculture contributes to global warming — and how great the potential is to not only mitigate, but to actually reverse global warming by changing how we grow food and manage land.

The film also highlights the many co-benefits of transitioning to agriculture based on good soil management techniques. Co-benefits include promoting food security by enhancing food crops’ ability to survive droughts and floods, and stemming the tide of species extinction by promoting biodiversity.

“Kiss the Ground” explains how tilling the ground before planting releases carbon into the atmosphere and decreases healthy soil organic matter. The film also makes a compelling case against spraying soil with toxic chemicals, a common industrial agriculture practice that “kills the very microbes we need to give us health,” Harrelson tells viewers. He describes a “vicious cycle” of large-scale industrial agriculture: The more tilling is done, the weaker the soil gets, and the weaker the soil gets, the more farmers use the toxic chemicals.

In fact, Harrelson explains, the root’s of today’s industrial agriculture system have little to do with health or sustainability and everything to do with Nazi-era chemical weapons’ manufacturers pushing their poisons onto a post-World War II market.

The film uses images of vast swaths of desertified land to illustrate how today’s agricultural pesticides are designed to kill all living things — except crops that have been genetically modified to withstand them. Around the globe, the agribusiness industry has turned once nutrient-rich, carbon-sequestering soils into dust-like dirt.

It doesn’t have to be that way, if we just pay attention to how we manage soil.

“Kiss the Ground” is a call-to-action for regenerative agriculture as our best hope for stabilizing the climate.