Is Measles Eradication Through Vaccination a Realistic Goal? 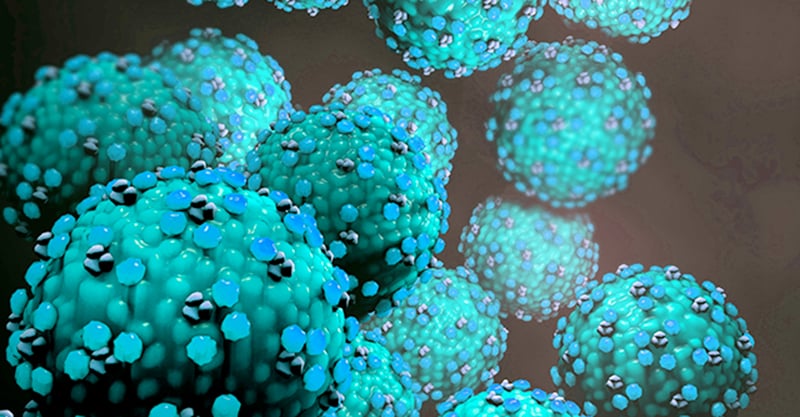 When the U.S. launched measles vaccination in the 1960s, facilitated by generous federal funding, there were experts who questioned the need for a vaccine, given the low and falling measles morbidity rate and the greater than 98% decline in mortality since 1900.  In March 1963 the first two measles vaccines were approved for use in the United States: a live vaccine produced by Merck (Rubeovax) and a formalin-inactivated one produced by Pfizer (Pfizer-Vax Measles–K).

In 1967, a campaign was launched to eliminate measles from the United States. “To those who ask me ‘Why do you wish to eradicate measles?’” wrote Alexander Langmuir, chief epidemiologist from 1949 to 1970 at the Centers for Disease Control and Prevention, I reply with the same answer that Hillary used when asked why he wished to climb Mt. Everest. He said “Because it is there.” To this may be added, “… and it can be done.”

Today, 50 years after the introduction and widespread use of measles vaccination, we continue to see outbreaks of measles. This demands that we question how effective the goal to eradicate measles has been.  Our public health agencies often point a finger at those who are vaccine hesitant or “anti-vaxxers” (typically parents of children who had significant adverse events following vaccination) as being responsible for outbreaks of measles.  Such finger-pointing responses are overly simplistic and do not acknowledge the accumulating body of science questioning the effectiveness and safety of the measles vaccine.

Rather than acknowledge measles vaccination’s numerous failures—the inadequacy of  vaccine derived maternal antibodies to protect infants from infection in their first year of life before they are old enough to be vaccinated, the dramatically increased risks of developing a progressive, disabling and fatal brain disorder subacute sclerosing panencephalitis (SSPE) if an infant acquires measles the first year of life, and the evolution of mutant measles virus strains that are resistant to the measles vaccine—and work to address these critical concerns in vaccine policy, vaccine promoters keep recycling these obvious failures of the vaccine into an absurd and dangerous argument in favor of more of the same.

…in settings where measles does not circulate endemically and most immunity is from immunization rather than infection, maternal antibody levels are lower.

Most infants are born with immunity to measles through maternal antibodies transferred in pregnancy, which slowly decreases over time. However, in settings where measles does not circulate endemically and most immunity is from immunization rather than infection, maternal antibody levels are lower. This is due to the fact that maternal vaccination-induced measles antibodies disappear faster than disease-induced antibodies. This results in infant immunity that wanes earlier in vaccinated populations and a wider susceptibility gap between maternal antibody decay and infant immunization.

Naturally immune pregnant and nursing mothers who had measles infections in childhood formerly protected their babies through the transfer of maternal antibodies in the placenta and breast milk.

In contrast, infants born to vaccinated mothers have been found to have significantly fewer antibodies  than infants of naturally immune mothers have, resulting in loss of immunity to measles before they are eligible for vaccination. A study in Canada that reported on this phenomenon found that 92% of three-month-olds and 100% of six-month-olds had antibody levels “below the protective threshold.”

This has resulted in a situation where the measles vaccine has failed to produce adequate antibodies in vaccinated mothers sufficient to provide infants with maternal immunity the first year of life.  This has created a crisis situation where infants under the age of one are now highly vulnerable to measles infections. These young infants suffer a higher mortality compared to populations historically impacted by wild measles later in childhood.

The CDC recommends MMR vaccination between 12-15 months. In the first four months of 2019, one-fourth of U.S. measles cases were in children younger than 15 months. This is concerning because these young infants are at greater risk of serious complications and death compared to children over age five.

One potential measles complication is a fatal neurodegenerative disease called subacute sclerosing panencephalitis (SSPE), a “devastating ‘slow virus’ brain disease resulting from persistent measles virus infection of neurons.” Measles infection before age two is one of the most consistent risk factors for SSPE, but because of the condition’s lengthy latency (6-10 years, on average), the age of SSPE presentation is commonly around ages 8-11. Characteristic features of SSPE include gradual cognitive decline, behavior changes, seizures, loss of muscle control and visual disturbances, culminating in a vegetative state—followed by death—within a few years of symptom onset.

Scientists deny that measles vaccine can trigger SSPE, but they cite evidence pointing to “wild virus causing SSPE in cases which have been immunized and have had no known natural measles infection.”

In the pre-measles-vaccination era, SSPE was exceedingly rare, estimated at 1 in 100,000. However, a California-based study published in Clinical Infectious Diseases in 2017 produced dramatically higher estimates for the 1998-2015 period: a rate of 1 in 609 for infants who got measles before age one. Of the 17 cases of SSPE unearthed by the researchers, 12 children had a known history of measles infection “or a compatible febrile rash illness,” which, in 11 of 12 cases, occurred before age one. (In the 12th case, the child was 14 months old.) A similar study in the Eastern European nation of Georgia identified 12 cases of SSPE (2008-2017) with a known history of measles infection before age two. Like their American counterparts, the Georgian researchers concluded that the risk of SSPE “is higher than previously thought.”

Scientists deny that measles vaccine can trigger SSPE, but they cite evidence pointing to “wild virus causing SSPE in cases that have been immunized and have had no known natural measles infection.” This year, Indian researchers described just such a case. A previously healthy 26-month-old rapidly progressed to a vegetative state within five months of developing seizures; the boy had received a measles vaccine at nine months of age, followed by “measles-like illness at the age of 1 year.” This and other Indian case reports of “early-onset SSPE” in toddlers point to an inexplicable but “progressively decreasing latency period between measles infection and onset of symptoms observed in cases with SSPE.” In the past, it was “very unusual” for SSPE to have such a short latency period.

For over 50 years, measles vaccines worldwide have relied on one “genetically restricted” strain of measles virus—genotype A.  And during this half-century period, “genotype circulation patterns” have changed substantially. A Luxembourg virologist speculated in 2017 that these changes “might reflect the immune selection of ‘fitter’ viruses” and also commented that rapid genetic evolution can “drive the emergence of viral variants [that escape] immune surveillance.” Back in 2001, the same virologist reported that measles virus strains circulating in Africa had “acquired a considerable level of resistance to the standard measles vaccine in use in the continent,” with “at least half the immune system antibodies produced in response to the vaccine hav[ing] no effect on these strains.”

Also in the early 2000s, researchers in Belarus sequenced measles virus strains to ascertain why the republic was witnessing numerous cases of measles despite a 98% vaccination rate. While their analysis revealed genotype A virus strains in 2001 and 2002, by 2003, different genotypes—D6 and D7—were present, leading the investigators to attribute the majority of measles cases to vaccine failure. A similar study in Russia described the “lack of protective titers of neutralizing antibodies” against circulating measles virus strains, and again linked genotype D6 to measles outbreaks in highly vaccinated adults. In the mid-2000s, the World Health Organization (WHO) connected measles outbreaks in Europe to measles genotypes D4, D6 and B3.

…it will be important to monitor “new emerging strains of the virus.”

What is also very worrisome is that the genetics of these vaccine resistant strains that have emerged are similar to the genetics of a very dangerous form of the virus that can cause SSPE.  As mentioned previously, this progressive, disabling and often deadly brain disorder has suddenly become much more common.

Worryingly, the genetics of vaccine-resistant strains of measles virus, including the D6 genotype, are similar to the genetics of the mutant form of virus associated with SSPE. Discussing cases of SSPE in measles-vaccinated individuals exposed to wild-type measles virus [wt MV], one group of authors stated, “If vaccinated individuals…are susceptible to wt MV strains, this raises concerns not only for neurological complications of MV but also for its global eradication.” The authors conclude that it will be important to monitor “new emerging strains of the virus.”

…this “treadmill” of repeated, suboptimal vaccination is accomplishing little other than to create a time bomb that may allow “both ancient and emergent forms of this virus” to emerge victorious.

The mutant virus problem is not limited to measles vaccines. In November 2019, news outlets reported that a vaccine-derived form of poliovirus—mutated from the oral polio vaccine—is now causing more cases of polio than are caused by wild polioviruses. In a scathing report that month by the WHO’s Independent Monitoring Board (charged with evaluating the Global Polio Eradication Initiative), the report’s authors described the “uncontrolled” spread of vaccine-derived poliovirus across Africa, with vaccine-derived polio cases reported in 12 African countries and several Asian nations (including China) through October of 2019. The report noted that the resurgence of vaccine-derived polio raises “fundamental questions and challenges for the whole eradication process.”  These same concerns hold true for measles as well.

In a sobering 2019 reflection in the Journal of American Physicians and Surgeons, Dr. Andrew Wakefield discusses “escape mutants” from both the measles and polio vaccines. He suggests that “A virus like measles [or polio] demands our respect because, like other infectious agents, it is exquisitely versatile and geared for survival.” He notes that vaccination alters virus-related factors in a myriad of unanticipated ways that include virulence, dose, strain, route of infection and even the very cells that the virus infects in the body—and that is before even acknowledging the influence of “competing and synergistic variables such as other vaccines.”

But as Dr. Wakefield comments, there is already ample evidence to indicate that this “treadmill” of repeated, suboptimal vaccination is accomplishing little other than to create a time bomb that may allow “both ancient and emergent forms of this virus” to emerge victorious.  Instead of blaming anti-vaxxers, it is time for  CDC epidemiologists to acknowledge the very real failures of their efforts to eradicate measles by asking the question they should have asked in 1967 before launching their campaign, “Should it be done?”