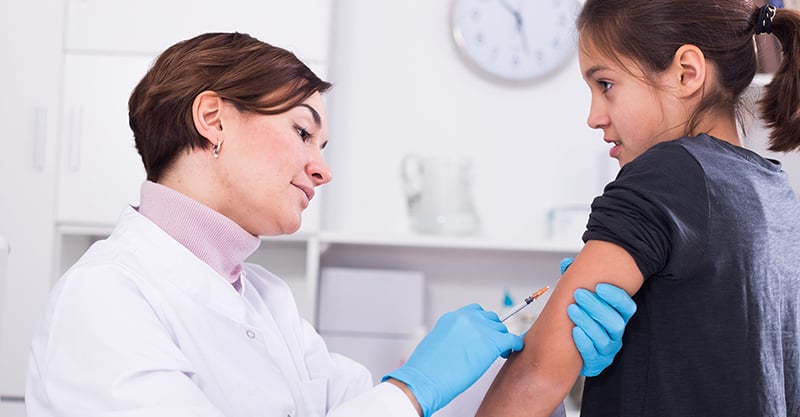 When the U.S. introduced the human papillomavirus (HPV) vaccine in 2006, cervical cancer rates had been steadily declining for several decades, in large part due to successful and routinized cervical cancer screening. A similar trend also was underway in Europe, including in Scandinavia. Within that region, Sweden stood out as having the lowest levels of cervical cancer. 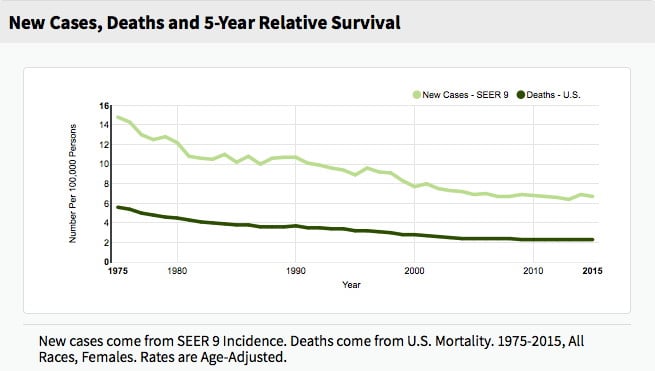 Sweden now appears poised to lose this distinction. Sweden’s Center for Cervical Cancer Prevention reported in 2017 that the incidence of invasive cervical cancer has reversed course and is climbing in nearly all counties. The increase was particularly steep (20%) over the two-year period from 2013 to 2015. Neither the Center, health authorities nor the media offered any explanation for the turnaround in the country’s long-established cervical cancer trends.

An independent Swedish researcher decided to take a closer look. On April 30, 2018, the researcher proposed in the Indian Journal of Medical Ethics that the HPV vaccine may be causing rather than preventing cervical cancer in some women. This assertion directly threatens the status quo marketing of HPV vaccines as universally safe and effective. For this reason, the author chose to publish under a pseudonym—in the belief that “the use of his real name would have invited personal repercussions from those opposed to any questioning of vaccines”—but did not inform the journal that the published name and affiliation were fictitious. A week later, this omission became known to the journal’s editors, who were affronted and immediately published a correction. However, the editors also took the unusual and courageous step of keeping the article on the journal’s website because “the issues raised by it are important and discussion on it is in the public interest.”

Young women and the HPV vaccine

As a first step in assessing the unexpected uptick in Sweden’s cervical cancer incidence, the anonymous researcher’s simple analytic strategy was to parse, by age group, the same national data that informed the 2017 report. When the researcher compared cervical cancer rates in younger women (ages 20-49) to rates for older women (over age 50), he found that age made a big difference: “The increase in the incidence of cervical cancer was shown to be most prominent among women 20–49 years of age while no apparent increase was observed among women above 50” [emphasis added]. When he compared changes in invasive cervical cancer incidence in 2006 versus 2015, he again found that the increase mostly affected younger women—and especially women in their twenties. Why should this be the case, when we are told that HPV-induced cervical cancer “often takes years, even decades, to develop after a person gets HPV”?

As one answer, the Swedish researcher points out that the slow-simmer timeline does not apply to all women who get cervical cancer. In fact, rapid onset characterizes roughly 25% of cases, with “a short interval of less than 3 years from negative…screenings to finding of cancer.” This means that an increase in cervical cancer incidence could very well be discernable within the short period of time observed in Sweden:

Gardasil vaccination in this subgroup produced a higher level of premalignant cell changes than did placebo.

The Swedish researcher offers two additional (and potentially overlapping) explanations for the surge in invasive cervical cancer in younger women. First, he explains that seven in ten cases of cervical cancer are linked to just two “target” HPV strains (HPV 16 and 18), and the vaccine is useless—and even damaging—to individuals who have been exposed to those strains prior to vaccination. In fact, he shows that the U.S. Food and Drug Administration (FDA) recognized this problem in its clinical review of Gardasil in 2006, which euphemistically described the “potential for disease enhancement” in Gardasil-vaccinated individuals who had been exposed to HPV 16/18 before vaccination compared to individuals with no HPV 16/18 exposure (p. 359). Gardasil vaccination in this subgroup produced “a higher level of premalignant cell changes than did placebo.”

To account for the differential subgroup effects, the researcher points to the phenomenon (well recognized in the peer-reviewed literature) of vaccine-induced viral “reactivation,” whereby a vaccine triggers a latent virus to manifest “severe reactivation symptoms.” With over 200 known strains of the ubiquitous human papillomavirus (and over a dozen that are associated with cervical cancer), it is fully plausible that the HPV vaccine could reactivate cancer-causing HPV strains (both “target” and “non-target”) in previously HPV-infected young women. The Swedish researcher concludes:

“The increased incidence among young females, the possibility of virus reactivation after vaccination, the increase in premalignant cell changes shown by the FDA for women who were already exposed to oncogenic [tumor-inducing] HPV types and the time relationship between the start of vaccination and the increase in cervical cancer in Sweden could support [the] view” that the HPV vaccine is “caus[ing] an increase in invasive cervical cancer instead of preventing it among already infected females.”

From their inception, the two HPV vaccines (Merck’s Gardasil and, outside the U.S., GlaxoSmithKline’s Cervarix) have been aggressively marketed, with their potential benefits oversold and their many risks disguised, particularly through the use of inappropriate placebos. It has been left to independent researchers to critique the regulatory apparatus’s whitewashed evidence. Recent letters published in the British Medical Journal (BMJ) have brought forward some stark numbers that illustrate the vaccine’s appalling record:

…from an individual perspective, “a healthy 16-year-old is at zero immediate risk of dying from cervical cancer but is faced with a small but real risk of death or serious disability from a vaccine that has yet to prevent a single case of cervical cancer.”

Even in countries where the burden of cervical cancer is far higher, researchers are eyeing the HPV vaccine’s dismal performance and are reaching the conclusion that “proven and cost effective methods” of cervical cancer screening “remain the most feasible prevention strategies in low resource countries.”

One group of Indian researchers argues that from an individual perspective, “a healthy 16-year-old is at zero immediate risk of dying from cervical cancer but is faced with a small but real risk of death or serious disability from a vaccine that has yet to prevent a single case of cervical cancer.” From a programmatic perspective, they state that “there is no data in the literature to suggest that vaccination can replace cervical cancer screening. For any population coverage, cervical screening will always detect more pre-cancers and cancers than vaccination can prevent. Cost-effectiveness analyses have shown that cervical screening is more cost-effective than either vaccination alone or vaccination with screening.”

Returning to Sweden, researchers at the Uppsala Monitoring Center have described how easy it is for risks to “escape epidemiological detection.” The implications, according to this group, are that “case reports and case series can no longer be discarded simply as ‘anecdotes’ or ‘coincidence,’ and their contribution to the evidence base should not be ‘trumped’ by the findings of an epidemiological study.” The bottom line is that a corrupt vaccine approval process should not be allowed to sacrifice young women on the altar of industry profits.