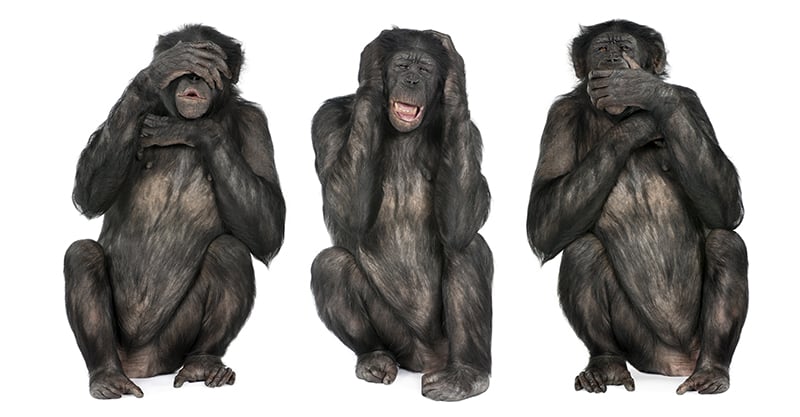 [Note: This is Part VIII in a series of articles adapted from the second Children’s Health Defense eBook: Conflicts of Interest Undermine Children’s Health. The first eBook, The Sickest Generation: The Facts Behind the Children’s Health Crisis and Why It Needs to End, described how children’s health began to worsen dramatically in the late 1980s following fateful changes in the childhood vaccine schedule.]

The Institute of Medicine (IOM)—now called the Health and Medicine Division of the National Academies of Sciences, Engineering, and Medicine—is a private, nonprofit entity that has had a mandate since 1970 to provide the U.S. government with “independent, objective analysis” on matters of health. The IOM produces reports specifically requested and paid for by federal agencies—including the Centers for Disease Control and Prevention (CDC). The IOM develops its scope of work “in collaboration with the study’s sponsor” and then carries out its deliberations behind closed doors.

The IOM has authored dozens of influential reports on vaccines. However, the organization’s independence on this topic is open to question, because it draws its members from the ranks of the very same government agencies, schools of medicine, schools of public health, hospitals and private foundations that have uncritically supported existing vaccine policies for decades.

… the IOM authors endorsed the biological plausibility of the hypothesis that “exposure to thimerosal-containing vaccines could be associated with neurodevelopmental disorders.

In September 2000, the CDC and the National Institutes of Health (NIH) commissioned an IOM committee to research and write a series of eight specific “immunization safety reviews,” with a scope closely dictated by the CDC. The IOM published the first two reports in 2001, focusing on thimerosal-containing vaccines and neurodevelopmental disorders and the measles-mumps-rubella (MMR) vaccine and autism, respectively.

In the first of the two reports, the IOM authors endorsed the biological plausibility of the hypothesis that “exposure to thimerosal-containing vaccines could be associated with neurodevelopmental disorders.” Their conclusion was that they could neither accept nor reject a causal relationship. They called, therefore, for removal of thimerosal from all vaccines given to infants, children and pregnant women as a precautionary step and recommended more basic science, clinical and epidemiological research. Not only have these recommendations remained largely unheeded to this day, but the CDC began aggressively promoting thimerosal-containing influenza vaccines (and, later, tetanus-diphtheria [Td] vaccines) for pregnant women and children beginning in the mid-2000s, well after the report’s publication.

The second IOM report came out against a population-level causal relationship between the MMR vaccine and autism. Yet it, too, stated that it could not disprove “the proposed biological models” in individual children and reiterated the need for further research.

… at its core, the committee writing the reports was little better than a ‘kangaroo court’—in the words of an advocacy organization representing parents, the fix was in from the start.

The Fix Is In, and Biological Plausibility Is Out

Although the IOM meetings took place behind closed doors, an insider leaked transcripts of the 2001 meetings. The transcripts suggest that, at its core, the committee writing the reports was little better than a “kangaroo court”—in the words of an advocacy organization representing parents, “the fix was in” from the start. For example, well before any evidence had even been reviewed, the Committee Chairman, Dr. Marie McCormick, stated, “CDC…wants us to declare…these things are pretty safe on a population basis” (p. 33). She later added, “we are not ever going to come down that [autism] is a true side effect [of a vaccine]” (p. 97). The Committee Study Director, Dr. Kathleen Stratton, likewise clarified the following:

Thus, by the time the IOM committee wrote its 2004 report, the group “managed to produce the outcome CDC was looking for.” Written in what Congressman Dave Weldon characterized as an “atmosphere of intimidation” driven by “a desire to sweep these issues under the rug,” the 2004 report reexamined the hypothesis that vaccines—specifically the MMR vaccine and thimerosal-containing vaccines—might be associated with autism. This time, however—using tactics such as “changing their charter, avoiding case reports, and disregarding biological evidence”—the IOM categorically rejected both hypothesized relationships. Leaving behind its own 2001 position of “biological plausibility,” the IOM used its 2004 report to dismiss “potential biological mechanisms for vaccine-induced autism” as “only theoretical.”

The NVICP eventually dismissed all of the Omnibus Autism Proceeding petitions, ruling that none of the theories of autism causation…were proven.

The IOM committee’s about-face coincided with the 2002 initiation of something called the Omnibus Autism Proceeding (OAP). The OAP presented the National Vaccine Injury Compensation Program (NVICP) with a politically thorny task: to evaluate 5,400 petitions asserting that vaccines had caused autism, either as a result of thimerosal, the MMR vaccine or a combination of the two. The claims’ potential value exceeded $100 billion—an amount that “would have bankrupted the [compensation] program many times over.”

The NVICP eventually dismissed all of the OAP petitions, ruling that “none of the theories of autism causation…were proven.” To support this ruling, the NVICP not only drew on questionable epidemiological studies published by CDC authors but also had the IOM’s damning 2004 report close at hand. The report played a critical role in buttressing the government’s assertion that vaccines do not cause autism.

… this hypothesis cannot be excluded by epidemiological data from large population groups that do not show an association between a vaccine and an adverse outcome because a rare event caused by genetic susceptibility could be missed even in large study samples.

In one of its only concessions to biological plausibility, a brief section of the 2004 IOM report discussed the hypothesis of genetic susceptibility to vaccine injury, citing the field known as pharmacogenetics—“genetic variants in humans that…change the way individuals react to certain medications.” The IOM authors suggested that “something similar might be operating in infants and young children exposed to certain vaccines or vaccine components.” In addition, they noted that “this hypothesis cannot be excluded by epidemiological data from large population groups that do not show an association between a vaccine and an adverse outcome” because “a rare event caused by genetic susceptibility could be missed even in large study samples” [emphasis added].

A few years later, the NVICP reluctantly conceded just such a possibility—for a single case of autism. The program awarded over $1.5 million in immediate compensation and an estimated $20 million over her lifetime to a vaccine-injured child, Hannah Poling, after admitting that administration (in a single day) of five vaccines for nine diseases had worsened her underlying mitochondrial disorder and resulted in autism. TIME magazine reported,

There’s no denying that the court’s decision to award damages…puts a chink—a question mark—in what had been an unqualified defense of vaccine safety with regard to autism. If Hannah Poling had an underlying condition that made her vulnerable to being harmed by vaccines, it stands to reason that other children might also have such vulnerabilities [emphasis added].

Ask No Questions, Get No Answers

One of the most egregious impacts of the IOM’s 2004 report was its chilling effect on vaccine injury research. The report declared, “[F]rom a public health perspective the committee does not consider a significant investment in studies of the theoretical vaccine-autism connection to be useful at this time.” This astonishing lack of curiosity—made at a time of dramatically escalating autism incidence—effectively halted in its tracks government financial support for much-needed research, including studies of genetic susceptibility.

By helping to squelch important research, the IOM’s “see no evil, hear no evil” stance did incalculable damage. In 2013, the organization partially conceded as much when it issued another vaccine report that stated that “key elements of the entire [childhood vaccine] schedule—the number, frequency, timing, order, and age at administration of vaccines—have not been systematically examined in research studies” (p. 11). Apparently without irony, the report’s authors concluded that “feasible research approaches to study potential adverse health outcomes will emerge only with sustained and substantial federal commitment to research on vaccine safety.”