Hiding Behind Genetics to Avoid Culpability for Environmental Causes of Autism 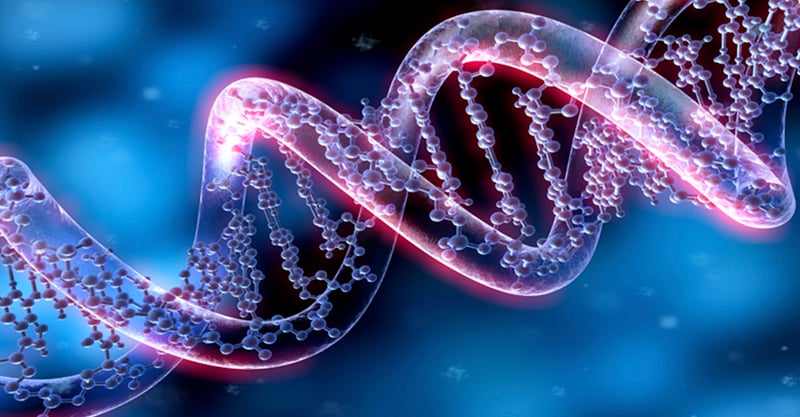 Genetics is the darling of the biomedical research industry. For diseases ranging from cancer to skin disorders, investigators have been busily at work for decades trying to identify the conditions’ underlying genetic causes. However, these same investigators—and the reporters who communicate their findings to the public—are often strangely incurious about the role of environmental toxins as triggers of disease.

A story about autism spectrum disorder (ASD) published in October 2017 by the news website Vox furnishes an example of this genetics-as-the-explanation-for-everything perspective. Vox senior health correspondent Julia Belluz (a self-described “evidence enthusiast”) interviewed a small sample of five reportedly “cutting-edge” autism researchers, all of whom focus on autism genetics. Given the lack of disciplinary diversity in her selective sample, Belluz’s conclusion that genetic factors are the most “well-established” and “promising” explanation for autism comes as no surprise.

Two of Belluz’s five interlocutors (geneticist Stephan Sanders and psychiatrist Lauren Weiss) are researchers at the University of California-San Francisco (UCSF), but neither one mentions a rigorous population-based study of 192 twin pairs published in the Archives of General Psychiatry by UCSF researcher Neil Risch and colleagues in 2011. Risch is the director of UCSF’s Institute for Human Genetics. The study’s results indicated that “environmental factors have been underestimated, and genetics overestimated, for their roles in autism-spectrum disorders.” Another study that involved families with two ASD-affected siblings (published in Nature Medicine in 2015) likewise highlighted “substantial genetic heterogeneity” in ASD, again suggesting that environmental or other shared risk factors trump heritability.

…environmental factors have been underestimated, and genetics overestimated, for their roles in autism-spectrum disorders.

To be fair, Belluz’s discussion gives a nod to a “genes plus environment” perspective on autism causation by acknowledging that an “underlying genetic predisposition or mutation” generally needs to “collide” with environmental triggers in order to give rise to ASD. However, Belluz characterizes the research on environmental risk factors for ASD as “blurry,” “murky,” “mixed” and not “robust.” Belluz also cites a study that, according to her, views shared genetic variants in families as “probably more important” as an autism trigger than shared environments. However, the article actually emphasizes gene-environment interactions and concludes that “the amount of evidence supporting a significant contribution of environmental factors to autism risk” makes it clear that “the search for environmental factors should be reinforced.”

A pivotal paper published in early 2017 goes a step further, asserting that “The term ‘heritability,’ as it is used today in human behavioral genetics, is one of the most misleading in the history of science.” The paper’s two authors argue against the “deeply flawed” assumption that “genetic influences…can be separated from their environmental context.” According to these authors, “contemporary biology has demonstrated beyond any doubt that traits are produced by interactions between genetic and nongenetic factors that occur in each moment of developmental time. That is to say, there are simply no such things as gene-only influences [emphasis in original].” Stated another way, the paper suggests that “it makes little sense to attempt to quantify the relative importance of two different factors that interact with one another [dynamically] to produce an outcome.”

Belluz is willing to entertain the idea that environmental factors such as “air pollution, pesticides, antidepressants and viruses” may contribute to autism, but she categorically dismisses the possibility of any association between ASD and the dozen or so vaccines (containing 16 distinct antigens) currently included in the childhood vaccine schedule in the U.S. Belluz states, “Vaccines are the wrong explanation for autism, and we should let the idea go.” This attitude is frankly disingenuous (or worse), given what we know about the neurotoxicity of vaccine ingredients such as aluminum and the mercury-containing vaccine preservative thimerosal (still used in flu shots). Landmark papers published in 2004 and 2012 meticulously demonstrated strong parallels between the brain effects of mercury intoxication and ASD brain pathology. To discount these ideas, Belluz cites a fraudulent study coauthored by the criminal Danish researcher Poul Thorsen—a fugitive from justice who has been indicted for stealing research grant money from the Centers for Disease Control and Prevention (CDC)—and his unethical then-CDC colleague and girlfriend, Diana Schendel.

…Landmark papers published in 2004 and 2012 meticulously demonstrated strong parallels between the brain effects of mercury intoxication and ASD brain pathology.

In remaining fixated on genetics, Belluz also ignores multiple strands of evidence highlighting links between autism and immune system challenges. For example, it is biologically plausible that the burdensome (in both number and frequency) vaccine schedule is triggering an immune overload that contributes to autism as well as other inflammatory diseases. Other important research, carried out by the late neuroscientist Paul Patterson, has showed that challenges to a mother’s immune system—such as the influenza and Tdap (tetanus-diptheria-pertussis) vaccines now routinely given to pregnant women—can lead to “lifelong changes to the child’s immune system,” and this immune response can affect the child’s brain. In addition, an article on developmental immunotoxicity (defined as “environmentally induced disruption of normal immune development resulting in adverse outcomes”) by Cornell researcher Rodney Dietert observes that developmental immunotoxicity can occur at lower exposure levels than the exposure levels that usually produce immunotoxicity in adults and also can lead to dysfunction that remains latent “until it is triggered by a later-life event” such as vaccination.

…it is biologically plausible that the burdensome (in both number and frequency) vaccine schedule is triggering an immune overload that contributes to autism as well as other inflammatory diseases.

Vox proudly states that its job is to provide “context” and “insight” so that readers can make sense of science and “everything else that matters.” Belluz herself laments the “transparency problem in medicine and health-regulatory affairs” (although she does so in an article that harshly castigates anyone who dares to question the safety of the HPV vaccine). While calling on journalists to “crack open stories about health the same way political reporters do on justice or defense,” Belluz’s discussion of autism genetics unfortunately trots out the same old tired refrain that has helped the pharmaceutical and chemical industries to evade culpability and simply blame the victim.