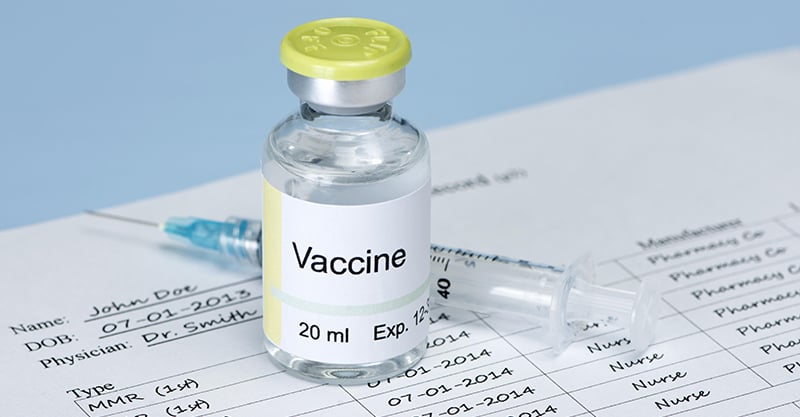 Scientists like to pretend that they are above grubby conflicts of interest, and mainstream journalists often pay lip service to their “fourth estate” watchdog role. However, some scientists and journalists are all too willing to play more of a corporate lapdog role. A particularly large amount of ink has been spilled to discredit—nay, stomp out—the inconvenient notion that vaccines might have something to do with autism spectrum disorder (ASD), which now affects 1 in 36 children in the U.S. Despite extensive high-level scientific fraud at the Centers for Disease Control and Prevention (CDC) to suppress evidence of a vaccine-autism link, the CDC has not been able to hide over 80 independent studies that connect the dots between the vaccine preservative thimerosal and autism. Other studies have pointed to additional vaccine-related culprits that may be contributing to ASD, including aluminum—used in a very high proportion of infant vaccines and recently reported in pathologically significant levels in the brains of individuals diagnosed with autism.

Nonetheless, the disingenuous denials continue to circulate. The latest example is on display in a 2018 study published in JAMA Pediatrics titled “Vaccination patterns in children after autism spectrum disorder diagnosis and in their younger siblings.” The study reports that ASD children were significantly less likely to be vaccinated after receiving their ASD diagnosis (compared to children without ASD), and “parents of children with ASD were more likely to refuse vaccinating the children’s younger siblings compared with parents of children without ASD.” The strange study design, by the lead author’s own admission, “did not look at vaccination rates before the children were diagnosed with autism” [emphasis added]. Instead, the researchers “only assessed vaccines recommended after the child’s ASD diagnosis,” enabling them to informally “infer” that the diagnosis influenced parents’ decisions to delay or refuse further vaccines. Rather than try to understand the rational basis for these decisions, or support parents’ efforts to protect their children from further vaccine injuries, the JAMA Pediatrics researchers appear content to scold beleaguered ASD families for poor compliance with the vaccine schedule.

Meanwhile, CNN heralded the JAMA Pediatrics study with an extremely deceptive piece—“Children with autism less likely to be fully vaccinated”—with a title that tricks the reader into thinking that the study shows “vaccines don’t cause autism.” Although CNN’s reporter digs up another study that found that almost a third of parents of ASD children became “vaccine-hesitant” after their child’s autism diagnosis and that, for most of the parents, “hesitancy” was due to the belief that “toxins in vaccines caused their child’s developmental problems,” the researchers and CNN hastily dismiss this belief as “scientifically untrue.”

…the five authors purportedly conspired to withhold measles-mumps-rubella (MMR) and autism data that implicated the MMR vaccine for specific subpopulations of children with ASD.

The nine studies that the JAMA Pediatrics authors cite to “show” that autism is unrelated to vaccines are wholly inadequate to make any such assertion. Two of the studies are merely review articles published in 2001 and 2002, both written by the same corrupt CDC author who provides no original data on the subject. An additional paper headed up by the same author in 2004 has been shown to be fraudulent, as the five authors purportedly conspired to withhold measles-mumps-rubella (MMR) and autism data that implicated the MMR vaccine for specific subpopulations of children with ASD. Yet another of the papers cited by the JAMA Pediatrics authors, a 2003 paper involving thimerosal-containing vaccines in Denmark, was thoroughly debunked by a later CDC study that showed a reduction in ASD prevalence in Denmark after the removal of thimerosal from vaccines in 1992.

The nine flimsy, flawed and out-and-out fraudulent studies that the JAMA Pediatrics authors cite as a basis for their contention that vaccines don’t cause autism focus only on thimerosal in vaccines and the MMR vaccine. Setting aside the issue of these studies’ poor quality, one has to ask, “What about the rest of the vaccine schedule?” It is essentially unstudied! In fact, in 2011, the Institute of Medicine stated that there were insufficient data to judge whether the diphtheria-tetanus-acellular pertussis (DTaP) vaccine—one of those included in the 2018 JAMA Pediatrics study—caused autism. The Institute acknowledged that there simply hadn’t been proper studies done by the CDC or other entities charged with vaccine safety in the U.S.

In this way, the JAMA Pediatrics study indirectly furnishes a perfect demonstration of why families with ASD-diagnosed children become “vaccine-hesitant.” After sustaining such a diagnosis, who can blame them for hesitating to sacrifice another child to the “herd”? The federal agencies that are pushing countless vaccines on American infants and children have done less than nothing to gain the public’s confidence in the current vaccine schedule. Strangely, the lead author of the 2018 JAMA Pediatrics study published another paper in the same journal in 2017 that showed a statistically significant relationship between ASD in children and the prenatal flu shot given in the first trimester of pregnancy. This relationship would have been explained away as a “chance finding” if it had not been pointed out in a subsequent letter to the editor (Hooker, June 2017) in JAMA Pediatrics. For the same lead author to now state directly that there is no relationship between vaccines and autism is beyond disingenuous. And for CNN then to drone on incessantly about the supposed “lack of relationship” between vaccines and autism is equally shameful and constitutes, at a minimum, shoddy reporting in light of the large body of evidence showing a connection.