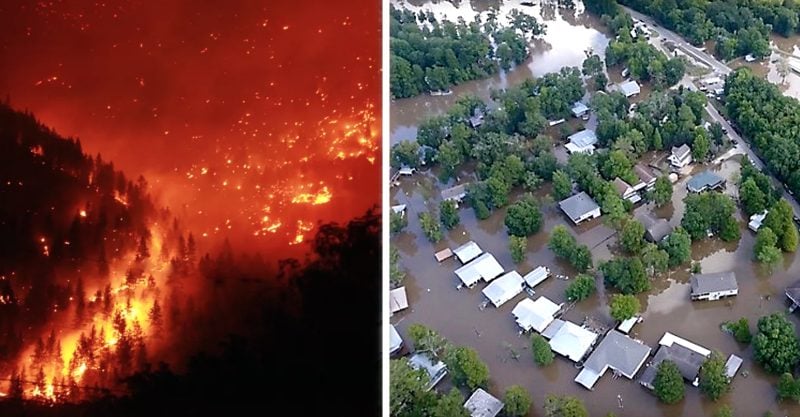 Wildfires have ravaged more than 5 million acres across California, Oregon and Washington state. So far, the fires have killed 35 people, destroyed more than 6,000 structures and forced more than 60,000 people out of their homes.

Even people well outside of these three states have been negatively impacted, with residents reporting hazy weather conditions throughout the country, including in New York City. Smoke from the fires has reached as far as Europe, with hazy yellow smoke visible in the sky in Germany.

The smoke is creating hazardous air quality, with people in Oregon, California and Washington state living with dangerously unhealthy air that is — literally — off the charts.

The chart most frequently used to measure air quality is the U.S. Air Quality Index (AQI), the U.S. Environmental Protection Agency (EPA) index that works on a scale of 0 to 500.

At an AQI of 301 or greater, the EPA considers the air quality “hazardous,” but in Oregon, air quality watch dogs were clocking AQI values above 700.

What makes wildfire smoke detrimental for human health is the small particulate matter (PM). PM is a cocktail of many chemicals that can induce adverse health effects when inhaled.

PM2.5 also influences the risk of contracting a respiratory illness. One study, published in June in the Environment International suggests a direct link between inhaling wildfire smoke and the incurrence of the flu, finding that “higher average PM2.5 concentrations during the wildfire season positively associated with increased influenza.”

What’s more, the West Coast fires may intensify the nation’s COVID-19 death rate. According to a recent study published in Environmental Research Letters, people who live in areas with chronic air pollution have an increased risk of dying from COVID-19.

As Environmental Toxicologist Dr. Luke Montrose explained to KTVB7, a high level of PM exposure “has the capacity to reduce or suppress our immune system, and by doing so it leaves us vulnerable to viral infection … That viral infection could be the seasonal flu, [or] it could also be coronavirus.”

Apparently, firefighters are already familiar with this phenomenon. According to Dr. Montrose, firefighters call this “camp crud,” and understand that “repeated exposure to smoke may suppress the immune system and make the body more vulnerable to infection.”

Furthermore, children are especially vulnerable to the negative health effects of wildfire smoke, and exposure can start in the womb.

The National Interagency Fire Center says that nearly 10 million acres have been burned by wildfires in 2020 alone, and recent studies show that air pollution in wildfire-prone areas is projected to worsen due to climate-change induced fires, thanks, in large part to the increased burning of fossil fuels since the industrial revolution. Want to see what 2,000 years of global temperature trend looks like in 20 seconds? Watch this tweet.

When fossil fuels are burned, they release carbon dioxide and other greenhouse gases, which in turn trap heat in our atmosphere. Reports from the United Nations’ Intergovernmental Panel on Climate Change have repeatedly concluded that emissions from fossil fuels are the dominant cause of global warming.

Yet despite the global scientific consensus that climate-warming trends over the past century are due to human activities, the media often fails to link extreme weather events to human-induced climate change.

For example, last week The New York Times published a 1,700 word article, “Extreme Heat Turns State into Furnace,” detailing the effects of the wildfires. The article quotes government officials and scientific studies, yet the phrase “climate change” does not appear once in the piece. As journalist Emily Atkins points out, the AP and The Washington Post hosted lengthy features on the fires, and both failed to mention one of the main culprits of the fires — human-induced climate change.

This phenomenon is the latest in a laundry list of instances where corporate-owned media give little acknowledgment to root causes of climate disasters. A FAIR report from earlier this year details how news coverage of this year’s wildfires in Australia “mostly remained resistant to addressing which human policies helped lead us to this point.”

In addition to this year’s record-breaking wildfires, experts say that human-induced climate change is responsible for increasingly powerful hurricanes. Hurricane Sally is drenching the Gulf Coast, with Florida experiencing “four months worth of rain in four hours” and the National Hurricane Center declaring it’s about to run out of names for these storms, with two and a half months left to go on hurricane season.

Still, some who are publicly expressing grave concern for the climate crisis may be doing so in a deceitful way.

Consider the case of California Gov. Gavin Newsom, who plays an integral role in the government response to these infernos. He frequently uses phrases like “climate crisis” yet a closer look at his policies reveal his administration’s own, at best, complacency.

We’re in a CLIMATE CRISIS.

And what we’re experiencing in California is coming to every community — all across the United States of America — unless we get our act together on climate change. pic.twitter.com/BulCzB7tKs

For example, in November, Bloomberg reported that Newsom’s Department of Energy Management has approved 33% more new oil and gas drilling permits than were approved under his predecessor Jerry Brown over a proportionate period of time.

The Newsom administration also made the decision to halt a planned hiring of 128 new regulators at the California Geologic Energy Management Division, whose job it would have been to regulate the state’s oil, natural gas and geothermal energy industries.

Newsom made these hiring cuts after the California Independent Petroleum Association sent letters to his administration asking them to do so. And, in May 2020, Newsom proposed a new state budget, which included cutting California’s environmental protections budget by an eye-popping 94% — from $723M to $42M. 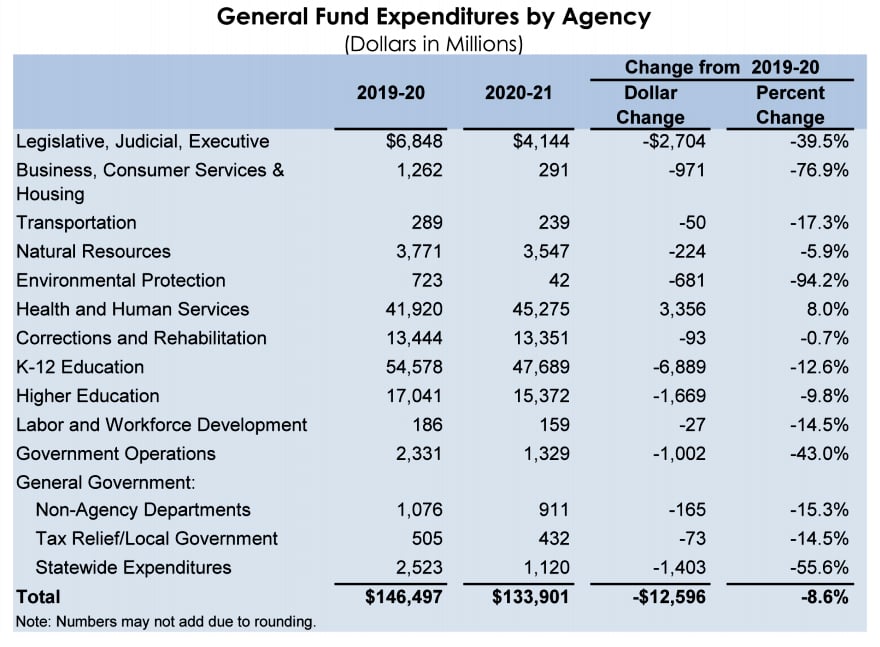 So while firefighters in California, Oregon and Washington battle flames for the safety of those on the West Coast and around the world, perhaps the country needs not only to be wary of inhaling smoke, but aware of the “smoke filled rooms,” where political deals are made at the expense of health and human lives.