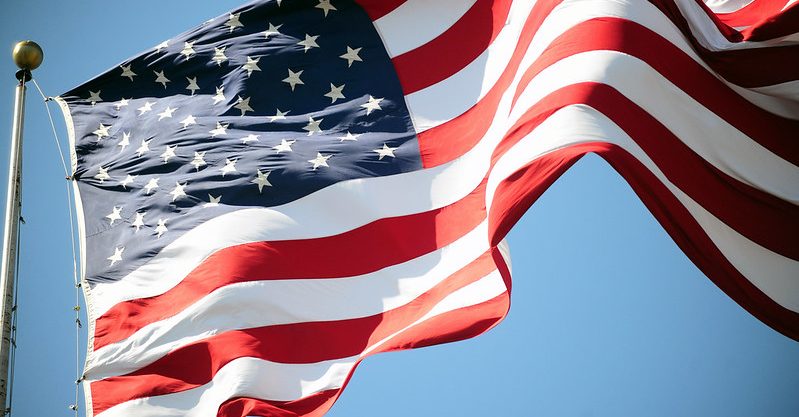 You might be asking yourself, what is Steve Borish doing making such a fuss on Memorial Day, when he never served in the army or marines, never was a soldier, never saw military combat? My answer to that is that I did do a form of service to our country that makes me very proud. Along with many other young Americans I served for two years as a Peace Corps Volunteer, and in my case it was in East Africa, in the country of Somalia, on the Horn of Africa. I am still very proud and pro-Somali, but it is in the spirit that took me into and sustained me in that Peace Corps service that I want to offer these reflections. These Memorial Day reflections will go into some very dark places, but they will take us into, and end, with what I believe is a place that offers hope. My eyes are filled with tears as I write this, tears of joy and hope as well as sadness and grief.

Let me begin. I am one of those people who listened to and still remember the inaugural address of our 34th President, John F. Kennedy, with these closing lines:

“Now the trumpet summons us again — not as a call to bear arms, though arms we need — not as a call to battle, though embattled we are — but a call to bear the burdens of a long twilight struggle, year in and year out…a struggle against the common enemies of man: tyranny, poverty, disease and war itself….And so, my fellow Americans: ask not what your country can do for you — ask what you can do for your country” (cited in Robert Dallek, An Unfinished Life: John F. Kennedy 1917-1963. New York: Little, Brown. 2003: 326).

Robert Dallek comments that the last sentence in Kennedy’s address joined FDR’s “nothing to fear but fear itself” as the most remembered language in any twentieth-century inaugural.  I watched and listened to that inaugural address in January 1961, and when President Kennedy two months later afterwards issued an Executive Order authorizing the dispatch of American men and women “to help foreign countries meet their urgent needs for skilled manpower,” in a new program to be called the Peace Corps, more than 70 percent of Americans declared themselves in favor of such a program. Many thousands of Americans volunteered to share in this adventure as a volunteer, even though life in this proposed corps would not be easy. Volunteers would receive “no salary and allowances will be at a level only sufficient to maintain health and basic needs. Men and women will be expected to live and work alongside the nationals of the country in which they are stationed — doing the same work, eating the same food, talking the same language” (Dallek 2003: 338-339).

I was one of the many who inspired by Kennedy’s words made the decision to volunteer for this program, and after Kennedy’s subsequent assassination on November 22, 1963, my decision to serve grew only stronger. When I graduated from college two years later, I was accepted into the Peace Corps, and after excellent training at Columbia State Teacher’s flew with a group of 50 Americans to begin our two years of service as Peace Corps teachers in Somalia.

Like many all over the world I was devastated by the Kennedy assassination. Somewhere inside, I feel in my heart that I have never recovered. Bob Dylan said it best in Murder Most Foul (a song posted on YouTube this March 2020):

I said the soul of a nation been torn away,
And it’s beginning to go into a slow decay,
And that it’s 36 hours past Judgment Day

Here are a few more lines from Dylan’s song:

Don’t worry, Mr. President
Help’s on the way
Your brothers are comin’, there’ll be hell to pay
Brothers? What brothers? What’s this about hell?
Tell them, “We’re waiting, keep coming,”
We’ll get them as well

Am I going to end these Memorial Day reflections on this sad, mournful, and deeply tragic note? No, I will not. The reason is because I have come to feel and believe, in the last few months, after much study, a lot of exposure to new information, constant testing, continuous inquiry, more study and then deep self-questioning and re-appraisal – and asking myself can this really be true? –   that I believe I have found something of great value. I have found a new American hero, a hero for our insane, crazy, twisted times. Don’t laugh. Don’t think I’ve flipped out.  This person has picked up the mantle and is carrying on the work of both President John F. Kennedy and his brother Robert F. Kennedy.

This person has continued in the footsteps of these famously courageous men by standing up for the truth, by speaking truth to power. In 1999 he co-founded Waterkeeper Alliance, the largest water protection group in the world with 350 waterkeepers operating patrol boats on waterways in 46 countries, tracking end polluters and then litigating against them. He has provided legal counsel for the Natural Resources Defense Council and other environmental groups against, for instance, coal-burning power plants that pollute rivers.  His decades-long career as an environmental attorney and activist is built on defending those who cannot defend themselves, and in this career he has had considerable success. In 2018 the National Trial Lawyers Association awarded Robert F. Kennedy Jr. (1954- ) and his legal team Trial Team of the Year for their work winning a $289 million jury verdict in Dewayne “Lee” Johnson v Monsanto (a case involving poisoning from Roundup, this from Wikipedia).

Here’s my question: Why would someone with a career this successful, working in a field where he has gained great recognition, make such a radical change in the focus of his activity? Why did Robert F. Kennedy Jr.  choose – in addition to continuing all of the above – to begin writing, speaking and filing lawsuits connected to the question of vaccine safety and the broader issues connected with it? Why did he choose in 2005 to do this additional advocacy work for which he has been censored, criticized and scolded by many, including the mainstream media and even other members of the Kennedy family? What in hell could have caused him to do this? As he himself says at the beginning of a recent interview, he was literally “dragged kicking and screaming” into this new work. What did he discover that in his own eyes seemed so urgent it caused him to make these changes, in spite of their clear consequences for both his personal and professional life?

All I am going to say now, is that I spent much of the Memorial Day weekend attending the online conference Autism/One, with many speakers in diverse fields making valuable contributions.  Early in the conference Robert F. Kennedy, Jr. gave an hour-long keynote address, and at the end there were many questions flashed on the screen. One of the questions was this, “Bobby, those of us who have heard your talk, what would you like us to do now? What form of action would you suggest that we might take?”

I thought he was going to say, “Write a letter to your local newspaper,” or “write your local and state politicians,” or something like that. But that’s not what he said. He looked out at the screen, and I do have to say that I felt that he was looking deeply into my soul when he said calmly, directly, with the great clarity that is his gift, “Talk to people. Just talk to people. Talk to your friends and family. Don’t be afraid to take some risks.”

I am not someone who easily takes this kind of initiative. I do not like to impose my views in any way on others. I cannot go up to strangers and talk about things like this. But every person who will be receiving this email is someone I know well or has shared something important, and some of you I have had strong relationships with for many years, even for a lifetime. So here is what I am going to do. The way I am taking up Robert F. Kennedy Jr.’s challenge is to give you the link below to what I think is the best interview he has given, and I am only recommending that you begin at about 2 minutes 45 seconds (2:45), and continue to about 30 minutes (30:00). It is a much longer interview, but you only need to listen to about 28 minutes to get the gist of what he is trying to say. After explaining how and why he “got dragged kicking and screaming” into the issue of vaccine safety, he takes you through the whole process of discovery, to share what he has learned. What he is able to share in 28 minutes is not just a series of facts, but a PATTERN. I find much of what he says to be astonishing. Please do not be afraid to listen to his talk, and to see the pattern that he has uncovered. It is one that affects all of our lives.

This interview was done in early May by Brian Rose on his site London Real, and was posted in the May 8 edition of the organization Robert F. Kennedy Jr. founded, Children’s Health Defense. Brian Rose interviews many controversial people, and some of them I disagree with completely. But he does interview people who are subjected to censorship by the different forms of media, and for this I give him great credit. He asks really good questions in the interview below. I will feel much cleaner inside when I send this email off to all of you.

(When you click the above link you will see the interview and the message “Subscribe Free Or Login To Watch The Full Episode.” Just fill in your email, there’s no obligation, I have done this many, many times.)

For those of you who know in advance that you strongly disagree with what you think you know that Kennedy is going to say, I do suggest and hope that you listen to these 28 minutes anyway. To everyone who receives this, know of course that I completely respect your freedom, and the right to make up your own mind. But these words of Robert F. Kennedy, Jr. have been of great benefit to me. They have helped me to make up my own mind about where truth can best be found in looking at important health questions facing all Americans at the present time. That is the only reason why I am sharing them with you.