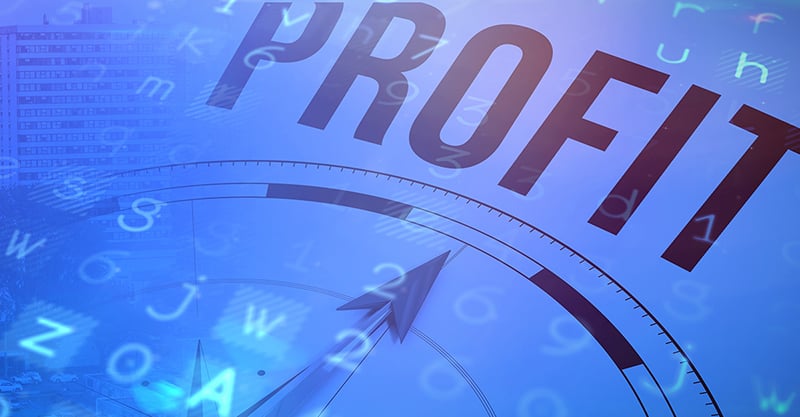 [Note: This is Part V in a series of articles adapted from the second Children’s Health Defense eBook: Conflicts of Interest Undermine Children’s Health. The first eBook, The Sickest Generation: The Facts Behind the Children’s Health Crisis and Why It Needs to End, described how children’s health began to worsen dramatically in the late 1980s following fateful changes in the childhood vaccine schedule.]

ACIP’s industry-beholden membership roster reads like a “who’s who” of the individuals and organizations who spearhead the nation’s vaccine business: fifteen voting members from leading medical schools, children’s hospitals and universities; eight ex officio members from federal agencies such as the FDA and the Department of Defense (DOD); and thirty non-voting representatives serving as liaisons with entities ranging from Sanofi to Cigna and Planned Parenthood (with the latter being a leading promoter and provider of HPV vaccines).

The longstanding conflicts of interest that hold ACIP members captive to pharmaceutical industry interests are well known and well documented. In the early 2000s, a four-month investigation by United Press International (UPI) identified “a web of close ties” and financial entanglements between ACIP members and vaccine companies, including:

According to an investigation by the Committee on Government Reform in 2000, the CDC not only frequently grants waivers but also looks the other way when ACIP members provide incomplete financial disclosure.

In 2003, Congressman Dan Burton described the “paradox” of the CDC “routinely allow[ing] scientists with blatant conflicts of interest to serve on influential advisory committees that make recommendations on new vaccines, as well as policy matters,” even though “these same scientists have financial ties, academic affiliations, and other vested interests in the products and companies for which they are supposed to be providing unbiased oversight.”

As per the Federal Advisory Committee Act (FACA), individuals appointed to ACIP must file an Office of Government Ethics form and annually update a financial disclosure report. Voting members also are expected to publicly disclose “all vaccine-related interests and work” at the beginning of each ACIP meeting. However, the CDC has shown itself only too willing to issue conflicts of interest waivers if it ascertains (as it routinely does) that “the need for the individual’s services outweighs the potential for conflicts of interest created by the financial interests involved.” According to an investigation by the Committee on Government Reform in 2000, the CDC not only frequently grants waivers but also looks the other way when ACIP members provide incomplete financial disclosure. Moreover, a loophole allows a considerable amount of ACIP’s work to get done in Work Groups whose members are exempt from the FACA procedural conflict-of-interest requirements, even though the Work Groups “serve a key scientific role in support of vaccine policy development.”

After ACIP makes its vaccine recommendations, the CDC publishes them in the Morbidity and Mortality Weekly Report. The recommendations (in CDC officials’ own words) “have [a] major impact on immunization policies and practice in the United States and in other countries.” Stated another way, ACIP’s “imprimatur” is a “golden ticket” for vaccine manufacturers. Vaccines on the CDC’s schedule become virtually mandatory for American children attending a “public or private elementary, middle or secondary school, child care center, nursery school, family day care home or developmental center.”

Vaccine exemptions are currently available to varying degrees in 47 states for medical, religious or philosophical reasons. Reflecting the public’s growing concerns about vaccine safety, the use of non-medical exemptions increased by 19% from 2009 to 2013. However, all three types of exemptions are under aggressive attack. Supported by pharmaceutical industry lobbying and CDC edicts, 12 of 13 exemption-related bills signed into law between 2011 and 2017 “limited the ability to exempt,” erecting more legal barriers for concerned parents.

Within the no-liability context of the 1986 National Childhood Vaccine Injury Act (NCVIA), the CDC and ACIP played a major role in opening the floodgates for the childhood vaccine schedule’s dramatic expansion. In the early 1980s, children received three vaccines for seven illnesses—two combination vaccines (diphtheria-tetanus-pertussis and measles-mumps-rubella) and a polio vaccine—totaling two dozen doses by age 18. In the decade following 1989 (beginning soon after the NCVIA’s implementation), the CDC packed multiple doses of several more vaccines onto the childhood schedule, including those for Haemophilus influenzae type b (Hib), hepatitis B (on the day of birth) and varicella (chickenpox), as well as a rotavirus vaccine (withdrawn a year after its introduction). Next, in the first decade of the 2000s, the CDC recommended an even larger batch of new vaccines, going after not just children but also adolescents and adults: hepatitis A, human papillomavirus (HPV), meningococcal conjugate, pneumococcal conjugate, rotavirus (again) and zoster (shingles), along with an adult tetanus-diphtheria-pertussis booster (Tdap) and a massive expansion of influenza vaccine recommendations for all ages. At present, the childhood vaccine schedule requires almost six dozen doses through age 18 for sixteen diseases.

The CDC is a major player in the vaccine marketplace, buying half of all childhood vaccines in the U.S. and then selling them to contracted public health agencies through the Vaccines for Children (VFC) Program, which pushes free and low-cost vaccines on indigent children. Over the past three decades, the CDC’s vaccine purchases have increased 15-fold as the average cost of fully vaccinating a child to age 18 rose from $100 to $2192—while vaccine companies have raked in the profits.

… the large number of patents held by the CDC deserves an in-depth review to determine exactly what current financial relationships with vaccine makers now exist and what…current impact those revenue streams are likely having on vaccine safety positions.

The agency’s involvement with vaccine manufacturers also extends to patents, licensing agreements and collaboration on projects to develop new vaccines. In fact, the CDC and the National Institutes of Health (NIH) profit handsomely from their ownership or co-ownership with private sector partners of vaccine-related patents. An early 2017 analysis of Google Patents results showed that the CDC held 56 patents pertaining to various aspects of vaccine development, manufacturing, delivery and adjuvants. By May 2019, the search terms “Centers for Disease Control and Prevention vaccines” retrieved 143 results in the Google Patents search engine, and a separate legal website displayed 10 screens worth of CDC patents, both vaccine- and non-vaccine-related. The author of the 2017 analysis suggests that the large number of patents held by the CDC “deserves an in-depth review to determine exactly what current financial relationships with vaccine makers now exist and what…current impact those revenue streams are likely having on vaccine safety positions.”

Gardasil is “perhaps the leading example of a new form of unconstrained government self-dealing, in arrangements whereby [HHS] can transfer technology to pharmaceutical partners, [and] simultaneously both approve and protect their partners’ technology licenses while also taking a cut of the profits.” It seems doubtful that agencies can remain impartial in the face of these profits.

At NIH, the influence on policy of profit-generating patents and licenses warrants similar scrutiny. According to one in-depth report, because “NIH frequently funds research with commercially valuable outcomes,” when NIH patents its inventions, the patents become “valuable commercial property” for the Department of Health and Human Services (HHS), the patents’ owner. In 2006, researchers described commercial partners as “essential to the NIH’s role of helping to facilitate the formation of novel healthcare products for the public.”

Some of the key technologies underlying the development of the HPV vaccines Gardasil and Cervarix emerged from research patented by the NIH’s National Cancer Institute (NCI), which then licensed the technology to Merck, MedImmune and GlaxoSmithKline. By 2009, HPV licensing had become NIH’s top generator of royalty revenues. Gardasil is “perhaps the leading example of a new form of unconstrained government self-dealing, in arrangements whereby [HHS] can transfer technology to pharmaceutical partners, [and] simultaneously both approve and protect their partners’ technology licenses while also taking a cut of the profits.” It seems doubtful that agencies can remain impartial in the face of these profits.