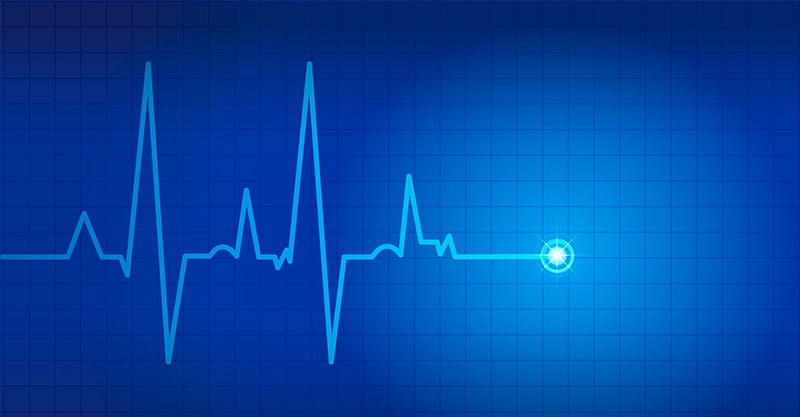 The death of a child is always a shocking event, but perhaps even more so when a young person dies abruptly and unexpectedly. When a previously healthy child dies because their heart suddenly stops, parents are bound to have questions about “why.”

The federal government defines sudden cardiac death as follows: “The heart suddenly and unexpectedly stops beating and blood stops flowing to the brain and other vital organs.” Medical websites make a distinction between sudden cardiac deaths and heart attacks, characterizing the former as an electrical “short-circuit” rather than a problem with circulation. Just what is causing the “short-circuits” has stumped many researchers, who say that identifying the “elusive” causes of sudden cardiac arrest or death in young people is like looking for a needle in a haystack. Ohio doctors who studied the nonfatal occurrence of heart spasms in male adolescents professed that they remained “uncertain” of the cause after finding that none had a family history of heart problems or any other cardiac risk factors.

In some instances, experts have placed the blame on preexisting health conditions such as epilepsy or asthma, or on an underlying cardiovascular or genetic weakness. Other probable culprits include pervasive exposure to microwave electromagnetic fields, which have been documented to provoke cardiac changes that include accelerated or irregular heart rate (tachycardia and arrhythmia) and sudden cardiac death; and environmental factors such as fine particulate matter air pollution (a well-known contributor to cardiovascular disease in susceptible older adults that is now recognized as a risk factor for healthy young individuals as well). Some medical professionals have occasionally noted the potential for sudden cardiac death to result from substance use—whether illicit stimulants or prescription medications (such as ADHD drugs and antipsychotics). All of these factors and more may be at play, but there is one other plausible contributor that most experts studiously ignore—and that is childhood vaccines, many of which clearly list the potential for adverse cardiac effects in their package inserts.

As of 2013, Sudden Unexpected Infant Death (SUID) accounted for about one in seven infant deaths (about 3,700 annually), with about 20% thought to be related to cardiac vulnerabilities activated by exogenous stressors.

Piecemeal reporting of cardiac deaths in the young

Children born in the U.S. are 76% more likely to die before their first birthday than infants born in 19 other wealthy nations, and sudden infant deaths are one of the top five causes. Since 2009, these deaths have been monitored by the Centers for Disease Control and Prevention’s (CDC’s) Sudden Unexpected Infant Death (SUID) Registry, which operates in 22 states and jurisdictions. As of 2013, SUID accounted for about one in seven infant deaths (about 3,700 annually), with about 20% thought to be related to cardiac vulnerabilities activated by “exogenous stressors.”

Until 2013, reporting of sudden cardiac deaths in young people over age one was haphazard. In that year, the CDC joined forces with the National Institutes of Health (NIH) to establish a Sudden Death in the Young Case Registry (SDY-CR) in 10 states and jurisdictions. The SDY-CR surveillance system now collects comprehensive information on sudden cardiac deaths (as well as sudden epilepsy-related deaths) in youth under 20 years of age—but the registry has yet to produce any significant reports.

Prior to either registry, in the early 2000s, reports began surfacing of an increase in sudden cardiac deaths in adolescents and young adults. CDC researchers reported a 10% increase in deaths from cardiac arrest in 15-34-year-olds over the seven-year period from 1989 to 1996—a finding reiterated in 2012 by the American Academy of Pediatrics. The increase translated into about 3,000 deaths annually by the mid-1990s. Although more recent numbers are harder to come by, in 2015, the American Heart Association reported over 6,300 “out-of-hospital cardiac arrests” in American youth less than 18 years of age, citing survival rates ranging from about 10% to 31%. A single state (Michigan) reported an average of 35 sudden cardiac deaths a year in children and teens under age 20 as of 2009.

Many vaccine package inserts list cardiac-related adverse events that have occurred either during clinical trials or during postmarketing. For example:

Death (listed as a “general disorder”) is one of the adverse experiences reported after approval and marketing of the Gardasil and Gardasil-9 human papillomavirus (HPV) vaccines. In an intriguing article in Autoimmunity Reviews just published by leading autoimmunity expert Yehuda Schoenfeld and an international team of colleagues, the authors propose that an autoimmune mechanism—namely, vaccine-induced autoantibodies against cardiac proteins—may be related to cardiac-related adverse reactions to HPV vaccination, including sudden cardiac death.

Another factor potentially linking vaccines and sudden cardiac death is thimerosal, the ethylmercury-based preservative. Thimerosal is still present in significant quantities in influenza vaccines and as a “trace amount” in the tetanus-diphtheria (Td) vaccine. Mercury has been shown to damage the cardiovascular system even at low levels of exposure.

…studies have highlighted a positive correlation between number of vaccine doses and increasing infant mortality rates, and case studies have described compelling temporal associations between vaccination and death.

Finally, where sudden infant deaths are concerned (some of which are cardiac in nature), there is abundant evidence that vaccines may be contributing in several ways. Epidemiological studies have highlighted a positive correlation between number of vaccine doses and increasing infant mortality rates, and case studies have described compelling temporal associations between vaccination and death.

Children today live in a toxic world. There is little doubt that multiple factors are interacting synergistically to stress the heart’s exquisitely fine-tuned electrical system. In addition to the powerful influences already mentioned—microwave electromagnetic radiation, fine particulate air pollution, pharmaceuticals and vaccines—media reports continue to identify other toxic exposures besetting our youth, with some of the latest dangers cropping up in personal care products and energy drinks. We owe it to children to protect them as much as possible from these external stressors so that they can use their hearts for what really matters.